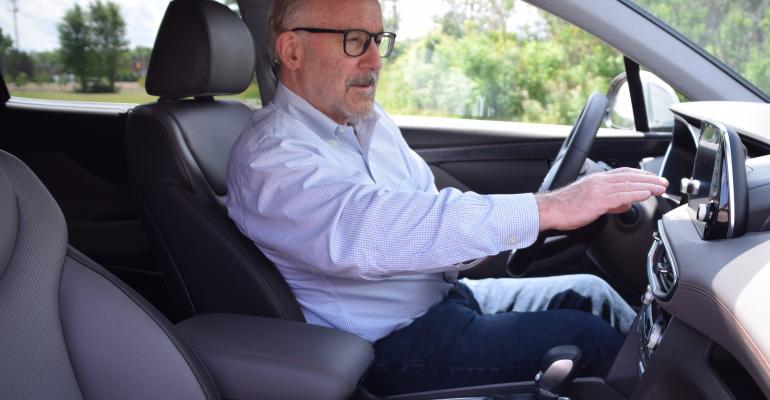 Hyundai always has been about delivering value. That clearly is the goal with its UX strategy of offering just about more of everything than the competition.

TRAVERSE CITY, MI – Hyundai is doing a media test drive of its all-new Santa Fe compact CUV in several weeks and WardsAuto is deep into testing for our Wards 10 Best UX competition, so Hyundai offered us an interesting proposition: Test-drive the new vehicle on the 250-mile (402-km) trek from Detroit to the CAR Management Briefing Seminars in Northern Michigan, but only write about its user-experience features and nothing else.

A few years ago, this offer would have made no sense. But in a world where smartphone compatibility and infotainment systems now are more important to many consumers than engines and driving dynamics, and automakers are talking about cars being “fun-to-be-in” rather than fun-to-drive, we jumped at the chance. There is plenty to write about what’s going on inside the new Santa Fe without spilling the beans about anything else.

Between analyzing the advanced-driver-assist systems, testing voice commands, comparing CarPlay navigation with the onboard system and fiddling with a dozen other functions, this was the busiest we’ve ever been driving to MBS.

Other nice features for this price are a windshield head-up display, heated and ventilated front seats, heated rear seats, wireless device charging, surround view monitor, a safe-exit feature that prevents occupants from opening a door in front of a bicycle or motorcycle and a rear-occupant alert, plus four USB ports and three 12V plugs for charging laptops and other devices.

Fiddling with electronics and scribbling down notes while driving usually would be risky behavior. But the Santa Fe’s lane-keeping assist system does a great job of staying centered in the lane without ping-ponging, and it smoothly steers through sweeping curves on the expressway almost like an autonomous car.

The adaptive cruise control keeps a safe distance from vehicles ahead while we write down comments. Four gap choices are available, ranging from about 2- to 4-plus seconds. The ACC also will bring the car to a full stop and restart without touching the pedal. It was a lifesaver in Grayling’s brutal downtown traffic (all three traffic lights). 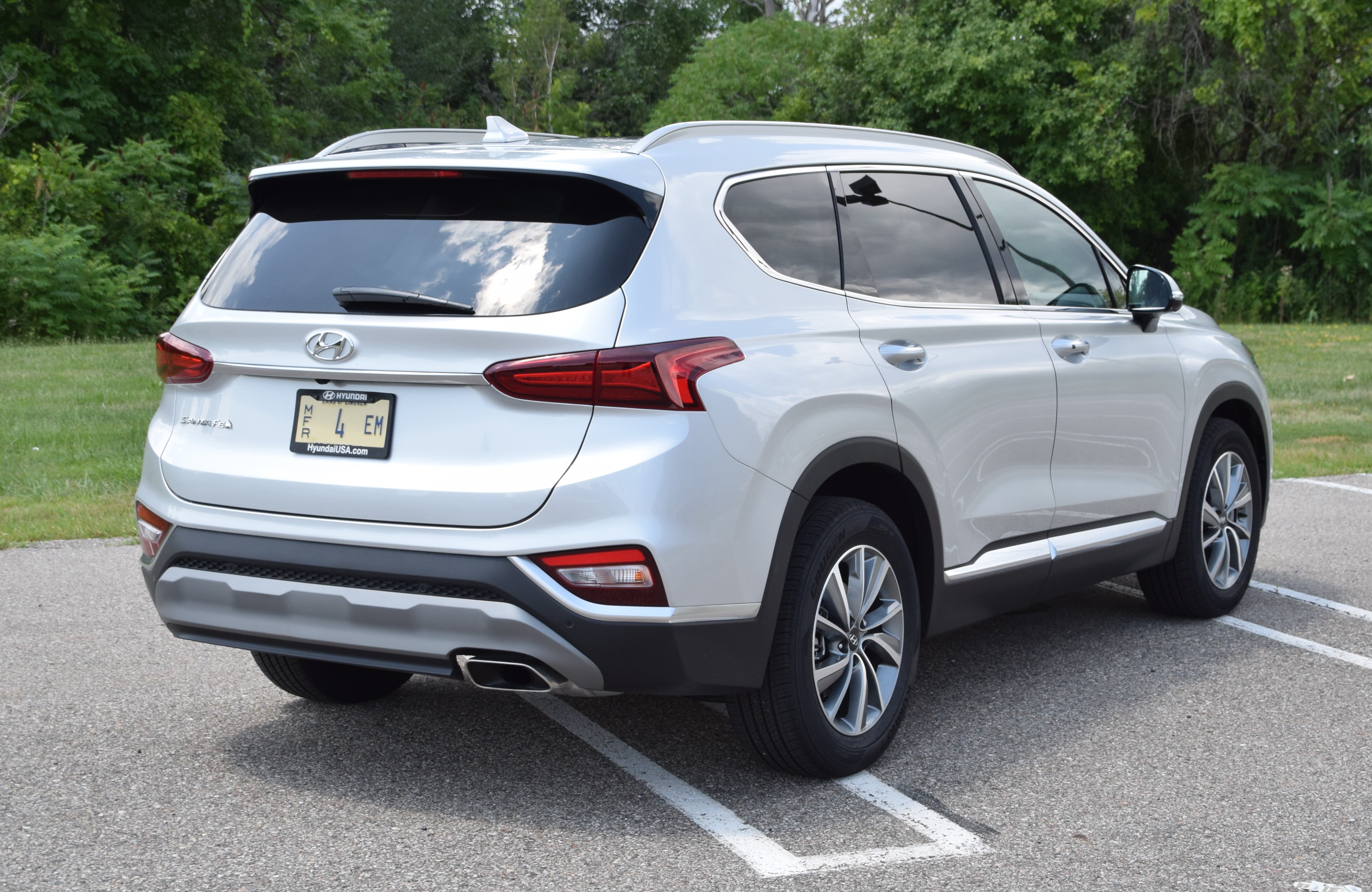 One issue we found with the ACC was that when we pulled to the right into slower traffic to allow faster traffic to go by and then moved back into the clear left lane, the car was slow to speed up. We had to touch the accelerator pedal several times over a 75-mile (121-km) stretch to keep ahead of faster traffic coming up from behind. Switching to sport mode does speed up the response time with a quicker downshift.

A note about different UX philosophies: The automotive user experience is about surprising and delighting people with technology, but most importantly, it’s about making technology easy to use and minimizing distraction. The Volvo XC40 has one of our favorite tech features. If you push the voice-control button in the Volvo and say, “I’m hot” or “I’m cold,” the car will tell you it is lowering or raising the temperature three degrees. Cool!

If we say that in the Santa Fe, nothing happens. But it has two big climate-control knobs for driver and passenger within easy reach that allow you to change temperature in a heartbeat. Which system is better? We report, you decide.

Immediately beneath the climate-control knobs are five gloriously big buttons for seat heating and cooling. They’re so big you can control them without looking. And that’s the point. Plus, those ventilated seats feel mighty comfortable on a long drive in the summer.

The layout of the Santa Fe’s displays and controls reflect today’s best thinking in UX design. In addition to strategically placed volume and climate-control knobs and big buttons that are slightly angled to the driver, all the displays are arranged in front of the driver according to cognitive workload.

Information the driver needs to look at frequently, such as speed, navigation and infotainment choices, is placed in front, at eye level, in the HUD and in the central instrument cluster. Less important but more detailed information is in the center stack display, again at eye level. Some may complain about displays located high on the center stack, but that’s where they need to be.

The onboard navigation system works well and has excellent graphics, clearly depicting road signs and complex intersections and lanes and giving lots of helpful traffic warnings and updates. We plugged in CarPlay navigation for half the trip and it also works well and is easy to jog between the navigation screen and Pandora and other apps without losing navigation prompts. The main differences we find between phone projection navigation systems and onboard nav systems is the onboard systems offer better visual information and more details, such as upcoming turns, while the phone systems provide more precise verbal directions.

The quality of materials throughout the cabin is class-leading. The material that covers the headliner and pillars is a soft, textured fabric that has a fresh and sophisticated look that’s a million miles away from mouse fur.

The instrument panel covering is very low-gloss, nicely textured and has a soft, elastomeric coating. All the materials on the door panels and center console are pleasant to the touch.

A few negative issues did turn up. The HUD display is easy to see in bright sunlight, but it becomes almost invisible with polarized sunglasses. Voice commands are uneven. Say “SiriusXM, channel XX” and the system responds perfectly with your channel, but say it a little differently and it may not understand. The same goes with driving directions. Siri is better.

But if you really want to give voice commands, Hyundai offers its Blue Link subscription app that will allow you to tell Amazon’s Alexa to remotely start your car in the morning. She will do it, and has done it more than 12 million times, Hyundai says.

Hyundai always has been about delivering value. That clearly is the goal with its UX strategy of offering just about more of everything than the competition. Despite a few growing pains, it’s a compelling strategy.