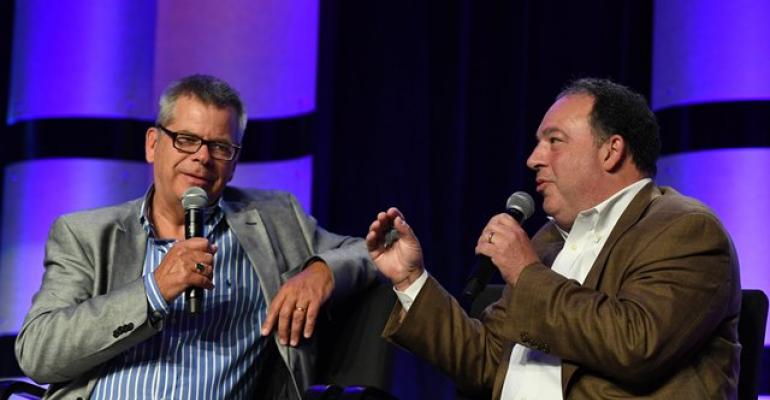 The rules have automaker fleets already meeting future rules, and technology exists to satisfy the 2025 bogey, regulators say, while sales are at all-time highs.

TRAVERSE CITY, MI – Speakers participating in last year’s public policy session at the CAR Management Briefing Seminars took off the gloves. This year, they slipped on the brass knuckles to debate how regulators and the industry should press forward on future fuel-economy and carbon-dioxide emissions rules.

Christopher Grundler, director-Office of Transportation and Air Quality at the EPA, says a newly released report on existing CAFE and greenhouse-gas rules shows they are effective.

“This policy is working spectacularly,” he says. “It is indisputable.”

Automakers already are meeting future rules, and technology exists to satisfy the 2025 bogey, Grundler says, while sales are at all-time highs. He says early concerns the standards might put consumers in cars they do not want were unfounded.

Mitch Bainwol, chairman and CEO of the Alliance of Automobile Manufacturers, shoots down the report that claims automakers have the technology to meet projected 2025 rules.

“Our view from a lobbyist perspective is there is an over projection of technology performance,” Bainwol says during Tuesday’s throw-down here.

John Bozzella, president and CEO of Global Automakers, adds: “They say it is a technical assessment, not a policy document, but there’s policy in it.”

Grundler says: “Repeat after me, ‘It’s a technical report, not a policy report.’”

Citing AAM polls, Bainwol says contrary to Grundler’s perspective, Americans resoundingly prefer gasoline engines more today than in 2012 when the rules were approved, and they do not expect gas prices will rise significantly. People also are ambivalent toward the notion of climate change due to GHG emissions, he says.

More than 70% of consumers who owned hybrids or electric vehicles traded them in for something else, backing off a second go-around with the technology, Bainwol says.

The industry was duped by regulators four years ago with the promise that NHTSA, the EPA and the California Air Resources Board would harmonize rules, he says, adding the lack of harmonization stings most.

“When the companies embraced CAFE, we did so because we felt it served a public purpose,” Bainwol says. “But (rules) are not harmonized. That produces regulatory friction, which drives up the cost of product.”

Higher vehicle costs keep old cars on the road, too, Bainwol says, which compromises safety, risks reducing sales, does nothing to improve fleet efficiency and could contribute to job losses. And as a law meant to limit consumption, it goes against consumer sentiments expressed in the AAM poll.

“There has to be a balance. We’ve got to get this right,” he says of the upcoming public midterm review of the 2025 standards. “It is about employment, it is about saving lives on the road. There are many, many factors at stake, and we’ve got to make sure to consider all the factors and reach a conclusion that works for everyone.”

The impression that Americans are not interested in alternative propulsion could be traced back to the product being offered by traditional automakers, says Diarmuid O’Connell, vice president-Business Development at Tesla.

Tesla to the Rescue

Those products are too expensive, he adds, even when federal and state incentives are applied. Availability is generally limited to California, and their makers are penny pinchers when it comes to advertising those EVs.

O’Connell suggests Tesla play a larger role in helping the industry meet 2025 CAFE standards as they exist today by selling traditional automakers more of its zero-emissions credits. But for that to play out, Tesla would need regulators to keep the CAFE rules as-is or factor in more incentives.

“We’ve offered the carrots,” he says. “The sticks must remain.”

“It has increased sales at our dealership,” he says.

But he worries new vehicles already are becoming unaffordable for millions of consumers. He urges regulators to consider that reality before adopting stringent fuel-economy mandates that could add thousands of dollars to vehicle prices.

“Be cautious,” he says. “If you want consumers to win, part of it has to be affordability of product.”

Bainwol frets that zero-emission and CAFE requirements could “hit the (auto industry) at the wrong time,” exacerbating a potential sales downturn that many analysts see coming. “Regulatory risk is a factor,” he says.

But in a quest for emission reductions, Mike McCarthy, chief technology officer for a division of the California Air Resources Board, says, “We can’t afford to take anything off the table right now.”