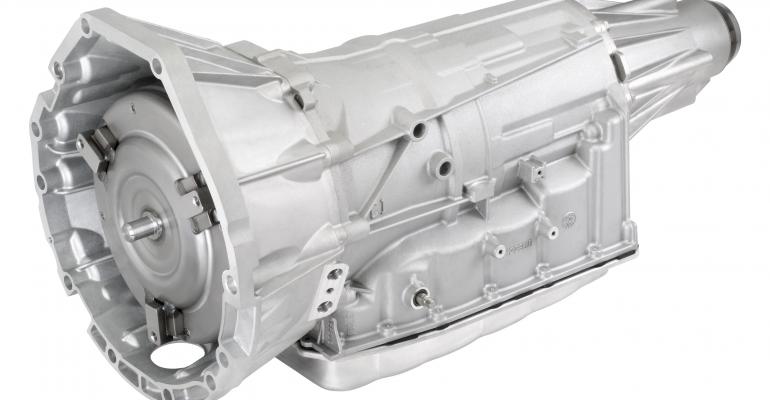 What Happened to That GM 8-Speed Anyway?

General Motors still plans to bring an 8-speed automatic transmission to market after hooking up with Ford earlier this year for future 9- and 10-speed varieties, but don’t expect the long-awaited gearbox in its trucks and high-performance sports cars, as most industry watchers originally thought.

GM first announced in 2011 plans to put the fuel-saving 8-speed unit in rear-wheel-drive applications and left the door open for speculation on when they might arrive. With the auto maker’s redesigned Chevy Corvette and large trucks just a couple years away and fuel-economy rules tightening, most of us figured those vehicles would be among its first applications.

But late last year when WardsAuto and other publications got their first glimpses of the Corvette and the Silverado and Sierra pickups, they were outfitted with 6-speed automatics.

“You’ll see our truck powertrain strategy unfold over time,” he told us.

Then there was the new Cadillac CTS unveiling earlier this year and again no GM 8-speed. In fact, the auto maker went with an Aisin 8-speed for the Vsport model, spurring chatter the auto maker had either killed, or stalled, its own gearbox.

Things only got more confusing in April, when GM announced additional U.S. facilities investments and reiterated that Toledo Transmission would build the 8-speed. The auto maker said it would work its way into “numerous GM models” by the end of 2016.

At that time, sources told WardsAuto the GM 8-speed remained in play.

More recently, we’ve learned the program had indeed been in flux at GM, but given how far development had come and the fact the automatic likely will be sold to other auto makers, it made sense to continue. More intriguing, however, is the fact that the automatic will not appear in the large pickups, SUVs and beefy sports cars as originally, and perhaps wrongly, assumed.

The 8-speed, in fact, likely will appear first in GM models based off the current Sigma and Alpha platforms, according to a WardsAuto/AutomotiveCompass forecast. That means 4-cyl. and naturally aspirated V-6 engine models of the Cadillac CTS, ATS, XTS and the next Chevy Camaro. It also will appear in models meant for export that will not be sold in North America.

So why not stick an 8-speed under a truck or a Corvette? It’s because this particular 8-speed is meant for low-torque applications only. The Corvette Stingray, for example, cranks out a gear-splitting 450 lb.-ft. (610 Nm) of torque and the Silverado with its volume-selling 5.3L V-8 doles out 383 lb.-ft. (519 Nm).

That’s also why the ’14 Cadillac CTS Vsport with its all-new 3.6L twin-turbo V-6 will receive an Aisin-sourced 8-speed. The engine’s 430 lb.-ft. (583 Nm) of torque probably would stir the GM unit into pudding.

GM thinks at this point in the industry’s walk to a U.S. fuel-economy average of 54.5 mpg (4.3 L/100 km) by 2025, it doesn’t need anything greater than a 6-speed transmission for trucks and sports cars because of their tremendous low-speed torque.

Jordan Lee, head of GM’s small-block family of large V-6 and V-8 engines, puts it like this: Imagine two bicyclists, a young boy and a grown man, tackling a steep grade. The boy must switch to a lower gear to keep pedaling up the grade, whereas the adult doesn’t have to because his legs are stronger.

“It all about torque,” Lee says.

“There’s a lot of posturing going on out there as far as transmission speeds go,” says Luke, who claims GM actually has pulled ahead release of its 8-speed.