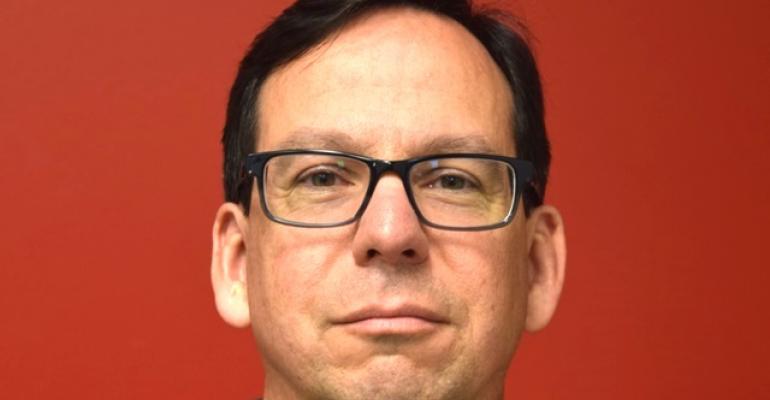 We take our selection each fall of the Ward’s 10 Best Engines very seriously, because automakers and suppliers use these trophies to inspire teams of engineers to strive for more torque and horsepower and hone technologies that reduce friction, eliminate weight, improve combustion and mitigate pollution.

Likewise, consumers increasingly use our list when shopping for new vehicles. We have heard firsthand from people who, when deciding between one car or another, end up with a powertrain we recommended.

It’s for these reasons the editors of WardsAuto feel compelled to suspend Volkswagen and Audi from participating in the Ward’s 10 Best Engines competition until further notice. VW owns numerous other brands, but they do not participate in our competition because they don’t fit under our $61,000 price cap or are not sold in the U.S.

VW’s 1.8L turbocharged gasoline 4-cyl. that has made our list the past two years will be excluded as we evaluate some 35 new or improved powertrains over the next two months before announcing the 2016 winners on Dec. 10.

Normally, the 1.8L would be entered automatically as a returning winner, but this year is different.

Caught red-handed in a diabolical scheme to write software smart enough to scrub diesel emissions only when regulatory tests were being run on 11 million vehicles dating back several years, the Volkswagen Group has stooped to a new low in the quest for emissions compliance, a competitive edge and consumer appeal.

I’ve often thought “German Engineering” was a term of unquestioned repute, having visited dozens of plants and tech centers from Munich to Dusseldorf to Wolfsburg, speaking with engineers who are just as fluent in English as in their native language, even when delving deep into a particular technology.

Clearly, the bad apples who concocted this blatant deception do not represent all German engineers, but they certainly reflect poorly on them, inviting the scorn of the automotive world, costing CEO Martin Winterkorn his job and causing a massive corporate shakeup. Fines will be monumental, measured in billions.

Across Germany, environmental awareness has become baked into the culture. Recycling bins are plentiful, particularly in cities, and litter is scarce, except in some of Frankfurt’s seedier neighborhoods. Conservation has become a way of life.

To think some rogue engineers purposely rigged emissions equipment knowing they would spew tons of harmful oxides of nitrogen into the air we breathe is unconscionable. You can’t make this stuff up.

What’s worse, WardsAuto editors – as well as many other journalists – have been singing praises to modern, “clean diesel” engines for nearly 20 years, because they are fun to drive and loaded with torque, while clobbering gasoline engines in fuel efficiency.

All of those attributes remain untainted for vehicles with emissions systems working as they should. BMW, Mercedes-Benz, General Motors and Fiat Chrysler also sell light-duty diesel engines in the U.S., but their sales outlook suddenly has grown murky, thanks to VW’s shenanigans.

That’s a shame because diesel engines are in about half of all new vehicles sold in Europe. The European Union is adopting tough standards for carbon dioxide and other emissions for 2020, and BMW says they only can be fulfilled through extensive use of modern diesels and further electrification.

It seems hard to imagine those percentages not falling as a result of VW’s diesel scandal, which implicates Audi, SEAT and Skoda as VW Group brands selling compression-ignition engines.

The EPA also is investigating VW’s 3.0L turbodiesel V-6, which is used by the VW, Audi and Porsche brands.

It seems only fair to exclude VW and Audi from participating in Ward’s 10 Best Engines until we are convinced the culture of deceit has been purged, fines have been paid and regulators are satisfied.

In the testing cycle soon to begin, VW had no other new engines eligible for our competition. However, Audi was submitting a new 2.0L turbocharged 4-cyl. gasoline engine in the A6, and we also were hoping to get the A3 e-Tron Sportback plug-in hybrid.

Those Audi entries are excluded this year, and we will decide next fall whether to include them in the 2017 competition.

People may be wondering how WardsAuto editors didn’t pick up on VW’s gamesmanship. It’s because we do no instrumented testing for 10 Best Engines. We drive the vehicles as they are intended – on city streets, highways, 2-lane roads and in neighborhoods.

We consider the technology baked in, compare specs with rival engines and observe NVH and fuel economy. Even the EPA, whose job is to certify that vehicles and automakers are complying with emissions regulations, didn’t catch on to VW’s trickery for years.

Last fall, we tested a ’15 VW Golf TDI because the 2.0L diesel (codename EA 288) had been significantly re-engineered as part of VW’s MDB engine architecture, making it eligible for 10 Best Engines.

Urea-based selective catalytic reduction, an expensive and complex feature, had been added to treat NOx emissions. Up until this time, only the larger VW Passat had SCR. For years, VW had been telling us their diesel engines were so clean, most didn’t need SCR.

Come to find out, even VW vehicles with SCR installed weren’t using the system, except for when the vehicles detected they were hooked up for regulatory emissions testing.

Bypassing such equipment will boost an engine’s fuel efficiency, which may explain why the Golf TDI was an astonishing 7 mpg (2.9 km/L) better in our testing than the Chevy Cruze diesel, a car of similar proportion, with the same size engine and also using SCR.

I recall arguing in favor of the Golf TDI last fall, but I agreed with others that the gasoline 1.8L turbo-4 was more deserving. Today, I’m relieved the VW diesel didn’t make the 2015 list.

And at the same time, like many other industry observers and VW owners, I’m feeling bamboozled.