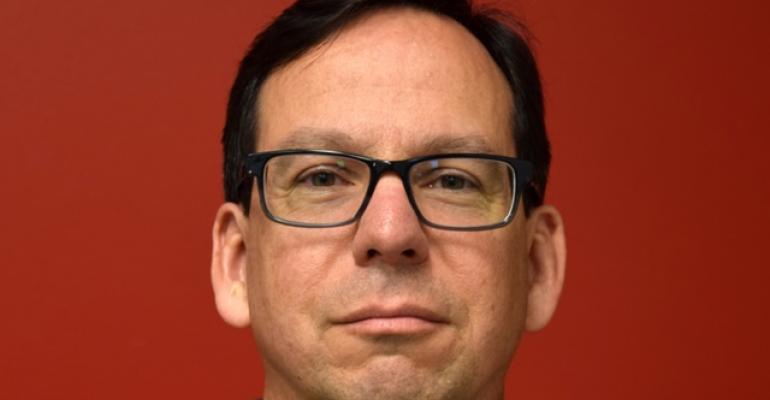 Conti’s Cloud-to-Car Navigation: You Lost Me

So just how intertwined will connected cars be in the future?

The sky is the limit, literally.

Continental is shopping its concept of the Dynamic Electronic Horizon, which makes modern navigation systems seem about as relevant as the tattered paper maps collecting dust in our glove boxes.

The German mega-supplier, whose portfolio includes instrumentation, display screens and a wide array of safety electronics, developed eHorizon in partnership with IBM and Nokia’s HERE, which is billed as the world’s first “location cloud” that is compatible with any screen and any operating system.

Rather than merely guiding motorists from Point A to Point B, Continental envisions a massively advanced real-time navigation system that takes into account all sorts of factors, including current and forecast weather, road conditions and curvature, the speed of other vehicles on the same road, posted speed limits (even in construction zones) and whether you are about to cross paths with an ambulance or other emergency vehicle.

If an 18-wheeler just jackknifed 5 miles (8 km) ahead, you’ll find out instantly and won’t have to wait for news from the local radio station.

As you approach a red light at an intersection, your car can know how many other vehicles are already waiting and how long until the light will turn green. Based on that information, the vehicle could suggest a slower approaching speed.

Where’s all this information coming from? You guessed it, the cloud.

Continental, as well as others pursuing the concept of connected cars, envisions vehicles capable of performing like sensors, constantly transmitting vital information to the cloud – or, more specifically in the case of eHorizon, the IBM computer servers in Dallas.

There, information can be processed and beamed back to nearby vehicles that would find this information useful. It all can happen in less than a second, we’re told. The car-to-infrastructure portal would be in play, too.

Forgive my inability to process the vast implications. At some point in the future, will it really be possible for some 250 million vehicles on U.S. roads to send a never-ending stream of data to some server whose supreme intelligence allows it to carry on a digital conversation with each and every moving vehicle, even those being recklessly driven?

Mind you, those conversations won’t just be about the weather. We’re talking about the number of cars in the area whose stability-control systems have been activated due to slick roads or whose windshield wipers are running intermittently or at full speed.

Or maybe the discussion is about a traffic situation that won’t be visible to the driver for several minutes and whether it’s a good idea to prep the brakes and steering just in case.

We’re talking really, really Big Data, the kind of computing intelligence that makes me feel utterly inferior as a lowly human – a world where HAL is in charge.

By the time these systems are fully implemented, computers won’t even let us drive cars. They’ll know better, with their ability to see into the future and around blind corners.

At January’s Consumer Electronics Show in Las Vegas, Continental demonstrated the eHorizon system successfully with 75 simulated vehicles digitally traversing Sin City’s gridlock during one of its busiest weeks of the year.

Even with a minuscule number of vehicles, as few as 1% of those on the road, Continental says the system can discern traffic patterns with a fair degree of accuracy.

“It’s open-sourced and IBM uses message sites. Each one of these blades can support 1 million concurrent connections and 13 million messages per second,” he tells journalists.

Even though Continental’s Vegas demo simulated a mere 75 cars, Desai says IBM’s “back end, with our algorithms, can support many, many more.” The system is expected to be on the road in passenger vehicles within three years.

eHorizon has some real-world experience, thanks to a fleet of Scania trucks that have been using the software since 2012 as part of a cruise control system incorporating active prediction.

The technology, which uses a 3D profile of the route ahead to adapt the speed of the vehicle, has been proven to reduce fuel consumption on average 3%. It’s now standard on Scania trucks.

Since 2012, the system has saved some 16 million gallons (61 million L) of diesel fuel, bolstering the fleet’s bottom line by some $62 million.

Wow, that’s real money, thanks entirely to sophisticated electronics and the ability to communicate via the cloud.

But what happens when the sky is clear blue, and there’s no cloud to be seen? Does everything shut down until the sky turns gray? And it’s too bad this stuff won’t work in California because it never rains there.

What’s your answer to that, Big Data?