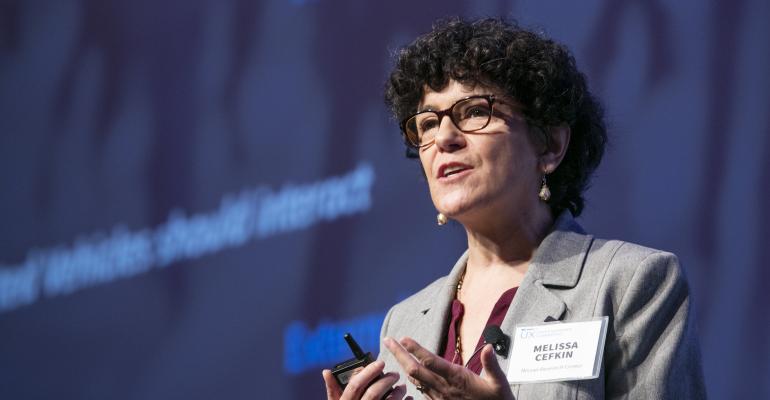 “Trust and fear are part of an ongoing relationship that will continue to develop. Our aim is to develop autonomous vehicles that are harmonious with society and operate in socially acceptable ways,” says Nissan cultural anthropologist Melissa Cefkin.

Just about every automaker in the world is enlisting experts from a variety of fields outside engineering and design to help them develop autonomous vehicles. One of the best known is Nissan’s Melissa Cefkin. Her official title is principal researcher-Human Centered Systems, Nissan Research Center. She is a cultural anthropologist who is helping Nissan designers understand how pedestrians and drivers of conventional cars will interact with AVs.

We interviewed her recently in conjunction with her speaking at the Wards User Experience Conference on a panel titled “How to Create Trust Inside and Outside Autonomous Vehicles.”

Here is an edited transcript:

Wards: The science of anthropology is not well understood. Many confuse it with archeology, paleontology or other disciplines. What is the key thing people should know about cultural anthropology?

The key thing to know about cultural anthropology is that we understand culture to be the very essence of people’s existence. It’s like a fish and water – there are no people isolated from their cultural context.

My work in automotive, car systems, and future mobility is that I seek to look for taken-for-granted and assumed ways of seeing the world of cars, and to then tease apart how it could be different from different people’s perspectives. Cultural anthropology engages comparative methods, and the core method of participant-observation or ethnography – spending time in different communities to experience the world through their eyes – allows us to defamiliarize our own taken-for-granted assumptions.

Wards: What are you doing at Nissan and how did you wind up working for an automaker?

Cefkin: I’m at Nissan to help develop human-centric, socially acceptable mobility futures, especially related to the development of automated and autonomous vehicles. Maarten Sierhuis, the founding director of the Nissan Research Center in Silicon Valley, had a long history of working with social scientists in tech development.

Cars are profoundly social objects. People often imbue them with identities, they have profound impact in structuring livelihoods and personal relationships, and we interact with them daily whether we want to or not. Bringing a social lens to the development of future vehicle systems makes complete sense.

The focus of my group so far has been on development of core AV architectures and systems: how AVs should behave and how they should interact.

Our key (though not only) focus so far has been on other road users’ encounters with robots on the road. We work with AV system developers on core modules, and we are leading in developing external signals for communications. We are uniquely positioned at this intersection with the artificial intelligence development for AVs.

Wards: Is it common for anthropologists to work in the corporate world?

Cefkin: It has become much more common over the last several decades. When I first started work in corporate settings you could count on two hands the people in the U.S. engaged in such work. I edited one of the first volumes on the topic (Ethnography and the Corporate Encounter: Reflections on Research in and of Industry, Berghahn Books, 2009) but now there are many and it is a thriving community. Most of us didn’t train thinking we’d want to serve the interests of industry per se. But we do want to be where things are happening that impact people’s lives.

Wards: Are there a lot of anthropologists working in the auto industry?

Cefkin: By many accounts the original, and amongst the most famous business anthropologists is Marietta Baba. Marietta not only worked in automotive, she chaired the Wayne State department of anthropology before becoming Dean of Social Science in MSU. Wayne State still offers an MA in Business Anthropology, and many people in the program work for automotive.

Wards: Are they mostly involved with autonomous-vehicle research or have some been working on other things?

Cefkin: In most cases they work on organizational and workforce elements – plant operations, labor, management, etc. There is a long, well-established history of anthropologists in that realm.

A second area that some anthropologists have worked on in automotive for decades is marketing and market research. Product planning is another area.

Wards: What makes your group unique?

Cefkin: We work in the very upstream arena of product and service development. I don’t know of anything parallel in other OEMs or suppliers. However, in other tech areas it’s not uncommon. I spent 10 years at IBM Research, Intel has had anthropologists for decades – Microsoft, Pitney-Bowes, the telcos, and now of course Google, Facebook and Salesforce. In automotive, I believe we are rather uniquely positioned, especially with our hands-on interaction with the AI development.

Wards: The big issue with acceptance of AVs is trust. People must trust a machine with their lives and the lives of their children. You approach this issue from a different perspective, studying how pedestrians and other drivers react to autonomous vehicles. Why is this important?

Cefkin: Most people will encounter AVs first by driving beside them or walking in front of them. We consider these folks “users” too because they are sharing the road with AVs by default. We think it is vital to get this set of interactions right because this isn’t a matter of just focusing on a different consumer base, the broader public reaction will likely determine whether they are allowed on roads or not. And from the other side, the AV systems still have things to learn about how traffic moves, and interactions occur on the road.

Wards: So, you are looking at autonomy from a much broader perspective?

Cefkin: We are seeing the broader mobility ecosystem shifting. There are different business models, micro-mobility solutions, the greening of transportation, the shift of relational actions from the car to the phone/video, etc. All this is changing the relationship to the vehicle.

Even if purchasing/owning remains strong and those core relationships remain strong, people will have other transportation experiences too, whether it is when they travel for work, use ride hailing to avoid congested parking on a night out, or use scooters around a business park. The in-betweens of movement from mode to mode of transportation is another way in which greater attention will be paid to what happens around the vehicle, not just in it.

Wards: Are there precedents to this issue? When it was learned commercial airlines used auto pilot some people swore they never would fly again. Will humans just stop being afraid of autonomous vehicles when they become common, or will automakers have to be more proactive?

Cefkin: Of course, we should respect the fears and consider what they are telling us. Trust can’t be commanded. It is earned. A positive side is that we should always be careful not to encourage over-trust, with people taking unreasonable risks.

That said, what people say and what they do are not always commensurate. You can walk into many an organization that will say and believe it is a “flat” organization and find that certain people always assume the head of the table and never fetch others a cup of coffee. In other words, hierarchies exist. People will say they are totally rational beings and yet never walk under a ladder. That kind of thing. 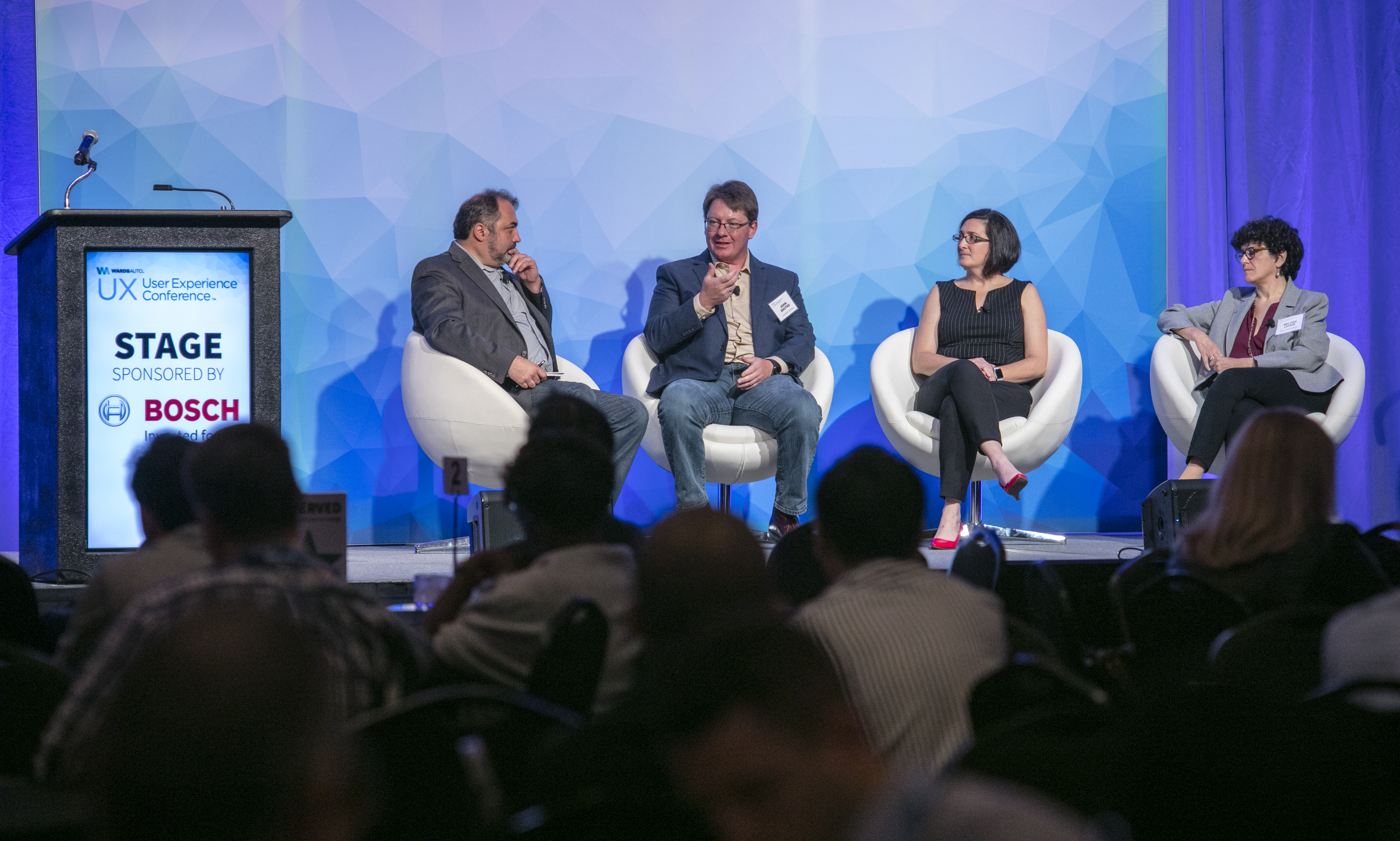 Wards: How do you research this? What is the process?

Cefkin: One of the principles of anthropology that we bring into our work in product and service development and corporate anthropology is to look out for this “say-do” distinction. What we look for is how people act on trust or lack of trust. Often, any given person is a bundle of different ways of acting, depending on the situation and terms.

We find this today in studies of road use. Pedestrians often claim they “always make eye contact.” Empirical observations suggest this is not true. What they likely mean is they seek some confirmation that a car has seen them and is taking appropriate actions vis-à-vis their presence.

For instance, a car starts to slow down. They are assuming the reason for the slowdown is the car has seen them – they do not in fact always make eye contact to confirm. If they did, nobody would ever be out at night. We try to understand the cues and signals that mean something to people that do/do not engender trust. We feel these more nuanced and often evolving considerations are more essential in gauging trust than surveying people.

We don’t dismiss what people think they would do, or how they feel today about this still unfamiliar eventuality. Hearing people express their understandings and feelings is especially important in these early stages of autonomous vehicle development. But we think that is only part of the story, and it also is necessary to go deeper to understand what that means to people in terms of their practices.

Wards: People are injured and killed every day by vehicles with drivers, but only a couple of fatalities have made the public more fearful of autonomous vehicles. What can be done to make them less scary?

Cefkin: Trust and fear are part of an on-going relationship that will continue to develop. Our aim is to develop autonomous vehicles that are harmonious with society and operate in socially acceptable ways. As discussed in our session at the WardsAuto UX conference, the eventual inclusion of external signaling for AVs could be an important feature along these lines.

Wards: Ford is championing an effort to get automakers and key suppliers to work together to develop a common strategy for AVs to indicate their intentions. Can this idea work, or will we end up with VHS vs. Betamax solutions?

Cefkin: When it comes to external HMI (human-machine interfaces), there are many discussions and efforts under way across the industry – both inside the standards organizations and beyond – along these lines. We (Nissan) have co-hosted with Toyota Research Institute and University of California San Diego a recurring workshop with participation from OEMs, suppliers, government and academic research on External HMI harmonization since 2017. I think people working on this topic all recognize that harmonization will be essential and are committed to working towards that.