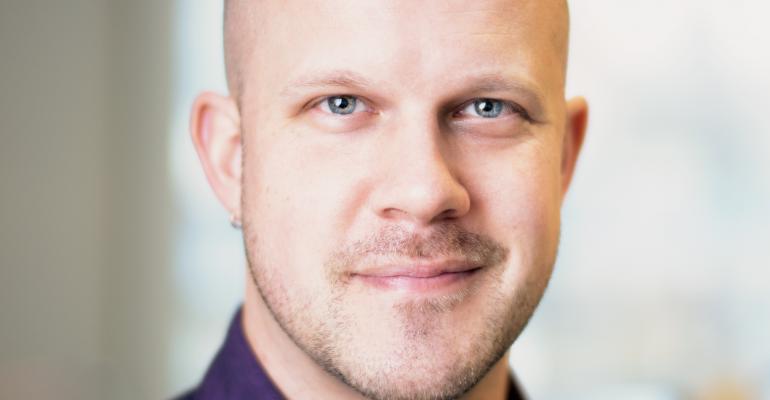 How to Create Iconic Autonomous Cars

Baby boomers and digital natives will be core markets for self-driving cars. Satisfying both these demographics may look like an insurmountable design challenge, but it is the key to success.&nbsp;

Baby Boomers have a long-established dominance as an economic force: 76 million Americans were born between 1946 and 1964. But in 2016, Millennials eclipsed Boomers as the largest generational segment. Add Gen Z, who together with younger Millennials make up the “digital natives” demographic, and you’re looking at an even larger market segment that demands attention and is firmly in the crosshairs of automakers today.

Not only are these large markets for automotive in general, but Boomers and digital natives are specifically relevant to the emerging revolution in autonomous vehicles. Boomers will be looking for a way to continue to enjoy independent living beyond their driving years. Meanwhile, digital natives are in their early car days. Many still may purchase a privately owned vehicle, but we see a significant number looking to mobility as a service and ultimately autonomous mobility as a means to kick start their independence.

What does this have to do with design? In traditional vehicle design, automakers sculpt sheetmetal and cluster features in order to attract target segments such as the youth market or families. This approach is tried and true, and for as long as cars are sold in the private market they will continue to be designed to attract specific target audiences.

But this strategy doesn’t work in the world of shared vehicles. Think about purpose-built taxis, such as the yellow Nissan Taxi in New York City. These vehicles are designed to accommodate the widest range of passengers and their needs. This thinking surely will be the foundation of shared autonomous vehicles in years to come. But adding a digital component changes the game significantly.

If we design vehicles to accommodate personal profiles, preferences, and moods, suddenly we’re looking at cars that shift and morph like chameleons. Many brands already are investing in these possibilities. BMW’s Mini brand epitomizes this ideal in its latest concept video, outlining its vision for a dynamic, personalized future.

And this is where the design of autonomous vehicles has to shift. We are approaching a fork in the road, where one subset of self-driving vehicles will continue to be designed for the private market, and another will be developed as ride-sharing vehicles for the public.

As such, they will have to serve a wider audience, accommodating savvy teens, jetlagged travelers and multitasking parents. This will require user-experience designs that combine the latest technology with the rock-solid usability of a public service. No small feat.

Consider for a moment Gen X, which falls in the middle of the two much-larger Boomer and Millennial demographics. This group (and I’ll speak for myself here) grew up with the worst digital UX ever.

Growing up at the same rate as the technology, Gen X struggled through the adolescence of personal computers, dealt with floating windows and disembodied mice, and interacted with most cars through small LED windows and an array of plastic buttons that resembled a giant TV remote.

Gen X may be enthusiastic about adopting new products, but they’re also too willing to suffer bad design. As a designer, it’s tempting to create products for yourself or someone like you, but to really push the needle you need to look at the more demanding ends of the spectrum.

To this end, many look at digital natives as the natural source of inspiration for our UX revolution. They pioneered an era where toggling between technologies is second nature, seamlessly switching between homework portals and snapchat.

Expectations are notoriously high. But how do we ensure our new ideas tap into simple, seamless designs that are truly revolutionary and not the result of the latest UX fad? My response is to take a page from the philosophy of universal design, which states that if you solve for the most challenging ends of the bell curve, you automatically solve for everyone in between.

Leapfrogging to the ‘Icon Moment’

So, what’s the value of talking to boomers when creating revolutionary design?  Jacob Goldenberg, an Israeli marketing academic, first suggested the value of focusing on technological laggards and their tendency to “leapfrog” poor design to ultimately align with the early adopters.

Gen Xers eagerly adopted each and every awkward step in the development of digital music, but many Boomers clung loyally to their analogue format of choice. In their eyes, the benefit tradeoff of digital music just didn’t add up. Boomers didn’t fall for the latest gadget just because it was new. It wasn’t until the iPod, which offered a truly revolutionary UX in terms of usability, that Boomers were willing to trade their vinyl for 1,000 songs in your pocket.

The point here is that Boomers told us when the design hadn’t been pushed far enough. It is in this way that we can start to see how Boomers might see us through the early years of digital car UX to truly revolutionary autonomous car design.

This is why designers need to look at the more demanding ends of the age spectrum with equal emphasis, simultaneously embracing Boomers and digital natives alike. Think about your parent whose desktop computer collected dust over the years, but found themselves liberated by their new tablet.

Then consider your nieces and nephews, who pick up new technology and apps without instruction. Both these groups, although seemingly poles apart in their age and attitudes, may actually come together to prefer experiences that are similar.

In the end, it is Boomers and digital natives that represent the most potential, not only in terms of revenue, but in the inspiration they can give us for better design.

Nate Giraitis is the strategy director at www.smartdesignworldwide.com. He worked on the team that designed the New York “taxi of tomorrow” and works with major auto manufacturers to design vehicles and mobility services.