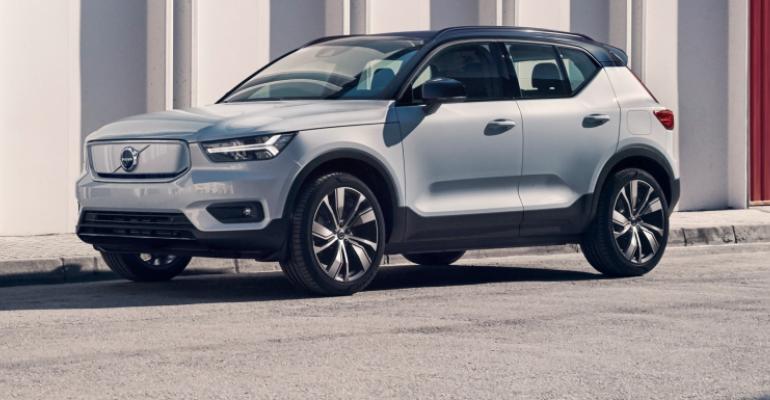 The ’21 Volvo XC40 Recharge P8 delivers 200 miles of range. Volvo is offering free electricity for the first year of ownership, all in an effort to make one out of every five Volvos sold during 2020 a Recharge T8 model.

LOS ANGELES -- Two years ago, Volvo announced its plan to electrify its entire lineup, offering hybrid, plug-in hybrid and electric drivetrains in new products debuting in 2020 and beyond.

The first electric vehicle to arrive is the ’21 Volvo XC40 Recharge P8, which goes on sale nationally at the end of 2020 for approximately $55,500. Apply the federal tax credit and any state and local incentives, and the price could drop to as low as $45,500 in California.

Volvo engineered the XC40’s compact modular architecture for electric propulsion, and now it gets those components. The 78-kWh battery pack is housed under the CUV’s floor (see photo below), with front and rear 300-kW electric motors providing continuous all-wheel drive. Volvo says there is no reduction of interior space due to the electric drivetrain. 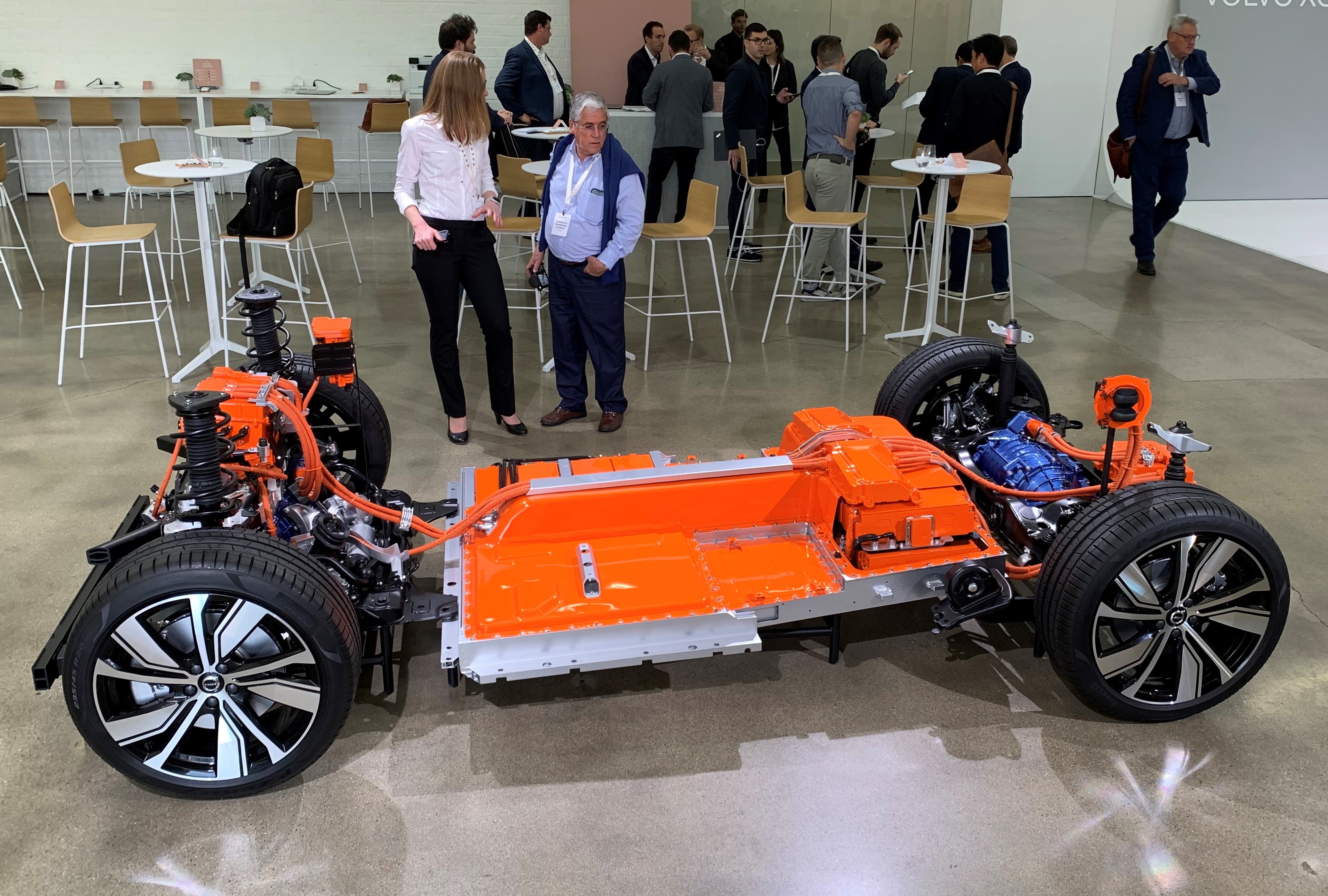 The power port is located on the left side of the SUV, just above the rear wheel well. Volvo says the battery pack recharges to 80% in 40 minutes using a 150-kW DC Fast Charger. Using a home charging station, the XC40 Recharge P8’s battery replenishes in about 7.5 hours.

The XC40 Recharge P8 is more than just Volvo’s first EV. It’s also the first Volvo to use the company’s new Google Android-based operating system and over-the-air software updates for the entire vehicle. This allows Volvo to offer new features and functions after the sale, just like a Tesla.

Volvo theorizes that if the XC40 Recharge P8 remains technologically up to date, people will keep them longer, and that’s good for the environment and the automaker’s long-term sustainability goals. “No longer will a car’s best day be the day it leaves the factory,” says Henrik Green, global chief technology officer and head of R&D-Volvo Cars.

Aside from on-screen graphics, the new infotainment system (see photo below) is a clone of the Sensus system used in current Volvos. Niclas Gyllenram, director of software development-Volvo Cars, demonstrated that looks can be deceiving. 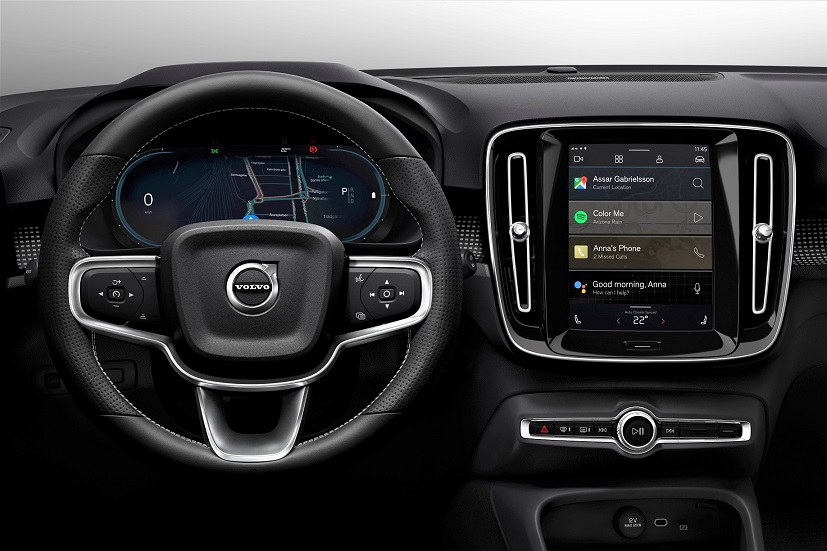 Everything behind the familiar user interface is new, the Android-based operating system representing a dramatic leap forward in terms of natural voice recognition, lightning-fast response to inputs, real-time traffic and charging-station data, personalization options and apps. Lots and lots of apps.

Request a specific artist through Spotify, adjust the cabin temperature, search the internet for information, find an obscure point of interest, send a text message to your mother – this new system does it all. And Volvo says it gets better at recognizing your voice over time.

Green claims the new XC40 Recharge P8 will be one of the safest vehicles the company has ever built. Because the internal-combustion engine that normally resides under the hood is replaced by the “frunk,” Volvo adds additional front structural elements to help absorb and deflect crash energy. To account for the batteries nestled into the belly of the platform, additional aluminum cross-members stiffen the car for side-impact collisions, protecting occupants while maintaining battery integrity.

Still more than a year from going on sale, the ’21 Volvo XC40 Recharge P8 is critical to Volvo’s long-term sustainability goals. But the Chinese-owned automaker isn’t waiting to start reducing its carbon footprint.

At the same time Volvo introduced the new electric XC40, it announced the rechristened Recharge T8 lineup of PHEVs for the ’20 model year. To encourage consumer adoption of PHEV technology, Volvo is increasing production, lowering prices and offering free electricity for the first year of ownership, all in an effort to make one out of every five Volvos sold during 2020 a Recharge T8 model. 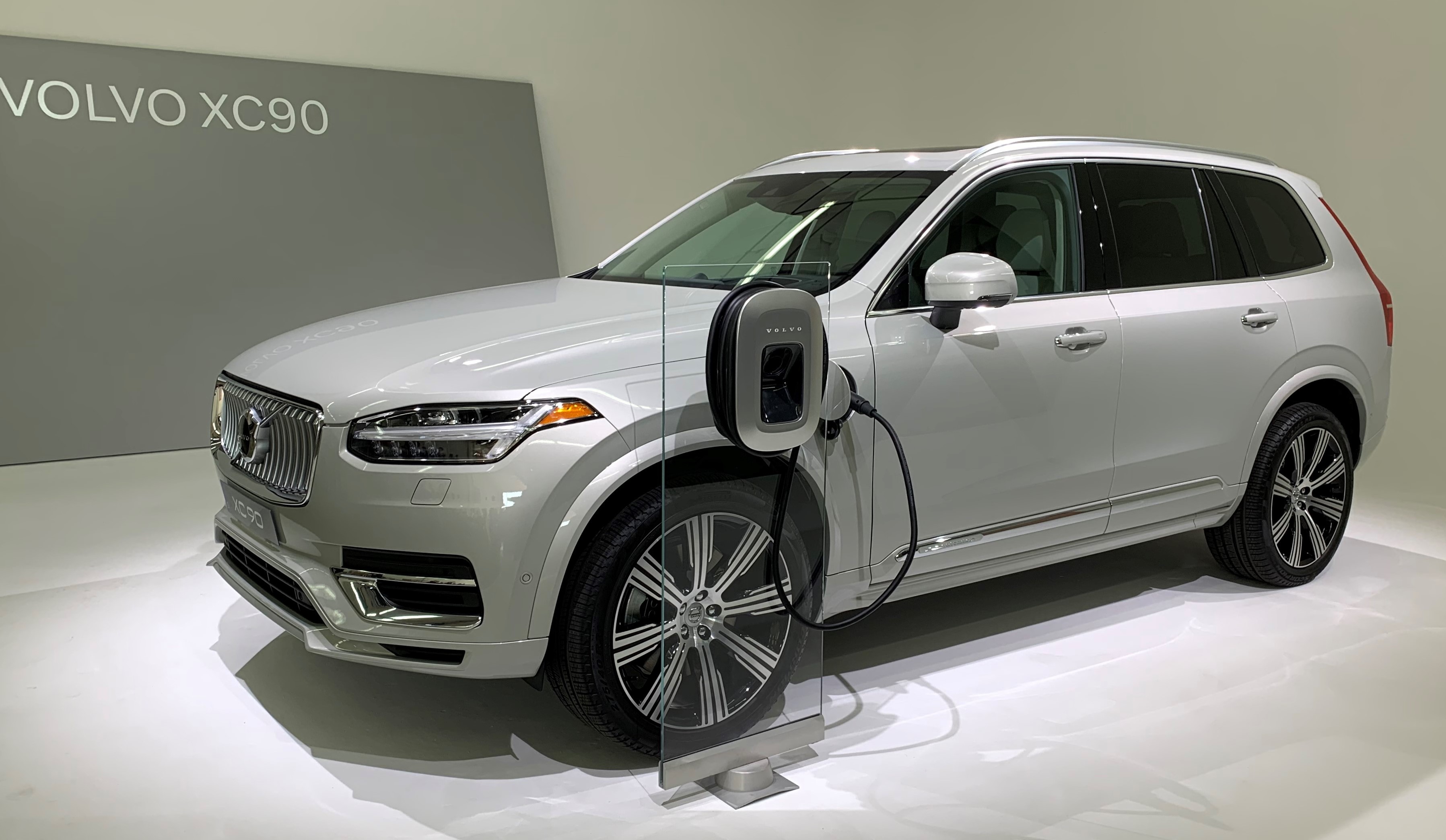