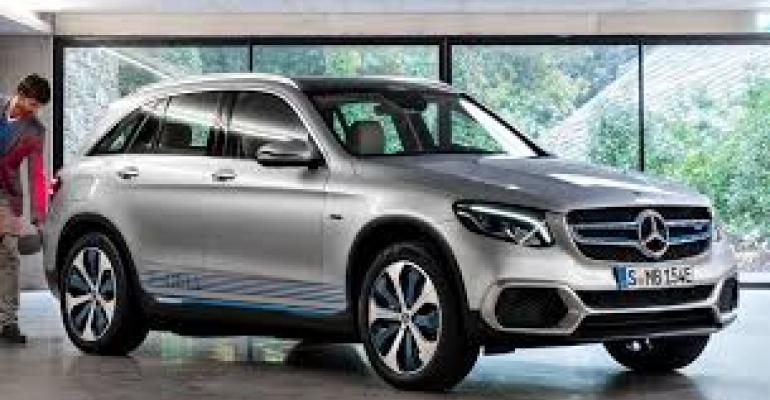 Ionity and H2 Mobility Deutschland – the first supporting battery-electric cars, the second hydrogen-fuel-cell vehicles – will help automakers plot a course as they begin a big rollout of new, longer-range EVs and a smaller-scale launch of first-generation FCVs.

Germany has become the center of clean-vehicle technology in Europe.

Two major projects – Ionity and H2 Mobility Deutschland, the first supporting battery-electric cars, the second hydrogen-fuel-cell vehicles – will help automakers plot a course as they begin a big rollout of new, longer-range EVs and a smaller, but significant introduction of first-generation FCVs to the market.

Munich-based Ionity plans to open 100 ultra-fast-charging stations (below, left) this year and 400 in 24 countries in Europe by the end of 2020. Each station will deploy an average of four 350-kW chargers. Of the initial 45 sites including stations under construction, 12 are in Germany.

Founded last November, Ionity brings together five major OEMs: BMW, Daimler, Audi, Porsche and Ford. For the moment they have not extended invitations to other OEMs. That means no Tesla or CHAdeMO chargers except in France and Austria, where all charging stations must be dual-standard so automakers such as France’s Renault and Peugeot will have access.

“Nevertheless,” Ionity spokesman Paul Entwhistle says, “the goal is for EV owners to always find a charging station within a 120-km or 75-mile range.”

From a practical standpoint, full EV-battery charging generally is not required and 80%, or even 50%, often will be sufficient. “For every car that has 800V capability (the Porsche Taycan Mission E is first to market), five minutes of recharging can give you an additional 100 km (62.5 miles) of range, which will completely revolutionize e-mobility,” Entwhistle says.

On the hydrogen-fueling side, H2 Mobility Deutschland has opened 52 stations in Germany with plans to open a total of 100 by the end of 2019. No other European country is investing to this extent in hydrogen infrastructure.

Each station costs between €1 million and €1.4 million ($1.1 million-$1.4 million), half of which is funded by both the German government and/or European Union.

Although the timetable, which originally was set for 2023, could be delayed depending on the speed of FCV rollouts, the commitment remains unchanged, says Sybille Riepe, H2 Mobility communications manager.

At present, only two fuel-cell cars are available, Toyota’s Mirai and Daimler’s GLC F-Cell, with Hyundai’s Nexo coming onto the market shortly. Other OEMs including Audi and BMW have product in the pipeline, and Germany is just beginning to turn its attention to commercial vehicles – buses, trucks and delivery vans.

“The key for us is to build an infrastructure for mass-market deployment,” says Klaus Bonhoff, managing director of NOW, which oversees Germany’s hydrogen and fuel-cell technology activities as part of the Federal Ministry of Transport and Digital Infrastructure. 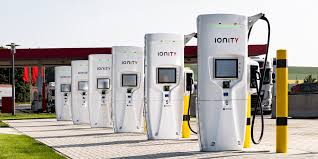 The Brussels-based Hydrogen Council predicts one in 12 cars sold in Germany in 2030 will be powered by hydrogen. That is 8% of demand, or nearly 300,000 units based on current passenger-car sales levels. The total would exceed 300,000 including LCVs.

H2 Mobility’s Riepe believes the total “could be slightly less or slightly more. But it is not far off, based on Germany’s environmental goals.”

Unstated is Volkswagen’s diesel-emissions scandal, which came to light in 2015 and has been a major impetus to moving the industry toward electric powertrains.

Through H2 Mobility Deutschland and Ionity, Germany’s big automakers will get a better understanding of which segments and which applications are most suitable for BEVs and FCVs. As things stand today, the dividing line is large passenger cars including SUVs. That could change with a real-world cost-of-ownership analysis based on infrastructure.

Predicts NOW’s Bonhoff, “As more hydrogen fueling and EV charging stations become available, the total cost of ownership will merge with internal-combustion engines and plug-in hybrids by around 2025, when these technologies will reach affordable price levels.”

“It’s a classic chicken-and-egg problem,” says Ionity’s Entwhistle. “We need to provide infrastructure to EV owners who need to be able to do everything they do with a gasoline car.

“We see these projects as starting points. They are necessities for vehicle manufacturers to sell cars. We want them to move beyond (selling to) early adopters.”

Dieselgate May Open Floodgates to EVs in Germany
May 04, 2016