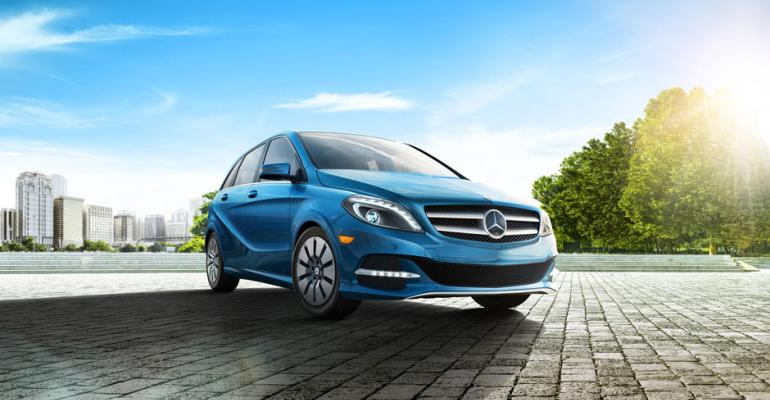 Dieselgate May Open Floodgates to EVs in Germany

Analysts say German Chancellor Angela Merkel&rsquo;s agreement to invest &euro;1.2 billion into promoting EVs with the mission to sell 1 million vehicles in the next four years could create the second-biggest market for the technology in Europe.

BERLIN – Analysts are linking Germany’s sudden announcement of a purchase incentive scheme for electric vehicles to the Volkswagen Dieselgate scandal.

Industry analysts with Frost & Sullivan claim German Chancellor Angela Merkel’s agreement last week to invest €1.2 billion ($1.4 billion) of taxpayers’ money into promoting EVs with the mission to sell 1 million vehicles in the next four years could create the second-biggest market for the technology in Europe.

Frost & Sullivan research associate Pooja Bethi says in a statement the planned introduction of a €4,000 ($4,600) incentive toward the purchase of each EV also should appease German automakers Mercedes-Benz, BMW and Volkswagen Group, each of which is planning two or three new EV model launches next year.

“Thus far, the growth of EVs in Germany has been rather promising without the incentives,” Bethi says, “owing to the general awareness of the consumers towards environmental concerns, enhanced by the recent Volkswagen Dieselgate scandal.

“Apart from the incentives, which will make Germany the next big market for EVs in Europe, the next step would be to consider introducing the (drivetrain) conversion incentive such as the one in France.”

The French government offers up to €10,000 ($11,500) to switch from diesel cars as old as 14 years to EVs, a move some analysts link to the escalating air-pollution issues facing its big cities including Paris.

“If the prime goal is towards emission control and increased adoption of clean technologies, the introduction of such incentives will boost the sales of plug-in electric vehicles and EVs,” Bethi says.

That said, both Germany and France lag countries with better-developed energy sustainability such as Norway, where the car buyer’s incentive is comparatively higher.  In addition, 95% of that country’s electricity is obtained from renewable resources.

“They have also boosted the sales of EVs by improving their infrastructure by increasing the density of charging stations,” Bethi says. “As of 2015 Norway’s EV market share was 30%, with the four top-selling models (being plug-in EVs) – Mitsubishi Outlander PHEV, Nissan Leaf, VW e-Golf (and) VW Golf GTE.

“Though hitting the 1 million mark by 2020 could be a challenge, we can expect a significant growth in the market share of EVs in Germany.”