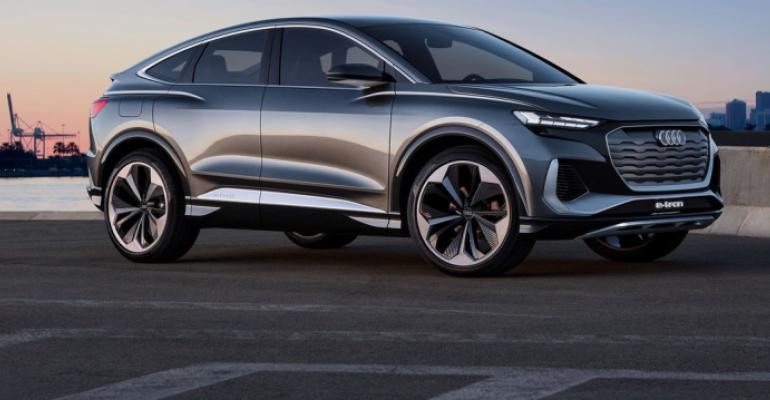 Based on the dedicated MEB electric-car platform developed by parent Volkswagen, the new model will be a sporting sister to the more upright Q4 e-tron revealed as a concept at the 2019 Geneva auto show.

Audi reveals a concept version of its upcoming Q4 e-tron Sportback ahead of the compact electric-powered SUV’s planned showroom debut in 2021.

Based on the dedicated MEB electric-car platform developed by parent company Volkswagen, the new model will be a sporting sister to the more upright Q4 e-tron revealed as a concept at the 2019 Geneva auto show.

The two new Audi models are planned to rival the likes of the Tesla Model Y, BMW iX3 and Mercedes-Benz EQ B, offering a maximum claimed range of up to 310 miles (500 km) in its most basic form.

To be produced at VW’s Zwickau factory in Germany, the same plant that builds VW’s new ID.3 BEV, the Q4 e-tron Sportback will be sold with the choice of either standard single-motor rear-wheel drive or optional dual-motor all-wheel drive. 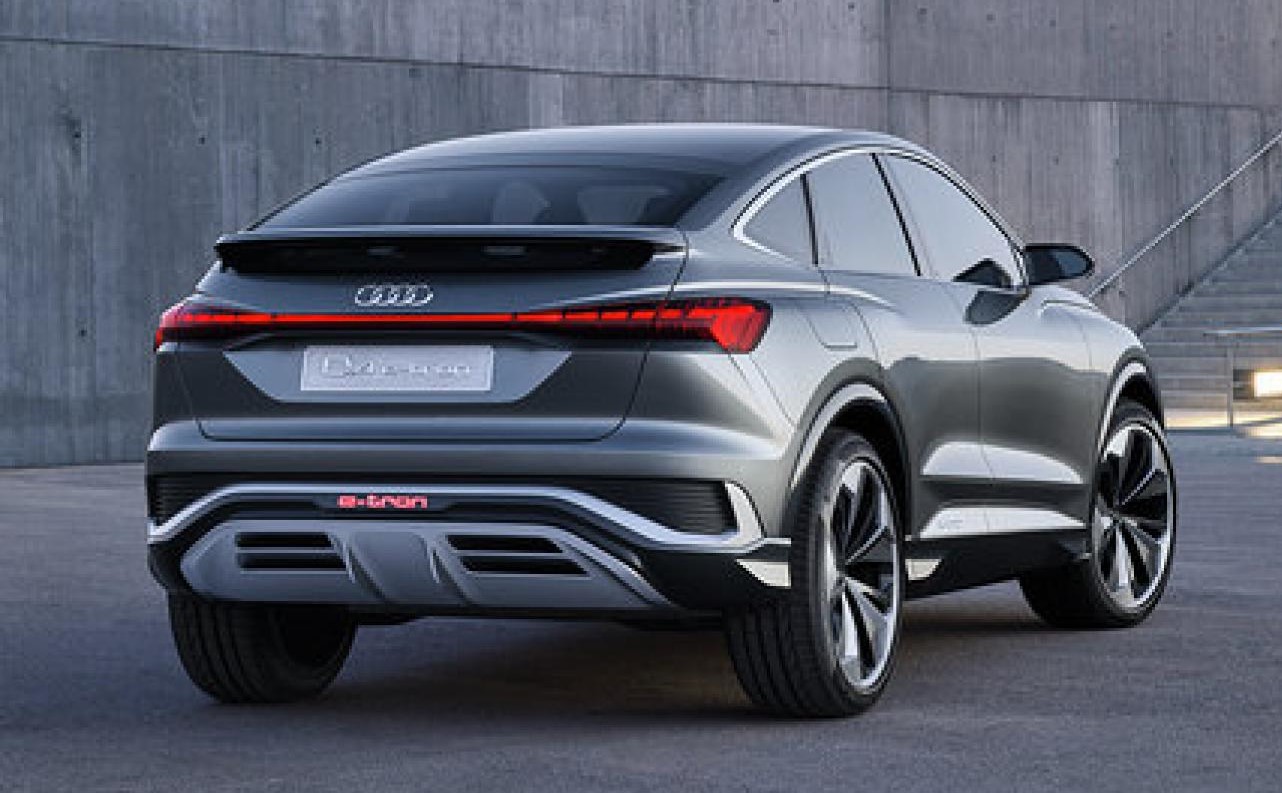 In the interests of energy efficiency, the A4 e-tron Sportback is programmed to operate predominantly in rear-wheel-drive mode.

While the single-motor, RWD version of the new Audi is said to achieve a maximum range of 310 miles, the dual-motor, heavier and more energy-intensive AWD Q4 e-tron Sportback is claimed to offer a range of 280 miles (451 km) on the WLTP cycle.

This compares with the estimated 314-mile (521-km) WLTP range quoted by Tesla for the Model Y.

The Q4 e-tron Sportback’s lithium-ion battery, which is mounted wholly within its flat floor, boasts an energy capacity of 82 kWh. It can be charged at up to 125k, resulting in an 80% state of charge in 30 minutes, according to Audi.

The Q4 e-tron Sportback is visually differentiated from the A4 e-tron by its more sloping liftback-style rear end.

The SUV is among seven new electric-powered models Audi says it plans to introduce by the end of 2021. By 2025, the German automaker plans to have up to 20 EVs on sale.