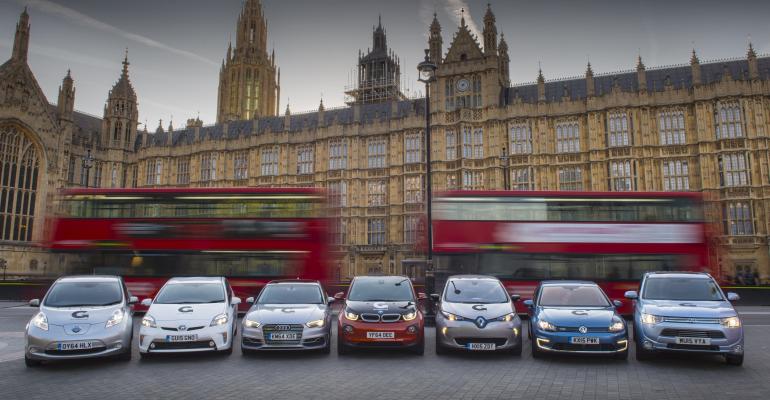 Society of Motor Manufacturers and Traders data show plug-in vehicle sales this year are on track to exceed last year&rsquo;s record total, when more plug-ins were registered than the previous five years combined.

Sales of electric vehicles in the U.K. surged to record levels in first-quarter 2016 with sales soaring 23% year-on-year to 10,496 units, equivalent to one buyer every 13 minutes.

It says the latest figures from the Society of Motor Manufacturers and Traders show plug-in car sales this year are on track to exceed last year’s record total, when more plug-ins were registered than the previous five years combined.

The number of vehicles registered using the plug-in car grant has surpassed 58,000, nearly triple the amount registered at the start of last year.

Transport Minister Andrew Jones says the U.K. is a world leader in the uptake of low-emissions vehicles. “Our long-term economic plan is investing £600 million ($850 million) by 2020 to improve air quality, create jobs and achieve our goal of every new car and van in the U.K. being ultra-low-emission by 2040,” Jones says in a statement.

In the past 12 months, the U.K. ranks as the biggest major EV market and second only to the Netherlands, with 28,715 new plug-in cars representing one-fifth of the European Union’s collective EV sales.