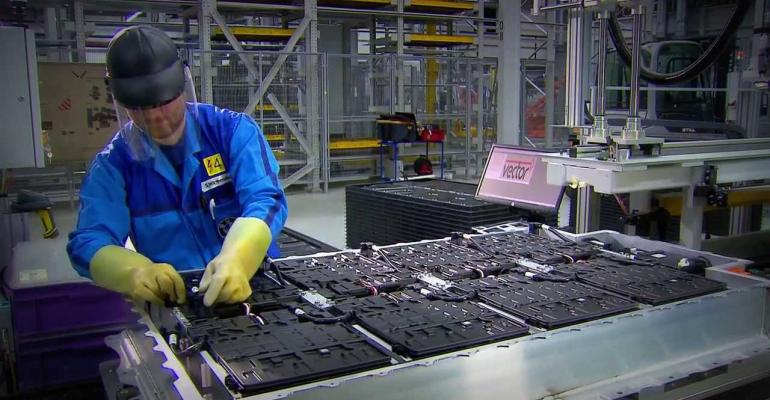 The automaker claims the i3&rsquo;s new 94Ah battery option will extend the plug-in electric vehicle&rsquo;s overall range up to 68 miles, or more than 50%, to 186 miles on the European test procedure. Adding it to the optional range-extender unit stretches overall range to up to 305 miles.

BMW announces a new 94Ah battery option for the i3 extended-range electric vehicle in what the automaker claims will extend the hatchback’s overall range up to 68 miles (110 km), or more than 50%, to a distance of 186 miles (300 km) on the European test procedure.

To be made available to customers in July, a new lithium-ion battery supplied by Samsung retains the same dimensions as the existing 60Ah unit, allowing it to be retrofitted to the existing i3, which has been on sale in the U.S. since 2014.

BMW says changes to each of the 96 individual cells used in the i3’s battery, including the addition of high levels of electrolyte and new materials, has increased energy storage considerably with no change in size from the existing unit.

With a maximum 33 kWh of electrical energy when fully charged – some 29 kWh of which can be used effectively – the new 94Ah battery provides 11 kWh more than the old 60Ah battery, which delivers 22 kWh – or an effective 19kWh.

BMW says the new battery increases the i3’s efficiency in adverse weather conditions, claiming a range of up to 124 miles (200 km) when the air conditioner or heater is operating.

The 94Ah-equipped version of the i3 retains the same electric motor as the existing 60Ah variant. Mounted at the rear within the rear axle assembly, the synchronous unit delivers 168 hp and 184 lb.-ft. (250 Nm) of torque to the rear wheels.

BMW says a new, 3-phase 11-kW (14.7-hp) charging system developed specifically for the 94Ah battery allows it to be charged in 2 hours and 45 minutes on a high-powered multi-phase AC charger, which is the same time it takes for the 60Ah at a maximum charging current of 7.4 kW (9.9 hp).

As well as being available for the all-electric version of the i3, BMW confirms the 94Ah battery also will be offered as an option on the i3 Range Extender, providing it with a claimed additional range of up to 93 miles (150 km) compared with the 60Ah unit, which will continue to be offered. This hints at an overall range of up to 305 miles (490 km) for the gasoline-electric hatchback.

The 60Ah batteries i3 customers trade in for the new 94Ah unit will be used by BMW to produce stationary storage-battery modules for use in non-automotive applications.

Pricing of the upgraded i3 and the cost of having the new 94Ah battery retrofitted to the existing hatchback has yet to be announced.