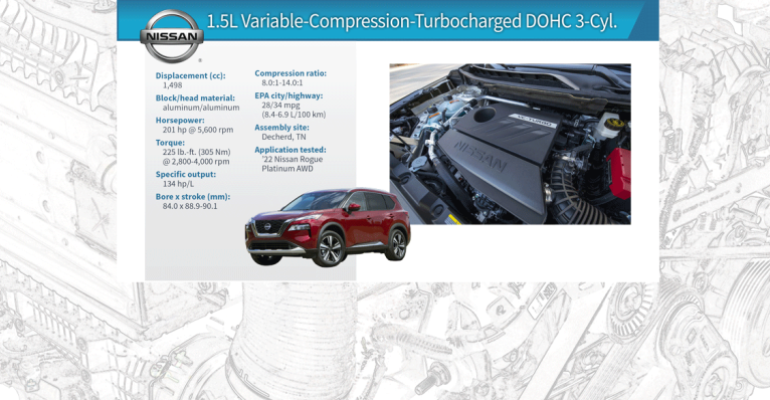 Nissan VC-Turbo Returns, This Time as a Powerful 3-Cyl.

We’ve twice honored the Nissan variable-compression turbo since its debut in 2019 as a 2.0L 4-cyl. variant.

For the sole powertrain for the ’22 Rogue CUV, Nissan nips off a cylinder, knocking displacement down to 1.5L, but retaining the innovative and technological marvel that is the variable-compression system.

“The VC-Turbo is state of the art,” notes judge David Zoia, in support of including the Rogue engine on the 2022 Wards 10 Best Engines & Propulsion Systems list. “It has solid fuel economy and good power delivery and overall is well balanced and a good match with this vehicle.”

As in the 4-cyl. version, the three-pot mill happily purrs along in its most fuel-efficient 14.0:1 compression ratio for most driving. But when power to pass or to merge onto a fast-flowing freeway is called for, stomping the accelerator pushes the engine into its punchier 8.0:1 ratio, combined with a burst of turbo boost.

What’s happening inside the VC-Turbo is true engineering wizardry. The engine employs a patented multilink system that actually alters the length of the piston stroke to change the compression ratio while the engine is in operation. A 1.2-mm change in stroke length may not seem like much, but it makes all the difference when it comes to packaging an engine for both efficiency and power.

Try as we might, our panel of judges found the transition from Eco to Power and back again nearly undetectable. But we’ll admit to loving the relatively sporty induction and exhaust notes, especially when managing the CVT ratios via the steering-wheel shift paddles.

“The smoothness and refinement of this engine takes 3-cyl. engines to a new level of sophistication,” says judge Drew Winter. “Very smooth, exceptionally quiet during idle, pleasant to drive in traffic or on the highway.”

We’re impressed by the VC-Turbo’s 201 hp at 5,600 rpm, a significant increase from the 181 hp produced by the naturally aspirated 2.5L 4-cyl. offered in the previous Rogue. While a 20-hp bump may not seem huge, we note that horsepower per liter leaps from 72.4 hp/L to a remarkable 134 hp/L.

It’s a broken record, but what the VC-Turbo is doing inside that engine is remarkable and innovative. Applying the same technology to a small-displacement 3-cyl. takes it to another audience and customer in the best-selling Rogue. 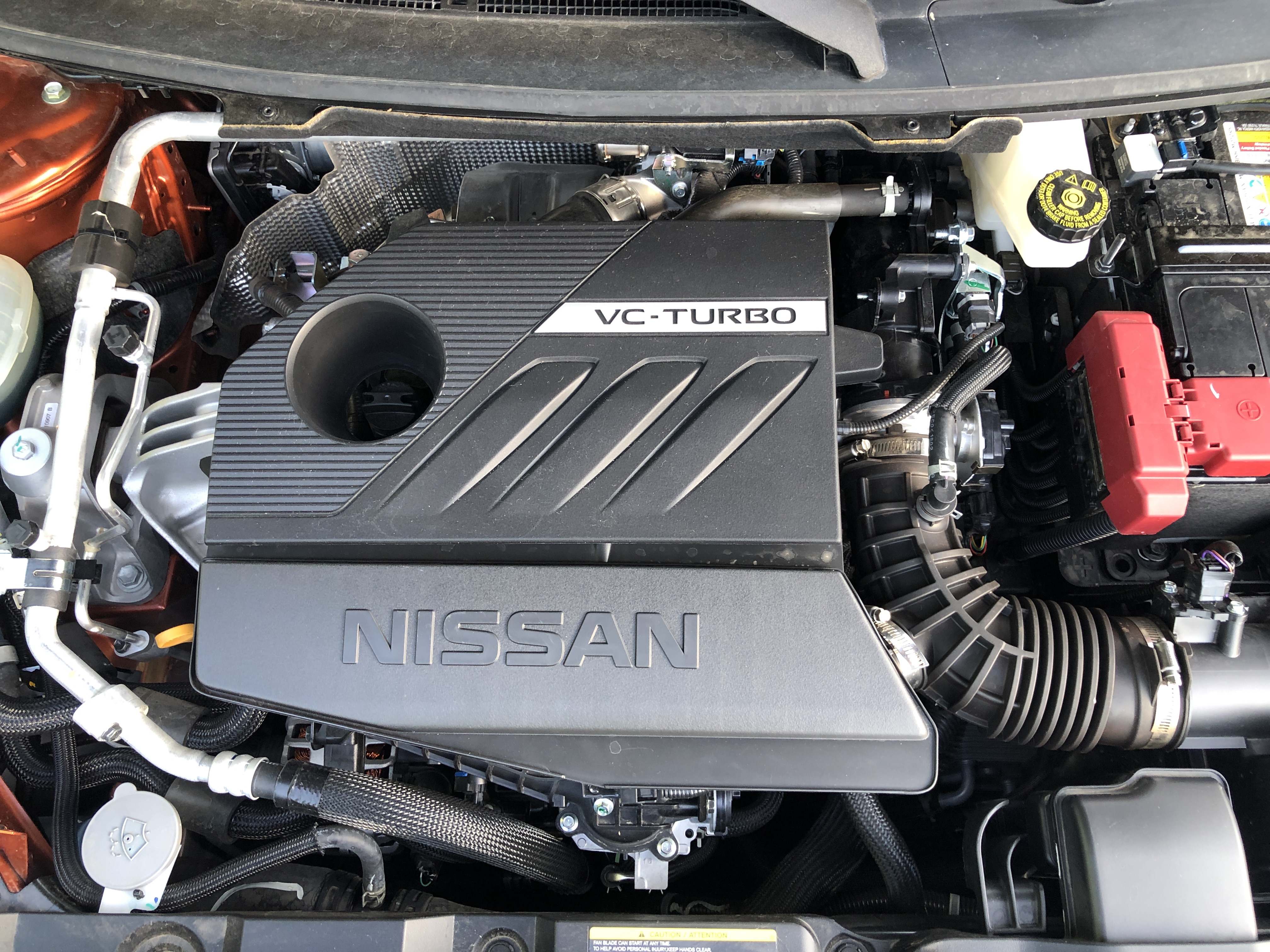