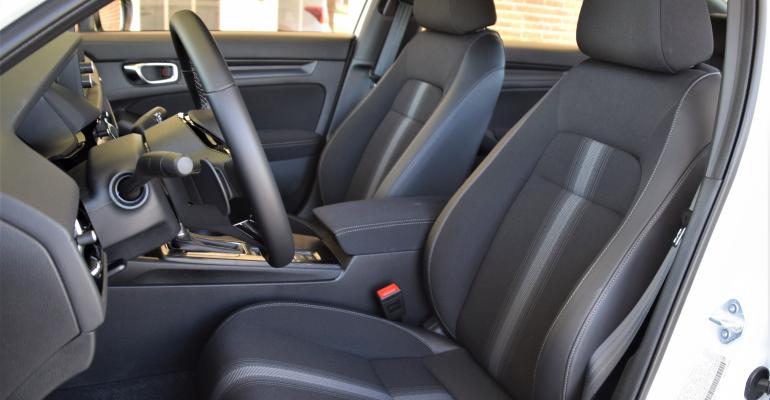 The 2021 Wards 10 Best Interiors are being revealed in random, non-alphabetical order one per day until Oct. 15. This is the fifth winner profile. Winners will receive their trophies Nov. 16 during Automotive TechWeek in Novi, MI.

The compact-car segment, although not as big as it used to be thanks to the growth of CUVs, still is one of the largest new-vehicle groups in the U.S.

But it can sometimes be difficult to find style, or a quality interior, in cars with prices in the $20,000 range. 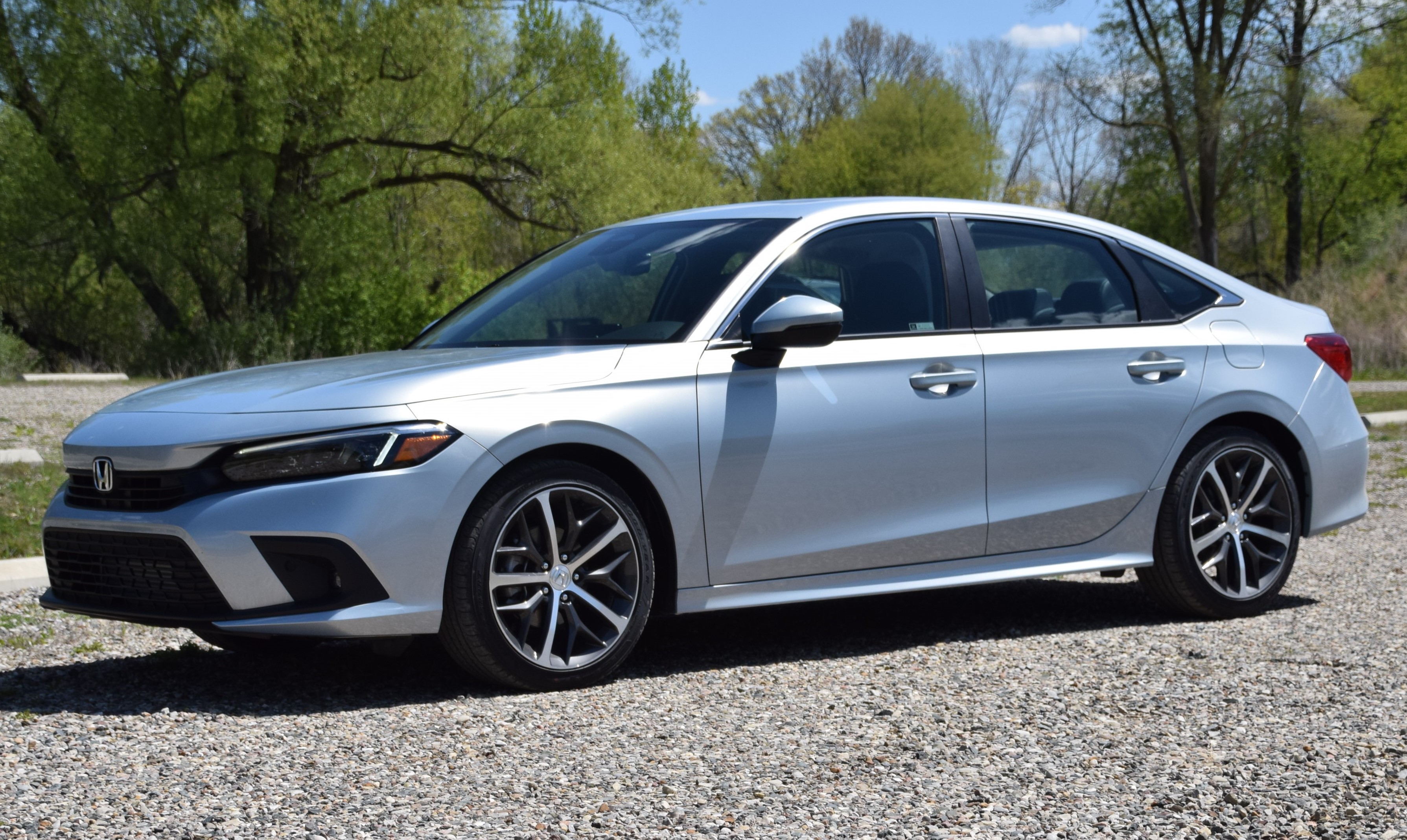 Honda, like its fellow Japanese automaker Toyota, hasn’t always had the most stylish cabins, but that is beginning to change, and a bolder aesthetic is beginning to emerge. With the new, 11th-generation Civic, Honda designers shook off the reins of conventional compact-car design, based on our test of a ’22 Touring grade.

While the interior largely has an understated appearance, with a black-and-silver color combination, there are a few elements that make it shine bright.

One feature literally shines, and that is a trim used on doors and the center console. But unlike your basic piano black, this is gray. That makes it unique enough, but it also has a palpable texture. Up close the pattern looks like the teeth of a zipper locked together; the trim piece is unlike any variation on shiny interior trim we’ve seen yet.

But that’s not even the biggest showstopper inside the new compact sedan.

Our Civic Touring grade also has an interesting, beautiful, airy honeycomb trim piece spanning the width of the instrument panel. Crafted out of aluminum, not plastic, the giant piece of trim not only adds design flair, but also conceals the oftentimes ugly vents of the heating, ventilation and air-conditioning system.

The vents are still under there, but because they are set lower, a long, stick-like controller protrudes from the honeycomb grid. Moving in a 360-degree fashion it allows fins to be positioned to guide airflow in the direction the driver or passenger wants.

Both the shiny-textured and honeycomb trims are a big improvement from the standard piano black or metallic-finish trim typically found on doors, consoles and IPs. It’s a great step outside the box for Honda. 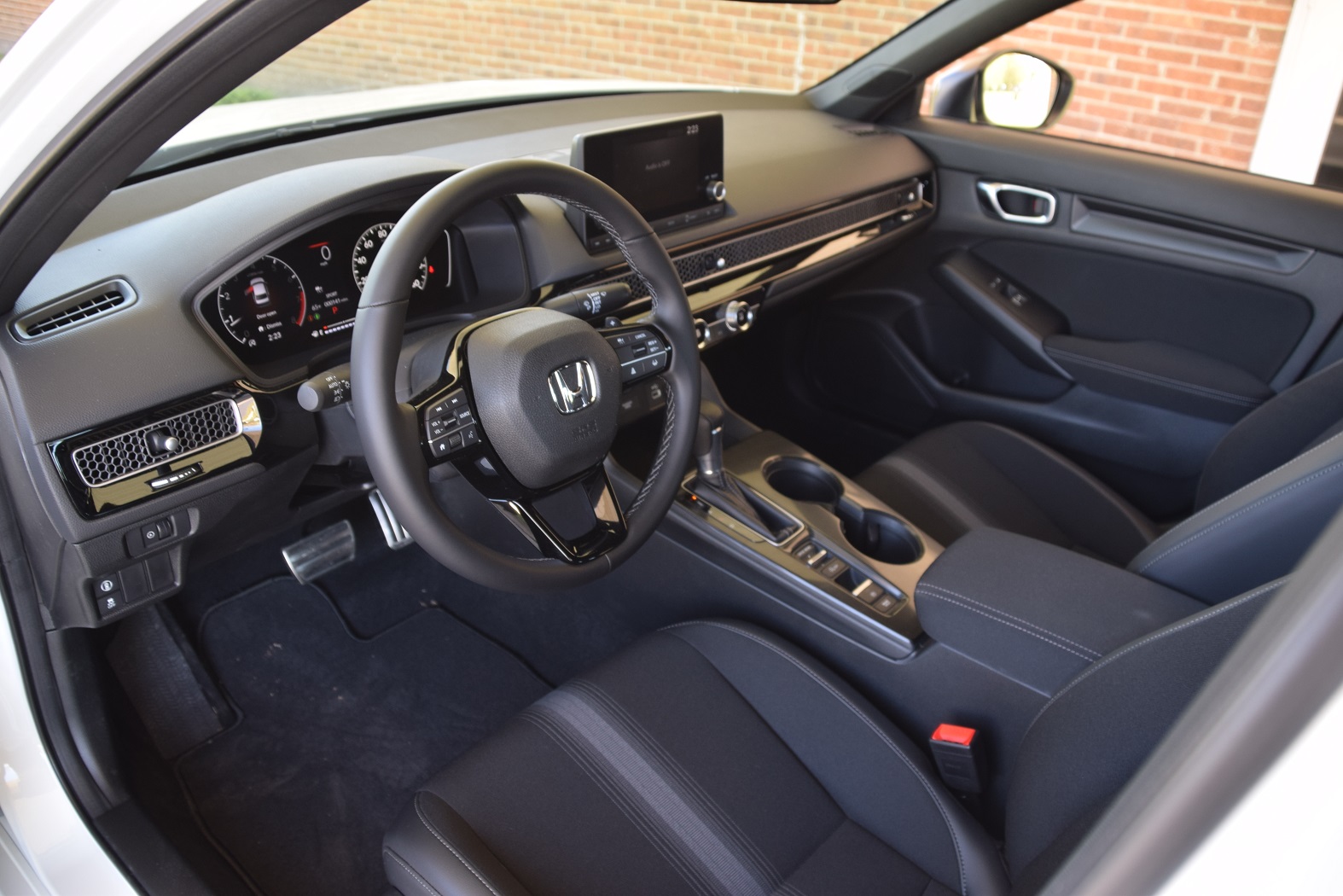 While it is an affordable vehicle, the Civic ($21,700 to start, $29,690 as tested) has some further upmarket touches, such as seats fully covered, front and back, with faux leather – and front seats perforated in a stylish vertical stripe pattern – as well as a circular-knit headliner material that wraps visors, too. Hard-plastic trim on the pillars is textured to mimic the headliner.

The new Civic also scores highly on fit-and-finish and ergonomics, as ceiling-mounted grab bars have capped pins and a high center armrest makes it easy to rest your elbow, yet reach the large, deep HVAC knobs on the center stack. Not only do the knobs’ size make them easy to grip, but so too does knurling on their edges.

One quirky touch we found, and a reminder of how far the nameplate has come, is an image of the original first-generation Civic, launched in 1972, on the underside of a removable tray inside the console box.

While that early ’70s model was progessive on safety for its era, the new Civic is perfectly situated for 2021, chockful of advanced-driver-assist safety technology, part of the Honda Sensing package standard on the car.

“This Civic is a solid entry in this price segment,” says judge Dave Zoia, with judge Bob Gritzinger adding: “This is a nice combo of style and function and the honeycomb trim running pillar-to-pillar gives this a clean, technical appearance.” 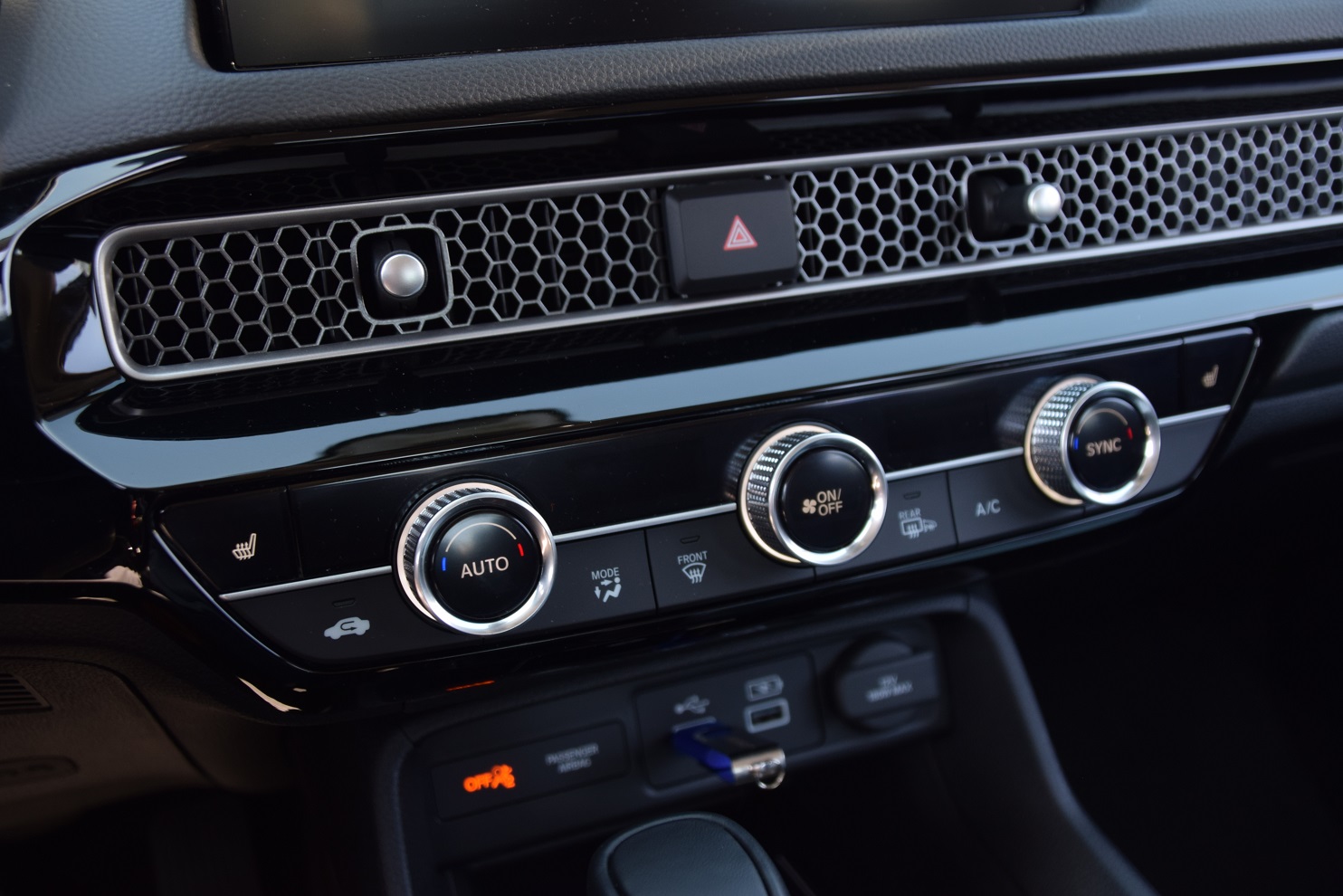