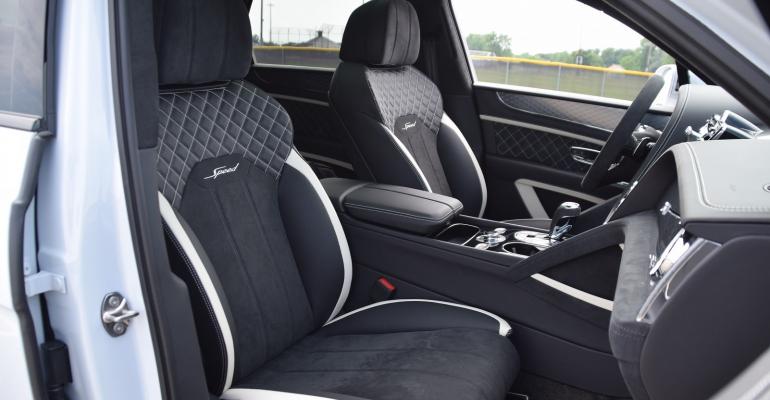 Bentley Bentayga Speed: It’s All There in Black and White

It’s always exciting to have in the Wards 10 Best Interiors competition a Bentley that has been freshly touched by a design team that clearly is encouraged to push the boundaries of automotive interiors with something “visually stunning.”

The 2021 Wards 10 Best Interiors are being revealed in random, non-alphabetical order one per day until Oct. 15. This is the eighth winner profile. Winners will receive their trophies Nov. 16 during Automotive TechWeek in Novi, MI.

Two types of vehicles are eligible for the annual Wards 10 Best Interiors competition: primarily those that are fully redesigned from bumper-to-bumper, often reflecting a new interior design language and incorporating materials, technologies and flourishes used for the first time by a brand.

The other eligible interiors are those that have been refreshed or significantly improved for a current-generation vehicle. It’s easy to understand why the former tends to have a better chance at winning than the latter. All-new interiors generally make a stronger first impression and, well, they’re fresher. 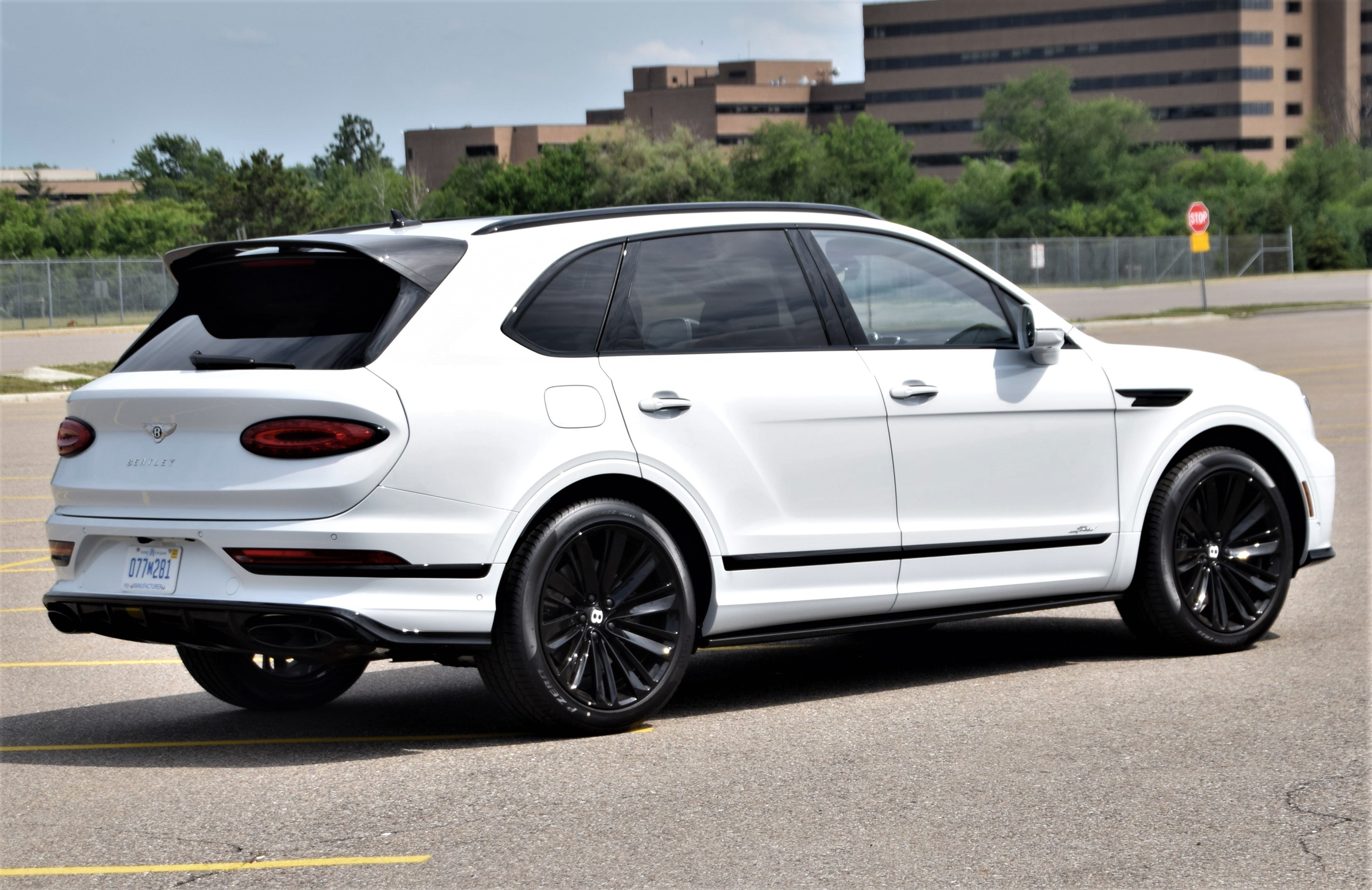 Bentley wins its fourth Wards 10 Best Interiors trophy in five years by doing the unlikely: The design team in Crewe, U.K., has extensively improved upon its Bentayga SUV cabin with an all-new “Speed” edition (pictured, left) that recasts the look and feel of this passenger compartment while incorporating meaningful technology and aesthetic upgrades.

By way of background, the Bentayga already was special, having earned Bentley its first Wards 10 Best Interiors trophy in 2017 when this mega-luxe two-row SUV first arrived.

The fact that it had been recognized four years ago gave us pause this year. We were ready to pass it over as a mild refresh until we dug into the details, discovered extensive work on several fronts (including all-new center stack and digital instrument cluster) and then saw the interior for ourselves.

It’s always exciting to have a Bentley in the competition that has been freshly touched by a design team on a long leash, that clearly is encouraged to push the boundaries of automotive interiors.

In the case of the Bentayga Speed, the team delivers a dramatic, sporty, captivating passenger compartment that maintains the brand’s identity (such as the legacy organ-pull vent levers) while incorporating the latest connectivity and infotainment technologies. The fact that so much of this interior is built and stitched by hand makes it even more remarkable. 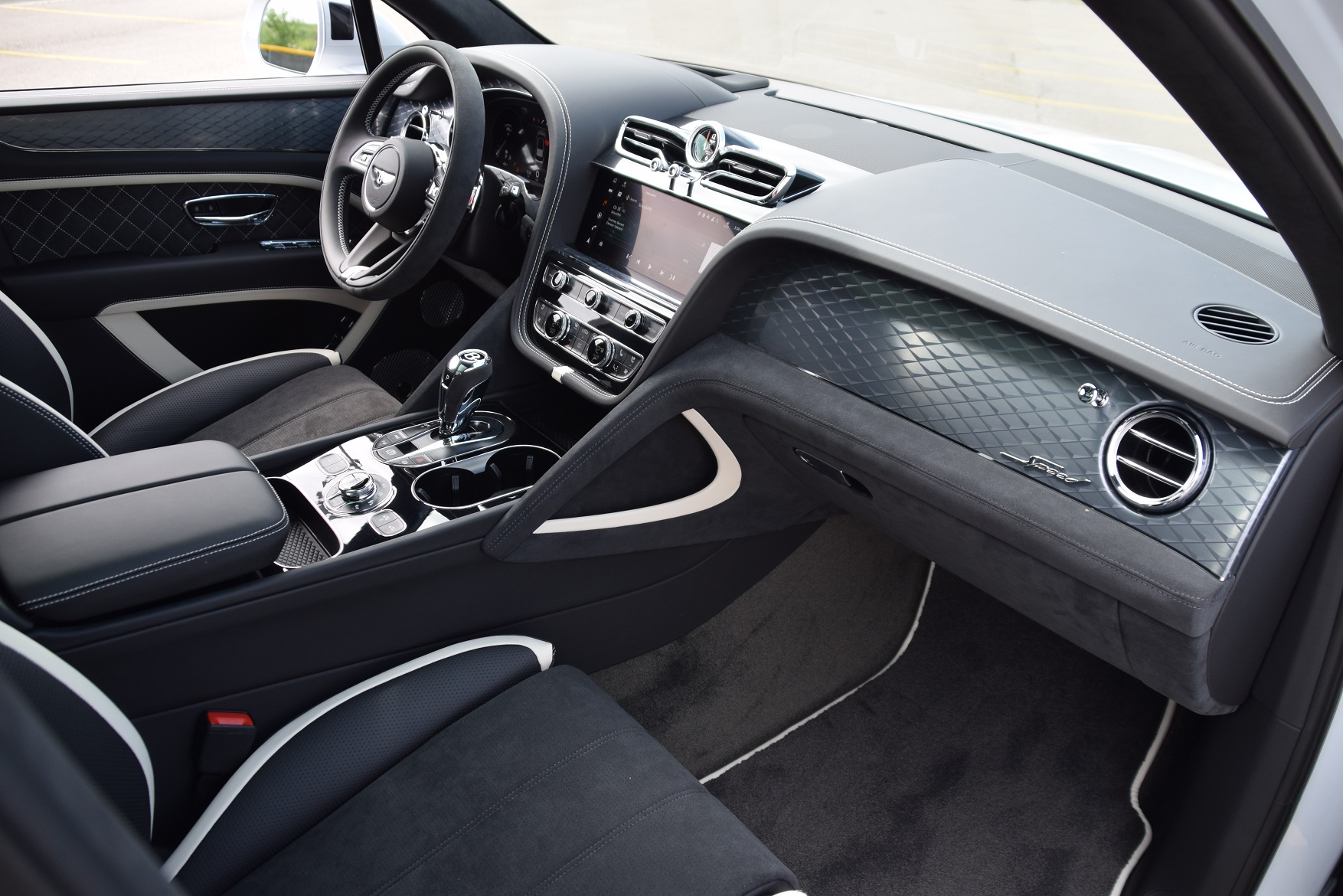 Dave Zoia was the first 10 Best judge to get behind the wheel and found it “visually stunning” before lobbying for the Bentayga Speed (pictured above and below, left) to be included in the competition.

“It’s that instantaneous sense of ultraluxury and exclusivity that comes with opening the door,” Zoia writes on his scoresheet.

“There’s nothing typical about this cabin, from its subtle, yet striking two-tone color treatment, unique materials, fancy clock and frequent metallic touches that add a bit of sparkle. Yes, it costs a lot, but simply put, the Bentayga Speed delivers precisely what Bentley buyers have come to expect.” 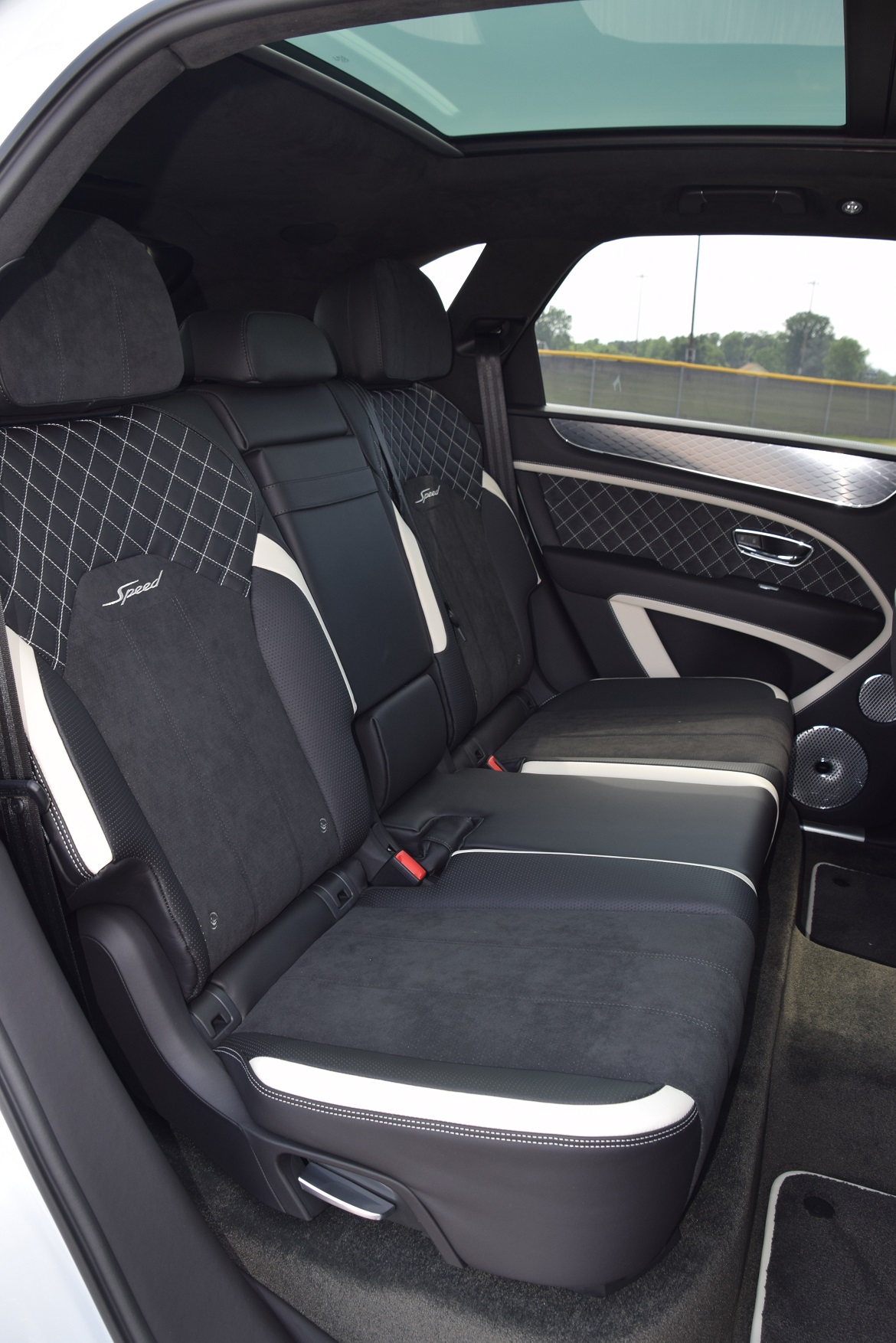 And yet, aesthetically the shiny stuff does not overpower. Instead, it plays a supporting role behind the rich, charcoal Alcantara microsuede that holds one’s backside firmly planted while getting better acquainted with the 626-hp turbocharged W-12.

Complementing that microsuede are smooth, premium leather trim on seat bolsters, the instrument panel, steering wheel, armrests and door panels. It’s all there in black-and-white – but mostly black – and the tactile and visual contrast between the smooth leather and grippy Alcantara is hard to forget.

Even the diamond-pattern cross-stitching on seats and door panels, which Bentley does so well, is applied in both black and white, but it’s necessary to look closely to see the dark stitching. In certain light, some of the black stitching appears gray, providing yet another color dimension.

Bentley must be doing something right: Through the first half of this year, the British automaker sold 7,199 vehicles, up 46% from the pre-pandemic first half of 2019.

Perhaps unexpectedly, the Bentayga has become the brand’s most popular vehicle. So presenting a high-performance variant that draws in even more big spenders to the Bentley fold would make perfect sense. 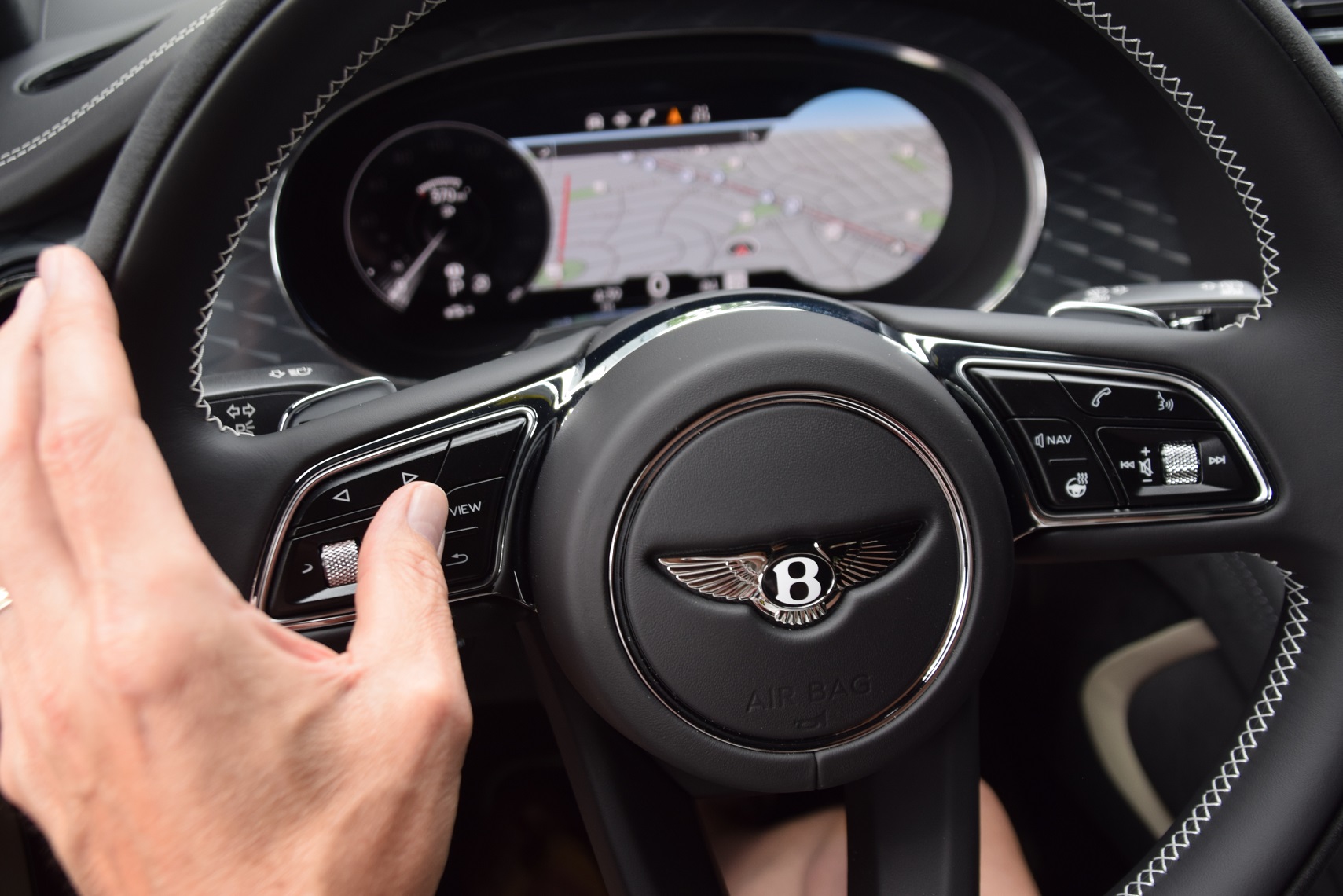