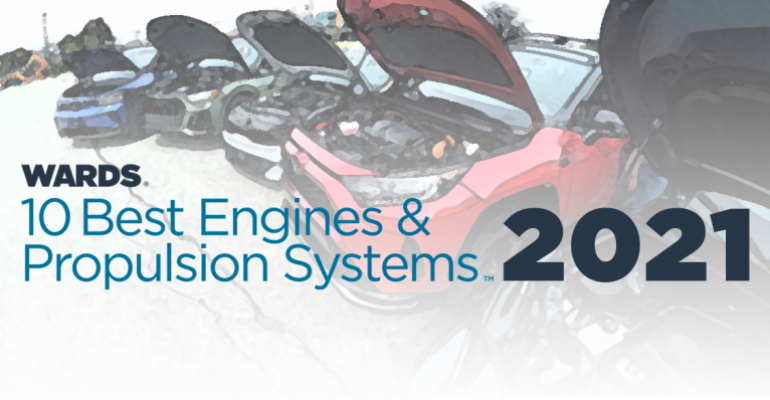 For the first time ever, four battery-electrics, a hydrogen-powered battery-electric fuel cell, two plug-in hybrids and a full hybrid make the list, along with two turbocharged internal-combustion engines.

Those of you who have been following our list of 2021 Wards 10 Best Engines & Propulsion Systems as we methodically identify each winner over the past two weeks can now see the honorees in total, as the Ford Mustang Mach-E shines in the winners’ spotlight today.

(Remember – this is not a ranking of 1 to 10. All 10 in our eyes are equally deserving. We avoid alphabetical order to keep you guessing right up until the 10th winner is identified.)

So now’s your chance to hang your head in shame, kick up a cloud of dust and cry out to the heavens, “How in the hell could they not pick the Porsche 911 Turbo or the Chevrolet Corvette Stingray, or even the Ram TRX!”

If you think leaving those high-octane butt kickers off this year’s list was easy, then you don’t know us very well.

Honestly, we can explain. The Wards 10 Best list has recognized 27 years’ worth of engines, many of them supercharged V-8s that struggle to stay under the speed limit. We’ve thoroughly recognized powertrain teams for their ability to dial up more power, more torque, better efficiency.

But a lot of these same powertrain engineers are pivoting as corporate decisions – prodded by government regulators around the world – are being made to embrace electrification.

It’s become clear that automakers are spending a lot more money on electrification than on future gasoline engines, which brings the Wards 10 Best judging panel to a crossroads: Do we give less weight to electrified nominees because they sell in small numbers compared with popular gasoline entries that fuel the bottom line? 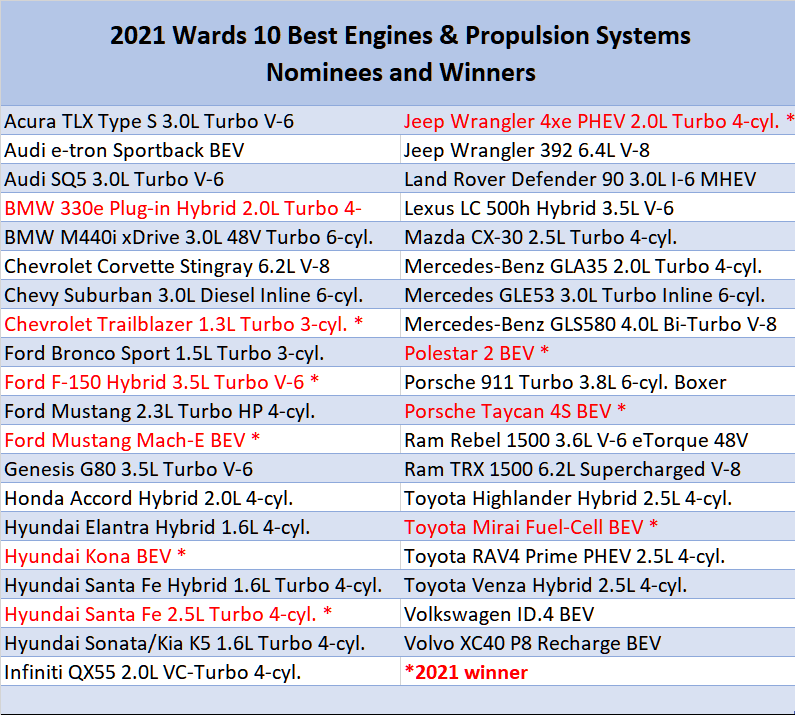 We evaluated 39 vehicles in the spring, and 18 of them were electrified. There were 14 4-cyl. engines, 11 6-cyl. engines, 10 full hybrids, eight BEVs and three plug-in hybrids.

We only look at powertrains that are all-new or significantly improved. The 2020 winners were automatically eligible for this year’s competition, and the only return winner was the Kona (completing a 3-peat).

The fact that so many fresh battery-electrics and hybrids have come to market – while clean-sheet engines are hard to come by – means this year’s list was bound to tilt toward electrification.

But that would only happen if those electrified entries pushed our buttons and truly impressed us.

We the jury are in a unique position among automotive media. Essentially the same people have been picking the Wards 10 Best winners for most – or even all – of the award’s 27 years, and we all have long memories and enough historical perspective to sense how competitive a powertrain is relative to other nominees.

We score based on horsepower, torque, NVH management, observed fuel economy and new technology onboard. That new technology must shine to make the cut. A price cap for nominees that had been in place since 1995 has now been removed.

But it’s our job to compile a list of powertrains that truly sell the car, that are thrilling to drive and technologically relevant.

We believe this list succeeds on all fronts. Our list needs to be more about charting where the automotive powertrain world is going, not where it’s been.

Winners will be honored in a Nov. 15 ceremony during Informa’s Automotive Tech Week, to be held at the Suburban Collection Showplace in Novi, MI. Click here for conference information and registration. 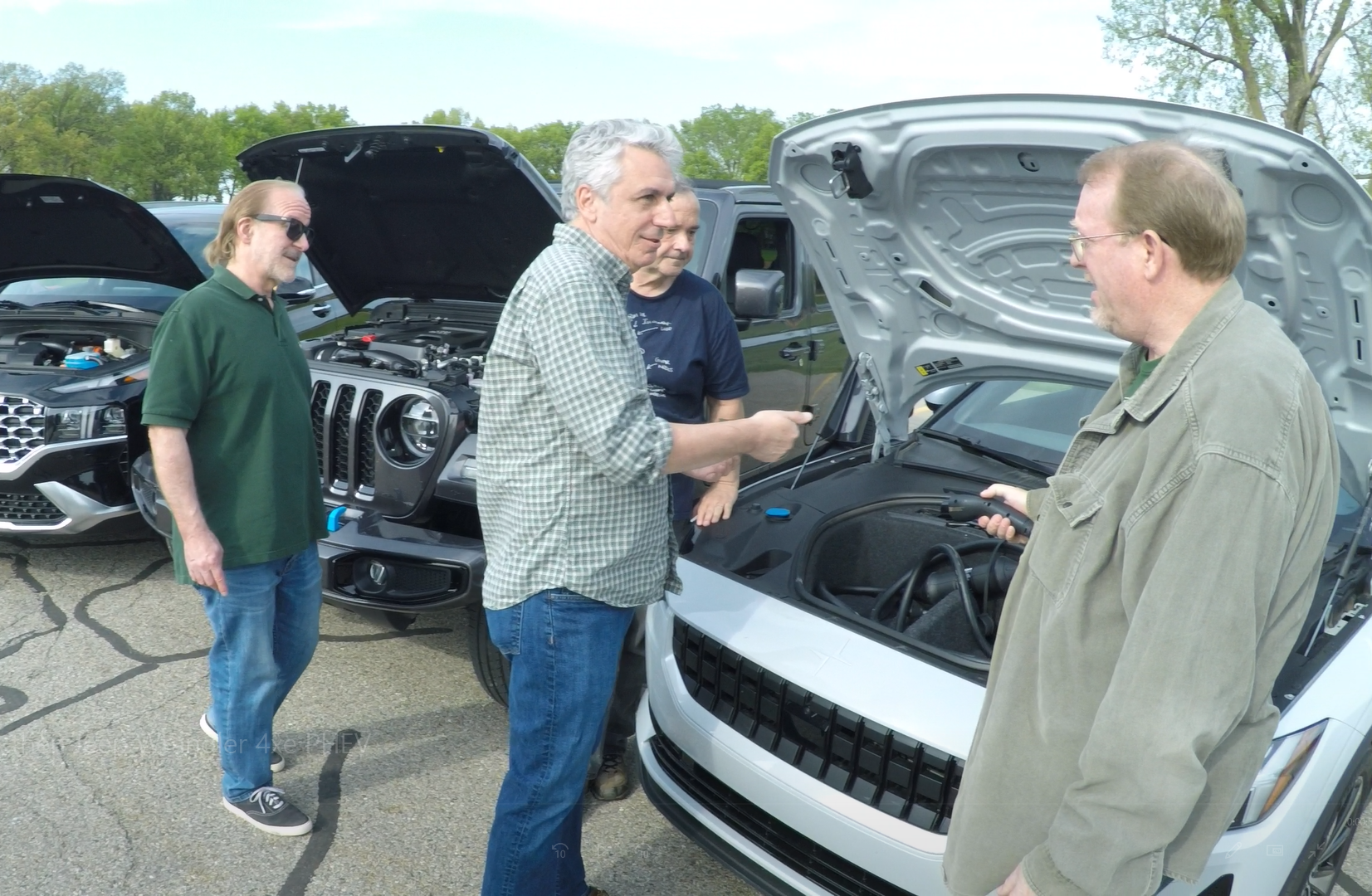