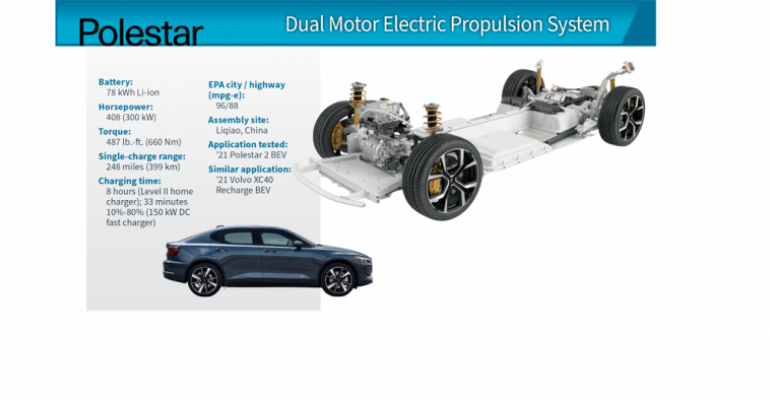 What makes the Polestar 2 a winner is its near-perfect blend of the BEV formulation. It’s not the one with the longest EV range or the highest output, but it’s still “shockingly fast” and a blast to drive.

The 2021 Wards 10 Best Engines & Propulsion Systems are being revealed in random, non-alphabetical order one per day until Sept. 24. This is the ninth winner profile.

Chart the 20-year path in the transition to battery-electric vehicles and it will look a lot like the operating curve of a mild-hybrid vehicle: plenty of stops and starts.

But even a cursory look at this year’s Wards 10 Best Engines & Propulsion Systems winners list will tell you a corner has been turned.

Automakers suddenly have gotten very serious, earmarking billions to develop and bring to market a number of BEVs with varying performance characteristics and, finally, a wide variety of shapes and sizes. We’re beginning to see the initial results of that effort – and it appears promising.

A handful of BEVs (plus a fuel-cell vehicle) dot our 10 Best list, and even among this austere group the Polestar 2 stands out.

Instead, the Polestar 2 occupies a highly satisfying middle ground. It’s a car that’s a blast to drive, but still offers up enough miles between charges for any commuter with an electrical outlet in their garage.

And it comes at a price – just under $62,400 for the model we tested – that puts it in the luxury-car sweet spot, particularly when factoring in available tax incentives.

The all-wheel-drive Polestar 2 4-door fastback, the first volume vehicle for the performance BEV brand controlled by Volvo and its Chinese parent Zhejiang Geely, is equipped with two electric motors (one at each axle) that combine for a thrill-inducing 408 hp and 487 lb.-ft. (660 Nm) of torque and a 78-kWh battery with a maximum range of 248 miles (399 km). 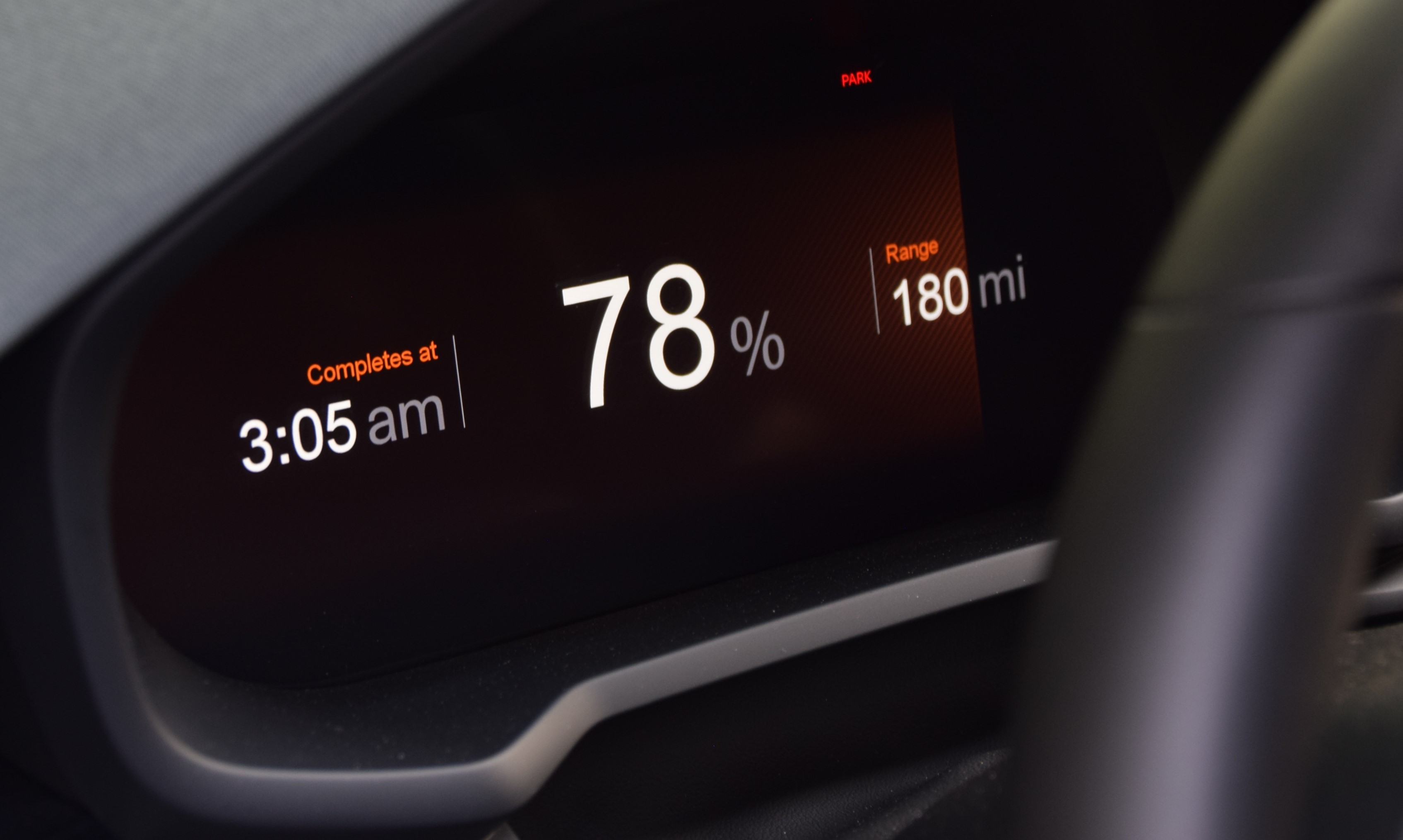 Polestar 2 tells driver when it will be fully charged.

“Shockingly fast,” notes one judge’s scoresheet. “It threw me back in my seat; knocked the wind out of me.”

The propulsion system is identical to the one in the similarly priced Volvo XC40 Recharge model ($59,600) also tested, but we liked the added control the Polestar 2 offers in regenerative braking – two 1-pedal drive settings instead of one (Low and Standard).

There’s also a creep mode that allows the car to roll forward once the brake is disengaged, much like a combustion-engine vehicle – a feature that makes it easier to nudge the car forward into a garage or parking space.

And although the two vehicles are underpinned by the same CMA platform and share powertrains, judges felt acceleration was a skosh quicker in the Polestar 2, which has marginally higher power and torque ratings and is 60 lbs. (27 kg) lighter.

When you do burn range, the car can take a 150-kW jolt from a DC fast charger, meaning it can replenish a depleted battery to 80% in about 40 minutes.

The bottom line? Even in the year of the BEV, the Polestar 2 manages to find a unique sweet spot among the winners on the Wards 10 Best list.

Sums up one judge: “Lithe and quick. This is a terrific driver all the way around – and a considerable bang for the buck, to boot.”