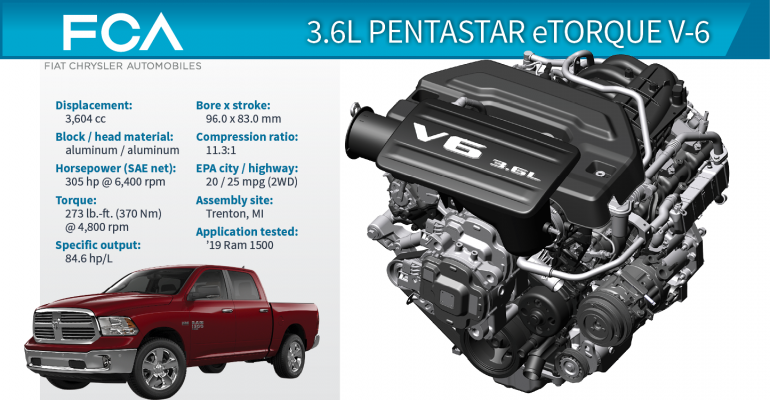 FCA’s workhorse Pentastar engine has been around for nearly a decade, but the new one in the ’19 Ram 1500 pickup is a marvel.

The eTorque system replaces the traditional alternator with a belt-driven motor generator that works with a 48V 12-cell lithium-ion battery pack.

eTorque shows its stuff in various ways, including putting the fullsize pickup truck in motion.

Typically, moving automotive mass from a standstill gobbles up a lot of gasoline.

But that’s mitigated in the Ram by a dollop of electrical propulsion. The result: Our judges recorded 21 to 22 miles per gallon (9 to 9.3 km/L) during our test drives. That’s outstanding for a 2½-ton truck with 4-wheel drive.

eTorque also makes the Ram’s fuel-saving stop-start system work almost imperceptibly. It’s one of the best and fastest around. It restarts the engine in half the time it takes for conventional starter-driven systems. Judge Christie Schweinsberg calls the eTorque-powered stop-start “fantastic.”

In addition to spinning the engine for restarts, eTorque also recaptures energy during deceleration and especially braking to deliver charge to the battery pack.

eTorque adds up to 90 lb.-ft. (122 Nm) of torque to the Pentastar engine in certain driving situations.

It’s a quiet, fuel-efficient engine in a pickup that never feels underpowered.

“Solid power from start to speed,” says judge Bob Gritzinger. “Punch the pedal at just over 1,000 rpm, and the engine responds with a lightning-quick jump to 5,000.”

Boosting power while improving fuel economy is a potent 1-2 punch.

Pickup-truck owners always have wanted payload, towing ability, durability and utility. But truck owners of today look for fuel economy, too. This 305-hp package does more than its fair share of contributing to that cause.

We also took the Ram 1500 off-roading, where speed is not a factor. But power is, and the pickup performed confidently as it tackled steep and rocky inclines without breaking a sweat.

We give this engine an ‘A’ for eTorque. 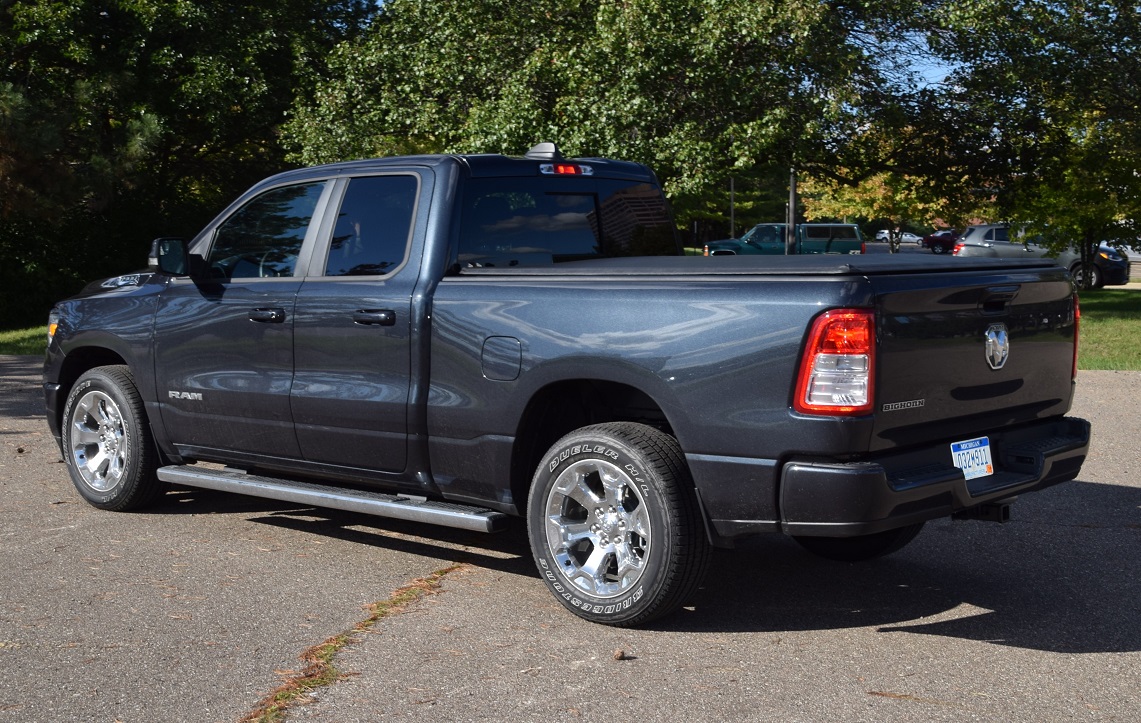