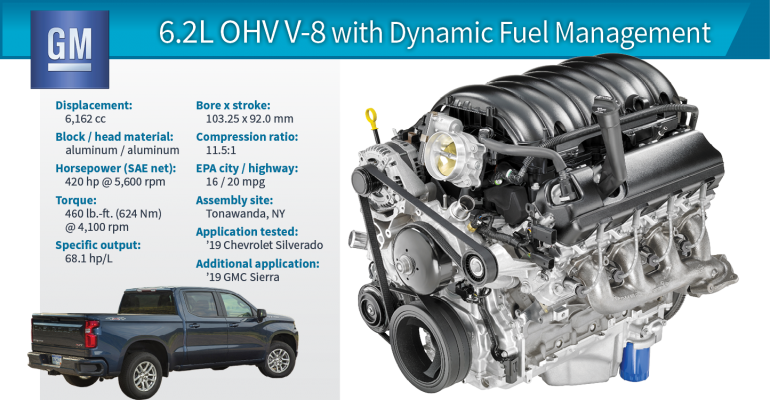 The engine uses Dynamic Fuel Management to achieve a 1 mpg increase in fuel economy in the EPA city cycle and 2 mpg real world but retains its monstrous output of 420 hp and 460 lb.-ft. (623 Nm) of torque.

It’s hard not to love big V-8s with their abundance of creamy torque, refined performance and delicious exhaust notes. That is, until it is time to stop for fuel, again. And again, and again.

Given their workhorse character, poor fuel economy always was considered a necessary evil. But General Motors flips the script with the addition of Dynamic Fuel Management to its 6.2L OHV direct-injection gasoline V-8 in the ’19 Chevrolet Silverado fullsize pickup, a 2019 Wards 10 Best Engines winner.

“Gosh, it felt good to finally sit behind a V-8,” Best Engines judge Jim Irwin says of an annual field of competitors increasingly populated by downsize-boosted entries. “Gobs of torquey goodness and as quiet as any engine this size.”

Those MPG numbers are nothing to sneeze at, either, with the latter translating into more than a 13% gain in efficiency. It’s enough to ensure the small-block V-8’s future for a number of years to come in an era of ever-tightening fuel economy and emissions standards.

DFM is the automaker’s most advanced cylinder-deactivation technology and to some extent replaces Active Fuel Management, which was a fuel-saver itself but used only two deactivation patterns. DFM leverages 17 different deactivation patterns, and the greater authority to mix cylinder patterns means efficiency and power can be optimized at all speeds.

A sophisticated controller determines 80 times per second how many cylinders, as well as exactly which ones, should fire. The system constantly switches the firing sequence depending on driving conditions and throttle inputs, and since it is based on torque there is always lots of power on demand. A smooth stop-start system also improves efficiency.

The technology also appears on Silverado models with a 5.3L OHV V-8 and models of the GMC Sierra with the 5.3L and 6.2L V-8s.

“I would be impressed with the power and NVH if that was my only impression, but the magic going on with all the variable displacement stuff sells me,” says judge Drew Winter, channeling his inner Dylan Thomas. “The Chevy small block clearly is not going gentle into that good night. It is raging, raging against the dying of the light.” 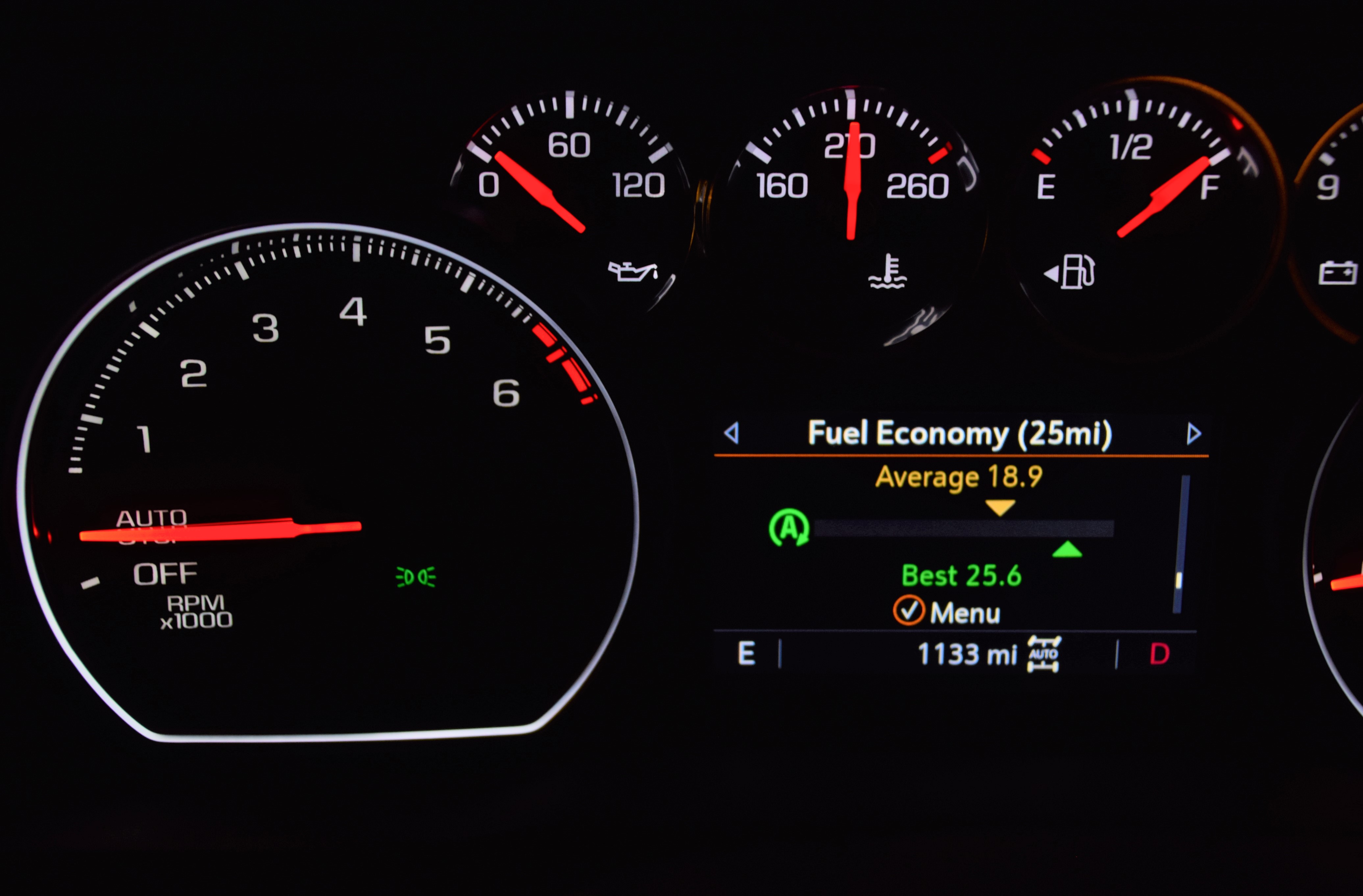