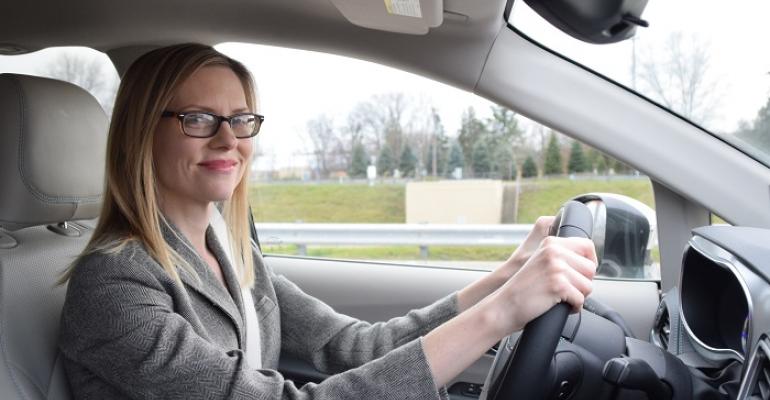 Well, another test cycle of Wards 10 Best Engines is over, and every year I say the same thing: These green cars are the real deal. There is no sacrifice in performance – in many cases torque is plentiful and immediate – and you get better fuel economy and reduced tailpipe emissions.

This year we have four, count ’em, four green cars on the Wards 10 Best Engines list, out of a very good field of three hybrids, seven plug-in hybrids and one electric vehicle.

The BMW 330e PHEV narrowly missed and we found a lot to like about the new Hyundai Ioniq EV, too. Both cars have awesome regenerative braking ability. Judge Bob Gritzinger added more than 10 miles (16 km) of range on his stop-and-go-heavy commute home in the Ioniq.

But in the end the Chevrolet Volt, Chrysler Pacifica Hybrid, Honda Accord Hybrid and the Hyundai Elantra Eco made it for of course being easy on gas, but no slouch on acceleration or passing power.

OK, I’m fudging the definition of green cars with the Hyundai. But while it lacks electrification, the Elantra Eco is all about achieving better than expected fuel economy (from a 1.4L turbo to boot), so I’m including it.

Sales of traditional hybrids such as the Accord are down 10.8% through November to 304,942 units, according to WardsAuto data. Plug-in hybrids, such as the Pacifica and extended-range electric Volt, rose 58.7% to 60,850 due in large part to the new Volt.

But while the Volt has enjoyed a 58.5% sales surge this year thanks to its second-generation model, the EREV’s 21,048 deliveries through November are, let’s be honest, pathetic compared with those of the Chevy Cruze. Sharing a platform with the Volt, the Cruze has racked up 171,552 deliveries this year.

The Pacifica Hybrid is a newbie, hitting dealer lots now. This may be the best test yet to see if car buyers, in an American-as-apple-pie segment, will accept alternative propulsion. Chrysler has priced the Pacifica Hybrid very affordably – from $42,000, the same price as the non-hybrid Pacifica’s top Limited grade but nowhere near the $50,000 a fully loaded minivan can cost today.

Chrysler hopes to improve its odds by calling the Pacifica a “hybrid” rather than the true “plug-in hybrid,” because research shows buyers are scared by the notion of having to plug in their car. Good grief, there’s nothing to fear folks, and so much to gain (such as the ability to drive a big vehicle without burning gasoline).

Yes, I believe fear is why these vehicles don’t sell better. Cost normally is cited as the main deterrent, but with up to $7,500 in federal tax credits available, and very affordable leases available (a dealer near our office has been advertising a $169-a-month Volt lease), that can’t be an excuse anymore.

“This is by far the most practical EV you can own and it’s also pretty fun to drive,” decrees Judge Drew Winter of the Volt.

If you can plug in your iPhone and iPad you can plug in your car, folks. It really is that easy. And in the case of hybrid Accord and Elantra Eco, there is no plugging in necessary. “No typical hybrid whine,” says Judge Dave Zoia of the Honda. “You could drive this and not know it’s a hybrid.”