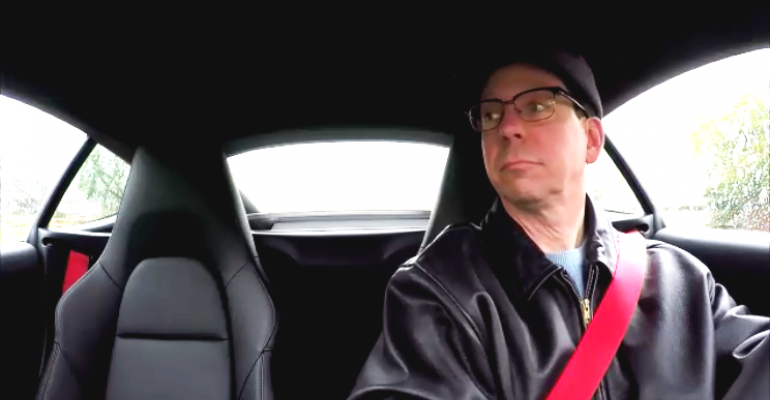 Yes, I bonded with Porsche&rsquo;s 2.0L welterweight fighter, and my emotional attachment became stronger as I realized my coaching from the corner was falling on deaf ears.

It’s been a long time since I’ve had a good cry in my beer over a powertrain that failed to make the Wards 10 Best Engines list.

This year, Porsche’s first turbocharged 4-cyl. boxer in the all-new 718 Cayman coupe was eligible for the competition, sailing easily under the $62,000 base price cap (with $53,900 MSRP).

Porsche’s willingness to stick out its neck – and risk alienating a generation of customers who associate the Stuttgart automaker with 6-cyl. boxers and nothing else – speaks volumes about the brilliant technologies and ingenious engineering intended to keep German sports cars relevant in the age of increasingly onerous fuel-economy regulations.

Non-compliance can be very expensive, and automakers not traditionally known for fuel-sippers (such as Porsche) deserve recognition when they figure out ways to boost efficiency without neutering brand identity.

The 2.0L delivers high specific output (151 hp/L) and features compelling technologies, such as a fully variable oil pump that regulates pressure depending on driving style, as well as a switchable water pump, which can turn off the cooling system under certain conditions, allowing the engine to heat up more quickly.

And this boxer is an example of smart engineering, having been designed alongside the larger 2.5L boxer turbo in the “S” variants of the 718 Cayman and Boxster, as well as the 370-hp 3.0L twin-turbo flat-6 in the 911.

I say to my fellow judges: Is this not the kind of engineering excellence celebrated by the Wards 10 Best Engines competition for 23 years? Did you miss the part about this engine sharing extensive DNA with the freakin’ 911?

Pressed for justification, these misguided judges say the engine lacks punch off the line and sounds a bit too coarse at idle. Seriously? Can’t we revel in the unmistakable, charming sound of horizontally opposed pistons firing in sequence?

Then there was blather about limiting the number of expensive, limited-purpose sports cars on the list. Yeah, I’m on board with a diverse list, so long as it includes Porsche’s gem.

I commiserated with Dan Neil, the tech-savvy Wall Street Journal auto critic who won a Pulitzer Prize for his entertaining and thoughtful vehicle reviews. “What’s not to love about the Porsche 4-cyl.?” he asked. “Putting that one on the list was an easy chip shot.”

Yes, I bonded with Porsche’s welterweight fighter, and my emotional attachment became stronger as I realized my coaching from the corner was falling on deaf ears.

Like Marlon Brando in “On the Waterfront,” Porsche’s 2.0L turbo-4 shoulda been a contender.