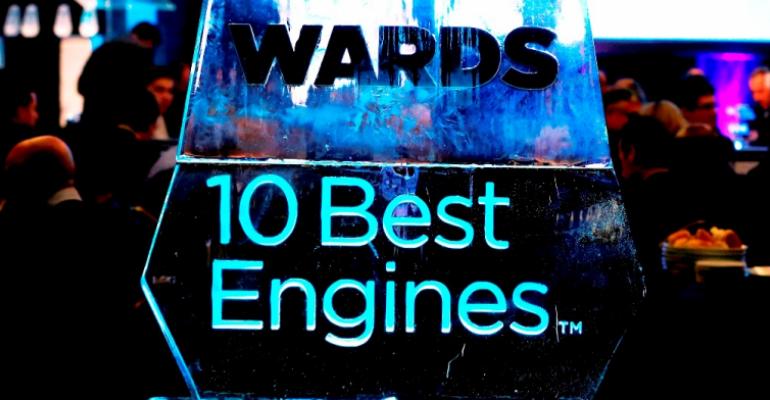 New propulsion systems​&nbsp;have improved so dramatically in the areas of power delivery, response and refinement that we find ourselves looking increasingly at observed fuel economy to break ties and seal our picks.

Oh, how we wish about this time of year we didn’t have to pick only 10 fine engines or propulsion systems to recognize as the very best.

The amazing pace of change and churn in the powertrain world leaves us with so many worthy contenders that no one leaves the process completely fulfilled, from editors making the final decision to suppliers and automakers hoping for validation.

Consider the ones that didn’t make the cut – the ones that prompt disagreeing devotees to vent on social media – such as the 5.2L “Voodoo” V-8 powering the 526-hp Ford Shelby GT350, an engine that made a compelling case for a second award in as many years.

New propulsion systems have improved so dramatically in the areas of power delivery, response and refinement that we find ourselves looking increasingly at observed fuel economy to break ties and seal our picks.

Mileage has become more important in our process, because it’s clearly a top priority for powertrain engineers searching for ways to reduce friction, weight and fuel consumption as CAFE and emissions regulations bear down in coming years.

One could argue the Wards 10 Best Engines list, recognizing three hybrids or plug-ins last year and the same number this year, is skewed, because high-efficiency vehicles are a small part of the overall market, comprising less than 3% of annual U.S. sales.

But this year’s field of 40 eligible engines and propulsion systems included three hybrids, seven plug-in hybrids and one electric vehicle – nearly 30% of the field.

Also, we pick these fuel-sippers (even though most consumers do not), because they represent some truly significant gains in overall powertrain development.

Think back to the late 1990s when hybrids were new and how their complex powertrains surged, made funny noises and felt strange. In recent years, most of those issues have disappeared, and today they are smooth, enjoyable to drive and yielding fuel-economy numbers the most efficient gasoline and diesel engines cannot match.

As long as automakers continue introducing outstanding and affordable hybrids and plug-ins, we will include them in our process. Likewise, if automakers start breaking new ground with internal-combustion engine technology, we’ll gladly incorporate it into our evaluations.

For 23 years, we have chosen the Wards 10 Best Engines by driving all new or improved engines or propulsion systems available in production vehicles in the U.S. market. The 40 nominees include last year’s 10 winners.

Eight editors conduct evaluations in October and November during their routine commutes in metro Detroit and score them on horsepower, torque, technology, observed fuel economy, relative competitiveness and noise characteristics. Vehicle base price must be below $62,000 to be eligible.

Today, WardsAuto kicks off an extensive 2017 Wards 10 Best Engines package, including a photo gallery of editors in the process of evaluating vehicles. Tomorrow, we will begin profiling two winners each day for a week.

On Wednesday, Jan. 11, the awards will be presented to winning automakers at a ceremony in Detroit during the North American International Auto Show. On the same day, we will post our “Quick Hits” summaries of our likes and dislikes of all 40 powertrains in this year’s competition.