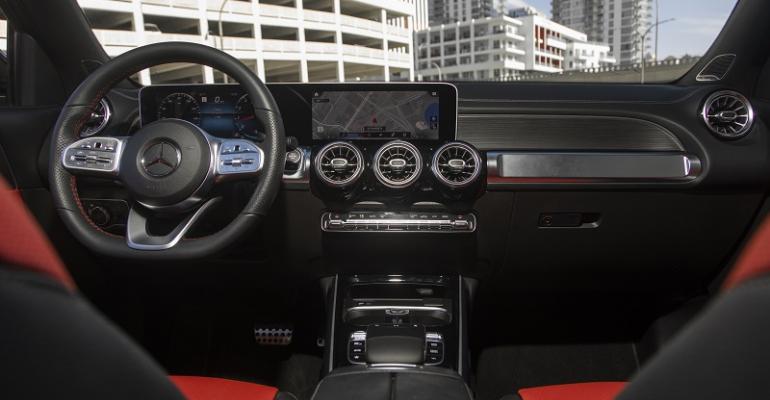 “This is a precision-built piece of German craftsmanship,” says Wards 10 Best Interiors judge Bob Gritzinger. Judges also were impressed with its smart use of high-quality materials.

For a company known for building some of the biggest, most luxurious cars and trucks on the planet, Mercedes-Benz sure is making a lot of noise lately in the compact segment.

The German automaker’s latest triumph is the GLB small crossover, a 2020 Wards 10 Best Interiors winner. The nod to the funky, flexible GLB comes just one year after the groundbreaking A220 sedan captured the same honor. Both vehicles prove that luxury does not have to be measured by wheelbase or carry a six-figure sticker.

As tested at $57,470, the all-new GLB certainly qualifies as luxury.B ut with a base price of $37,000 it is within reach of first-time buyers in the segment, especially the small families it targets. The GLB fits between the smaller GLA and larger GLC in the Mercedes-Benz lineup.

The GLB impresses Wards judges on several fronts, but it draws particular favor for its smart use of high-quality materials. Black Linden wood trim inserts are textured and feel live to the touch, while the satin trim pieces for door handles, door pulls, steering wheel and center console declare the GLB worthy of the Mercedes star. Along with metallic racing pedals, the materials contrast nicely against a backdrop of titanium and black leather.

“It all tells me this is a precision-built piece of German craftsmanship,” says judge Bob Gritzinger.

Judge Tom Murphy points out authentic stitching lining the cabin and its quality, woven headliner: “They didn’t skimp on materials.”

The refinement is complemented by an optional 64-color LED ambient lighting system, which provides the interior with a warm glow from light pipes located in the door panels, center console and dashboard. In the dash, the pipe ingeniously runs from the far-right passenger’s side before disappearing behind the broad glass of the 10.25-in. (26 cm) center screen and 10.25-in. driver display. It reappears for just a few inches to the driver’s left, giving the treatment a finished appearance. HVAC vents resembling wind turbines draw the selected ambient color and briefly turn blue when the cabin temperature is lowered, or red when raised. 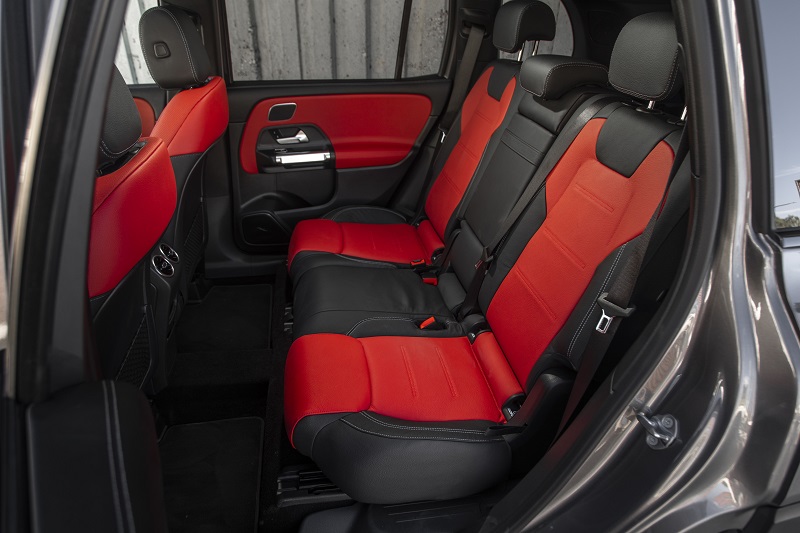 As with all new Mercedes vehicles, the tour de force is the available Mercedes-Benz User Experience, or MBUX, an intuitive and artificially intelligent multi-media system. The voice-recognition of MBUX, a 2019 Wards 10 Best UX winner in the A220, wakes to “Hey, Mercedes.” It recognizes natural speech, such as “Hey, Mercedes, I’m cold,” to raise the cabin temperature, and it uses AI to learn its owner’s idiosyncrasies. The immense connectivity of the system also can be explored through a touchpad and a handy palm rest makes the task easier.

Navigation with augmented reality gives MBUX a clear technology leadership position within the industry, while gesture recognition conveniently sends a splash of light to darker areas where the driver or passenger may be reaching toward. Quality cupholders firmly secure beverages of various sizes, and a nifty little arm will deploy over the wireless phone charger pad at the front of the console to keep it locked down during light off-roading or spirited driving. Kinetic seats deliver slight manipulations to the seating positions of front-row passengers for heightened comfort on long hauls.

Mercedes doesn’t ignore second-row passenger’s, either. The GLB’s second row reclines and slides forward to offer an additional 6 cu.-ft. (170 L) of rear cargo space or rearward for an additional 9 ins. (229 mm) of legroom. There are three adjustable head restraints to cap off a long list of active and passive safety items. Two USB ports and a 110V plug occupy the rear of the center console to keep the back row charged, and deep scallops to the seat backs of the front row provide additional legroom.

One in three Mercedes-Benz cars globally is a utility vehicle these days and, surprisingly enough, one in four is a compact model. With a class-leading interior, the GLB has a bright future ahead in today’s crossover-crazy market. 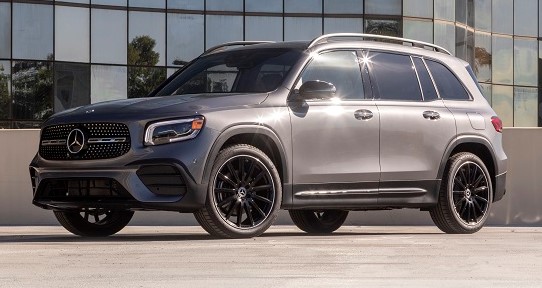