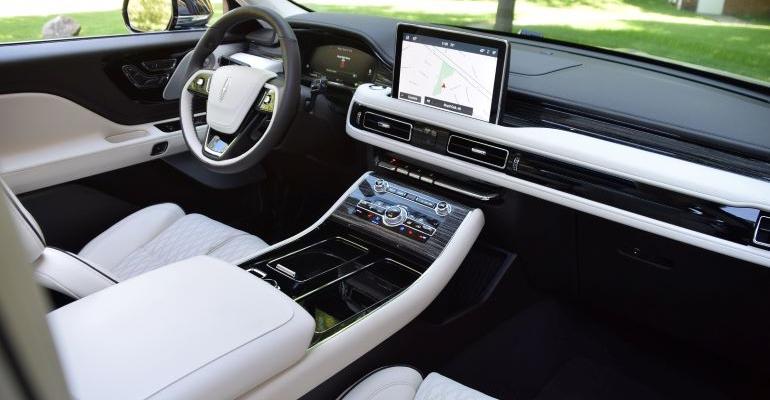 “So much attention to detail,” says Wards judge Christie Schweinsberg. “The interior does sell the vehicle, for sure.” Inside the CUV, creativity and sophistication flow front-to-rear.

Symphonic chimes serve as driver-alert signals inside the Lincoln Aviator.

But the feature is one of many special touches found throughout the cabin.

It makes sense that if Lincoln interior designers did that with driver-alert audibles, such attention to detail, creativity and sophistication would flow front-to-rear.

And it does in the Aviator, a 2020 Wards 10 Best Interiors recipient.

Ford is determined to revive its 100-year-old luxury brand, which had lost some of its luster in recent decades. The automaker opted to make Lincoln interiors stand out, and the Aviator proves the mission successful.

One can forgive Lincoln for almost overusing the word “sanctuary” in describing the Aviator cabin. But it’s neither undue boasting nor false advertising. The interior is serene and quiet. It’s easy on the eyes, no matter where you look.

“When you pull the door closed, it sucks itself in,” says judge James Amend. That’s only the beginning. Sit back, relax and enjoy the ride. Or just do the first two. In a poll, 45% of respondents said they sometimes withdraw to their parked vehicle and sit. The Aviator is perfect for that. (And think of the fuel savings.) 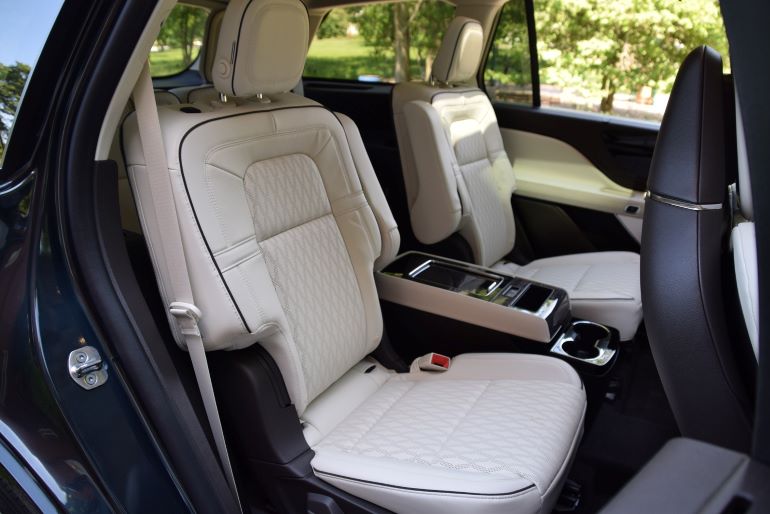 Contributing to the serenity-wow are laminated glass (windshield and side windows), special sound-deadening efforts such as 360-Degree Hood Sealing, a double-wall insulated dashboard and active noise cancellation.

Visually, the Aviator’s upscale cabin is a delight, from a wide, horizontal design that enhances the vehicle’s airy feel, to the sweeping dashboard, to the intricately fabricated speaker grates with a swirling design, to the swoop of the generously proportioned center console, to the graceful steering-wheel center wrapped in leather and shaped like a horse collar, to the detailed piping along the crafted link-design perforated leather seats, to automatic push-button door openers.

Lincoln resisted the temptation of stuffing the interior with accoutrements, making it look busy. It’s not minimalism art but there’s a certain restraint, such as an economy of buttons, that keeps visual clutter at bay.

For instance, “the steering-wheel controls are not the jumble you see on some vehicles today,” Amend says.

The steering wheel features strategically placed streamlined four-way switches to control music, phone, navigation functions and settings. Reinforcing the minimalist approach are steering-wheel buttons that light up for adjusting adaptive cruise control. When ACC is off, so are the lighted controls.

“So much attention to detail,” she notes. “The interior does sell the vehicle, for sure.” (Base price of the AWD Black Label edition we tested was $77,695, plus $3,000 for a dynamic-handling package.)

A Revel Ultima 3D Audio System re-creates a concert-hall experience. Occupants are immersed in sound from 28 speakers throughout the cabin. No matter where you sit, it’s the best seat in the house.

Second-row occupants have their own center-console storage bin, buttons to open and close the panoramic sunroof and a screen with entertainment and climate controls.

Up front is a big, clear infotainment touchscreen with high resolution and a sensible menu layout.

Check the boxes for other features modern luxury-vehicle owners (and even some mainstream-vehicle buyers) have come to expect: a pad for wireless phone charging, power outlets throughout and Wi-Fi.

Altogether, the Aviator’s level of refinement and thoughtfulness surpasses key rivals, Amend says. “Lincoln has a rock-solid design direction. They are not throwing every trick in the book at their vehicles.” 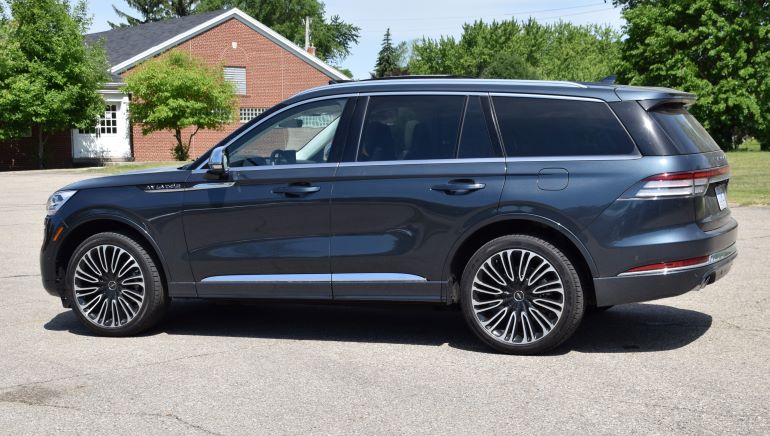