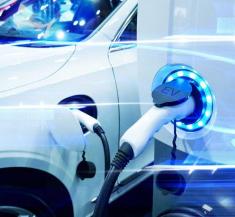 2019 Winner: Honda Accord Hybrid 2.0L Atkinson i-VTEC 4-Cyl./HEV
Jan 09, 2019
This powertrain is one smooth operator, delivering power and torque in such seamless fashion that it may have you asking, “Is this really a hybrid?”

2019 Wards 10 Best Engines Quick Hits
Jan 07, 2019
A pro-and-con summation of all 34 powertrains evaluated in the 2019 competition. Many comments come directly from editor scoresheets. (Winners in red.)

Wards 10 Best Engines Achieves 25-Year Milestone
Jan 02, 2019
Honoring the finest powertrains was the goal of former Wards Technical Editor Bill Visnic, who recognized in the mid-1990s that certain new engines were so good, they were capable of sealing the deal once a potential customer took a test drive...