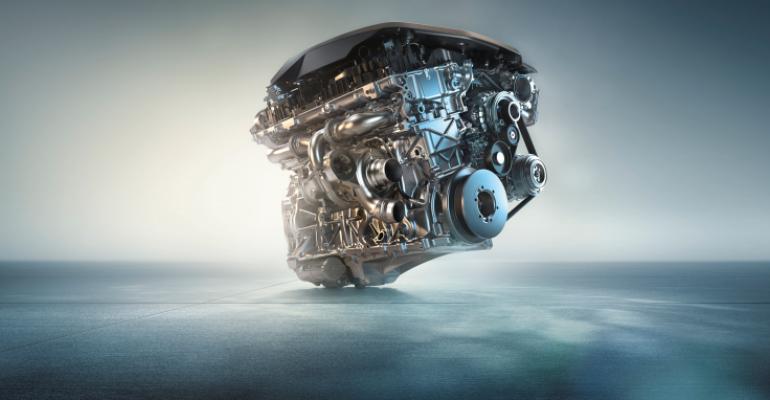 Yet Another Spectacular 6-Cyl. Turbo from BMW

With 47 more ponies than last year’s winning B58 inline 6-cyl. turbo, the M340i’s engine never gasps for breath, no matter how much flogging occurs near the redline. And who would expect 25 mpg to go along with 369 lb.-ft. of torque?

The 2020 Wards 10 Best Engines & Propulsion Systems are being revealed, in random, non-alphabetical order, one a day until Dec. 20. This is the second winner profile.

A year ago, BMW had no trouble winning its 34th Wards 10 Best Engines trophy for its updated B58 3.0L turbocharged inline 6-cyl. in the new X5. BMW gasoline turbo-6s, including the B58’s predecessor, had won nine 10 Best trophies since 2007.

Make that an even 10 with this year’s arrival of a high-output version of the B58. It really didn’t need improving, but Bavaria saw fit to add 47 hp and 39 lb.-ft. (53 Nm) of torque for application in the M340i sedan (pictured below), which is quite a bit lighter and more nimble than the X5 SUV.

During staff test drives totaling more than 400 miles (644 km) shortly after Halloween – complicated by several inches of snow blanketing metro Detroit unseasonably early – the M340i’s DOHC 3.0L turbo-6 was ready for anything and never once gasped for breath, no matter how much flogging occurred near the redline.

“The car’s no slouch no matter what mode you drive in (EcoPro – hah!),” editor Bob Gritzinger writes on his scoresheet. “Punch up Sport Plus, hammer the accelerator and hang on.” 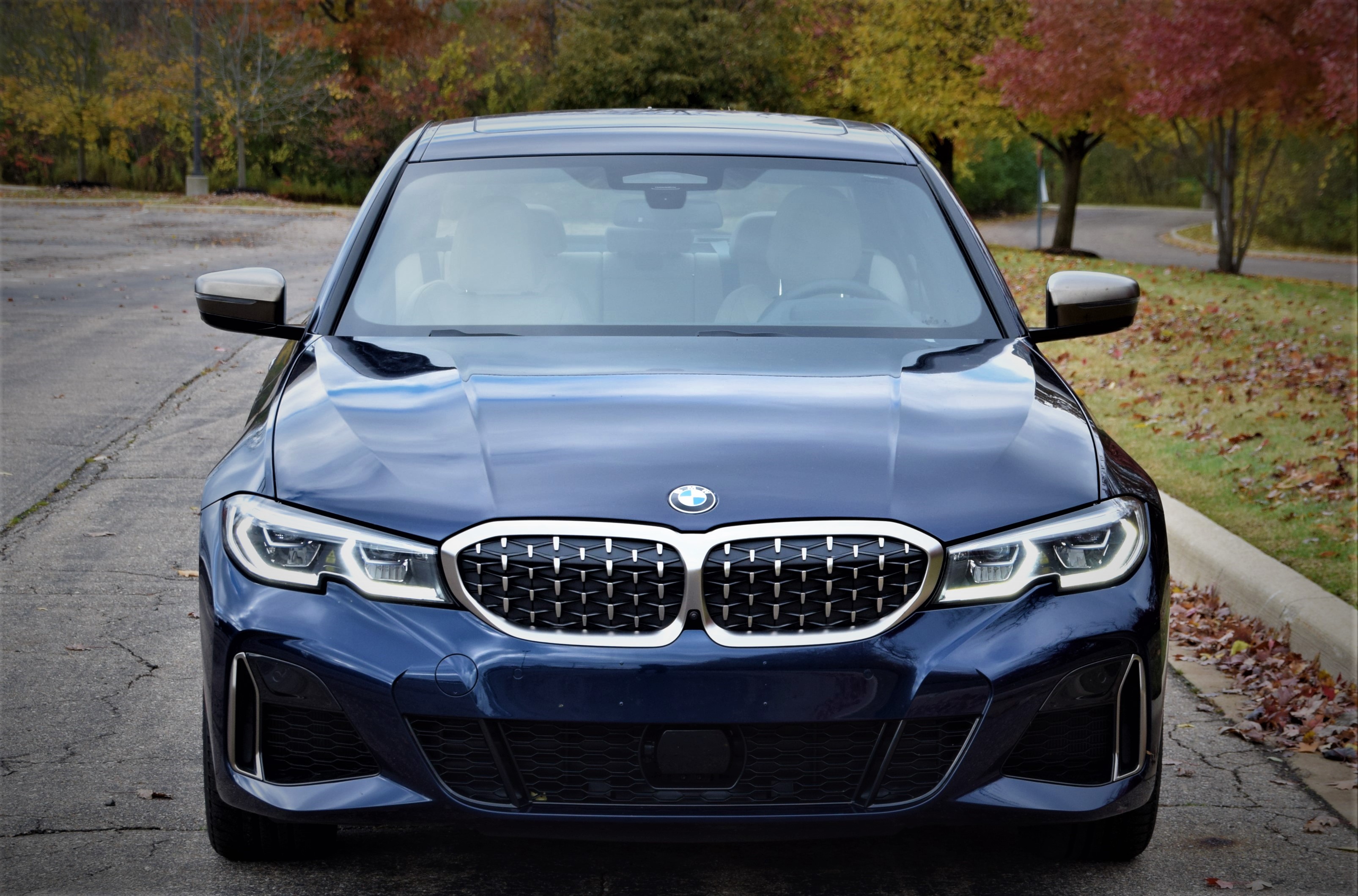 Speaking of EcoPro, BMW offers this as one of several driving modes to maximize coasting, stop/start functionality and brake regeneration, while stiffening the accelerator pedal. Someone buying a 382-hp German sport sedan might ask, “Why?”

Having driven hundreds of miles in BMWs in recent years, I’ve come to appreciate EcoPro during steady-state driving on the highway – the casual cruiser mode – to conserve fuel. Few others on staff spent much time in EcoPro mode, and yet most judges remarkably topped 25 mpg (9.4 L/100 km) during our testing.

Enabling both fuel efficiency and an eagerness to run hard are several upgrades specific to this version of the B58 engine in the M340i:

Overall, the engine benefits from improved cooling and reductions in component weight, internal friction and emissions. This engine, in the same state of tune, also appears in BMW’s Z4 M40i roadster and ’20 X3 M40i and X4 M40i CUVs. 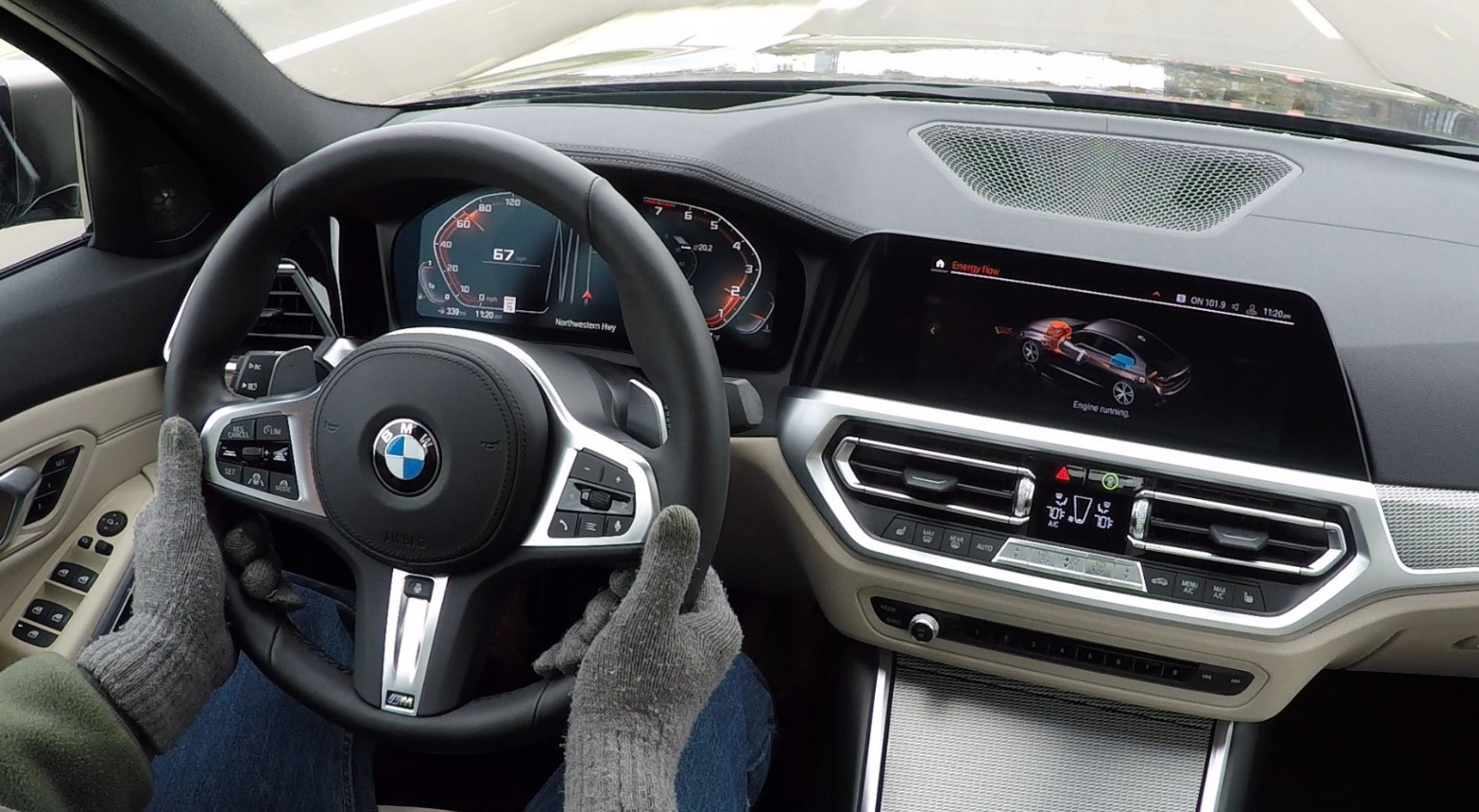 And yet, the M340i is more than a half-second faster accelerating to 60 mph (97 km/h), at 4.2 seconds with XDrive all-wheel drive and 8-speed ZF automatic transmission and running on premium fuel.

Stretching its legs, the M340i exhibits a glorious, throaty exhaust note, especially when cycling through gears with paddle shifters.

“BMW drops the equivalent of a Russell Westbrook triple-double on the rest of the industry with this awe-inspiring turbo inline-6,” editor James Amend writes on his scoresheet. 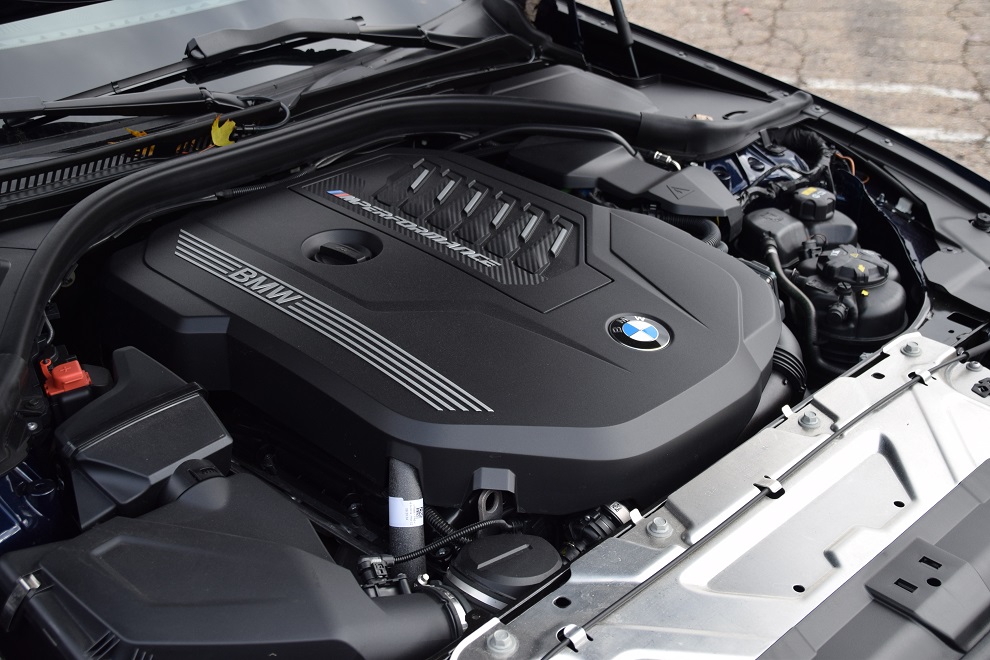 BMW's B58 engine in M340i sedan earned darn near perfect scores in horsepower and torque categories.