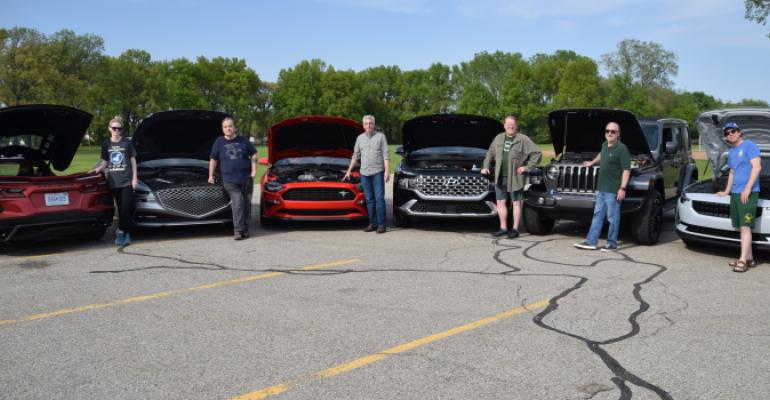 What A Time to Pick Top-Notch Powertrains

Wards judges have been testing 39 of the latest internal-combustion and electrified powertrains as part of 2021 Wards 10 Best Engines & Propulsion Systems. Winners will be announced in September and will be recognized during Informa’s Automotive Tech Week beginning Nov. 15 in Novi, MI.

It seems like a lifetime ago, the last time we announced winners for Wards 10 Best Engines & Propulsion Systems, in December of 2019. Then came a pandemic and, like so many other disrupted routines, our 10 Best testing programs were temporarily derailed and perhaps changed forever.

In short, 10 Best Interiors and 10 Best UX testing normally would be done in the first half of the year, then 10 Best Engines & Propulsion Systems in the second half. But COVID-19 forced us to reverse the order, which means for the first time in 27 years we have evaluated powertrains when the daffodils bloom, instead of when the leaves are falling.

Awards for all three competitions will be given to winning automakers during Informa’s Automotive Tech Week beginning Nov. 15 at the Suburban Collection Showplace in Novi, MI.

For the past three months, Wards judges have been test-driving 39 all-new or significantly improved powertrains in vehicles offered for sale in the U.S. Winners will be announced in September.

For this year and into the future, the price cap that has been in place since the competition began in 1995 has been removed. It started at $50,000 and ballooned to $65,000 for the 2020 program, but even at that price point failed to encompass some of the industry’s latest innovations.

Electrified powertrains have made our list multiple times since the Toyota Prius won its first award in 2001 (as well as three subsequent trophies through 2016). But this year’s competition represents a turning point – a torrent of electrified, factory-ready powertrains from automotive brands across the sales spectrum.

Of this year’s 39 nominees, 18 vehicles have full hybrid or battery-electric drivetrains. A dozen more vehicles have mild-hybrid stop/start systems to automatically shut off the combustion engine at stops.

Eight all-new battery-electric vehicles were included, from the return winner Hyundai Kona and the new Volkswagen ID.4 to the Ford Mustang Mach-E, Porsche Taycan and Toyota Mirai FCV, the latter available only in California, which has a limited hydrogen fueling infrastructure. 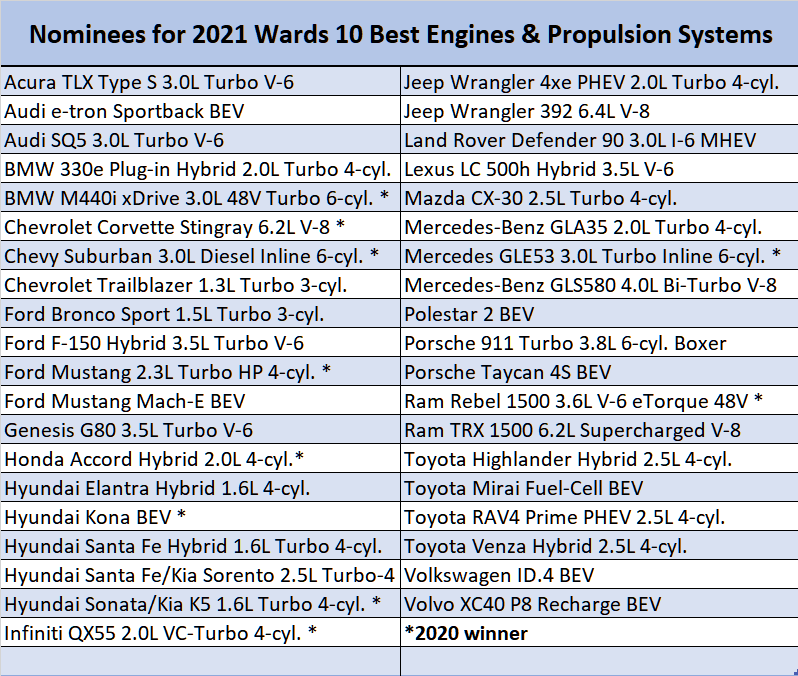 That’s not to suggest internal-combustion engines are taking a back seat to the electrified entries. This year’s field includes 14 4-cyl., 11 6-cyl., four V-8s and two 3-cyl. engines.

And forced induction remains as popular as ever: 21 engines are paired with turbochargers and two with superchargers. That includes the Land Rover Defender’s 3.0L inline 6-cyl., which is both turbocharged and supercharged while being a 48V mild hybrid.

This list of 39 nominees illustrates the turmoil that has gripped powertrain development teams as automakers look far into the future – with plans for lots of BEVs – while maintaining and updating existing combustion engines to meet customer needs for the next decade and potentially beyond.

This is a fascinating time for us to check the industry’s powertrain pulse, to see what really lights our fire, as global environmental regulations force automakers to manage the transition from burning fossil fuels under the hood to instead burning them at coal-fired power plants to generate enough electricity to drive a car for hundreds of miles.

Growth in renewable energy sources (such as wind, hydro and solar) should tip the balance in favor of BEVs, so long as the charging infrastructure continues growing and can keep pace with consumer demand.

Sure, there are consumers who say the keys to their gasoline-fueled pickup or sports car will have to be pried from their cold, dead fingers.

But Tesla has proven there’s a market for a compelling all-electric car. And if BEVs continue improving and batteries become more power-dense for longer range so people can get around without too much anxiety or fuss, all while beating gasoline engines in 0-60 mph (97 km/h) times, the market surely could shift away from internal combustion.

Or, maybe there won’t be enough cobalt, lithium and other elements to manufacture a planet’s worth of BEVs, which then raises the possibility of a hybrid market, with combustion engines and battery-electrics sharing the mobility load for several decades to come.

In the meantime, it’s a gas to watch all this unfold. 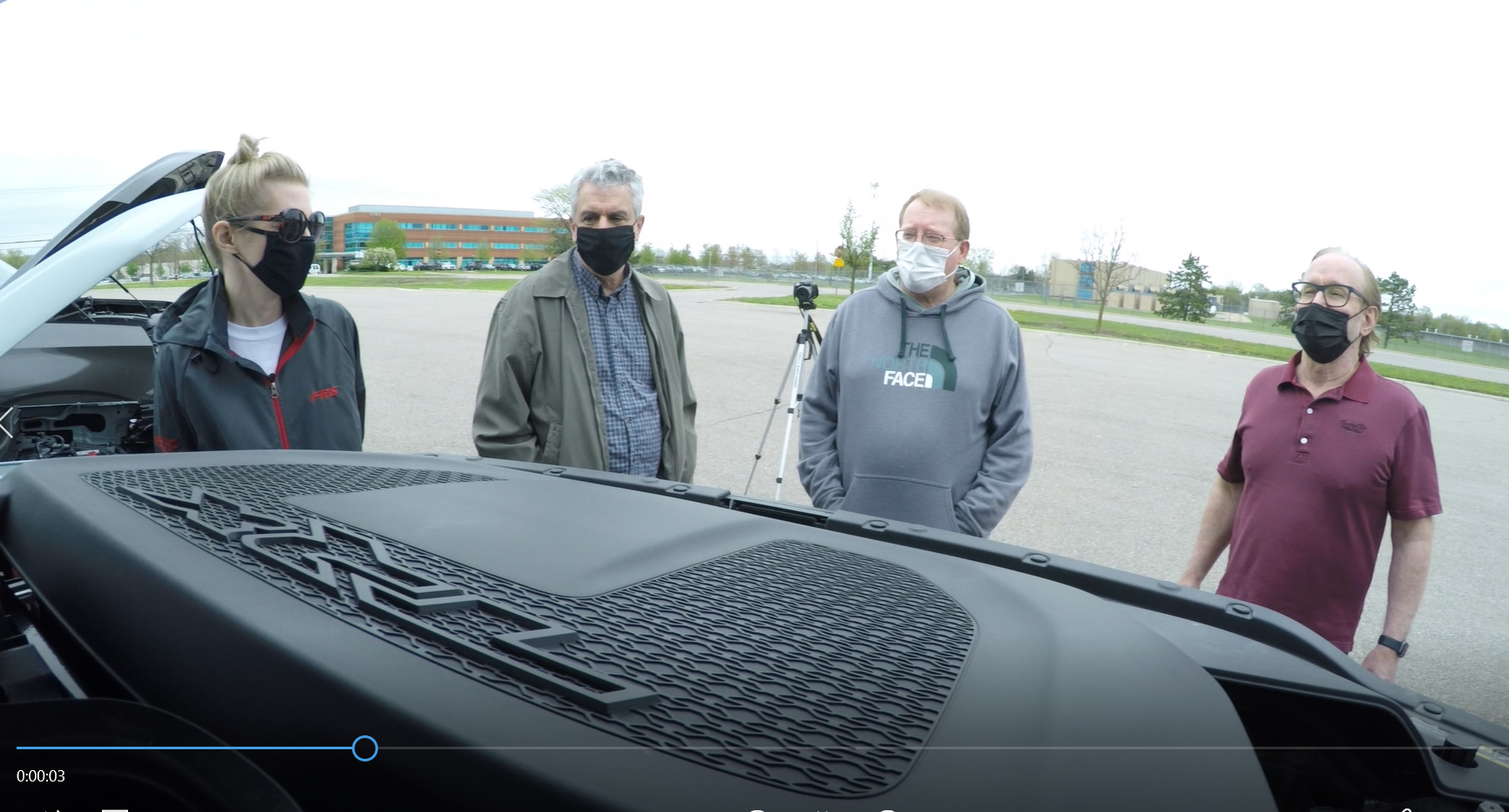