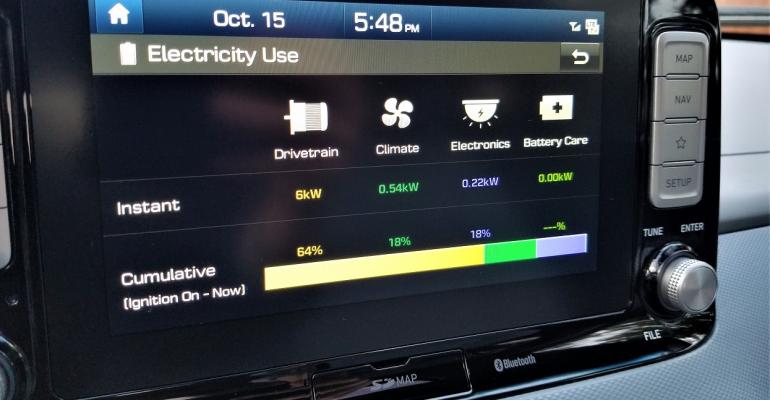 Despite all the luxury BEV newcomers in 2019, the mass-market Kona still has one of the longest-range lithium-ion battery packs in the industry.

The 2020 Wards 10 Best Engines & Propulsion Systems are being revealed, in random, non-alphabetical order, one a day until Dec. 20. This is the ninth winner profile.

Our judges find a lot to keep loving about the propulsion system in the Hyundai Kona Electric CUV, which makes a repeat appearance on our Wards 10 Best Engines and Propulsion Systems list after its debut in 2019.

The motor makes 290 lb.-ft. (395 Nm) of instant torque, which allows us to chirp the tires during heavy-footed testing, not once or twice but three times during the same run, a few seconds apart. “It was as if the Kona was working through gears on a transmission!” judge Tom Murphy writes, even though the BEV uses a single-speed transmission.

Judge Bob Gritzinger loves the way the Kona “turns on the juice, enabling the ability to take on all comers.” He predicts as BEVs proliferate, we’ll see plenty of reports of them blowing past all manner of high-powered combustion-engine vehicles when departing stop lights. 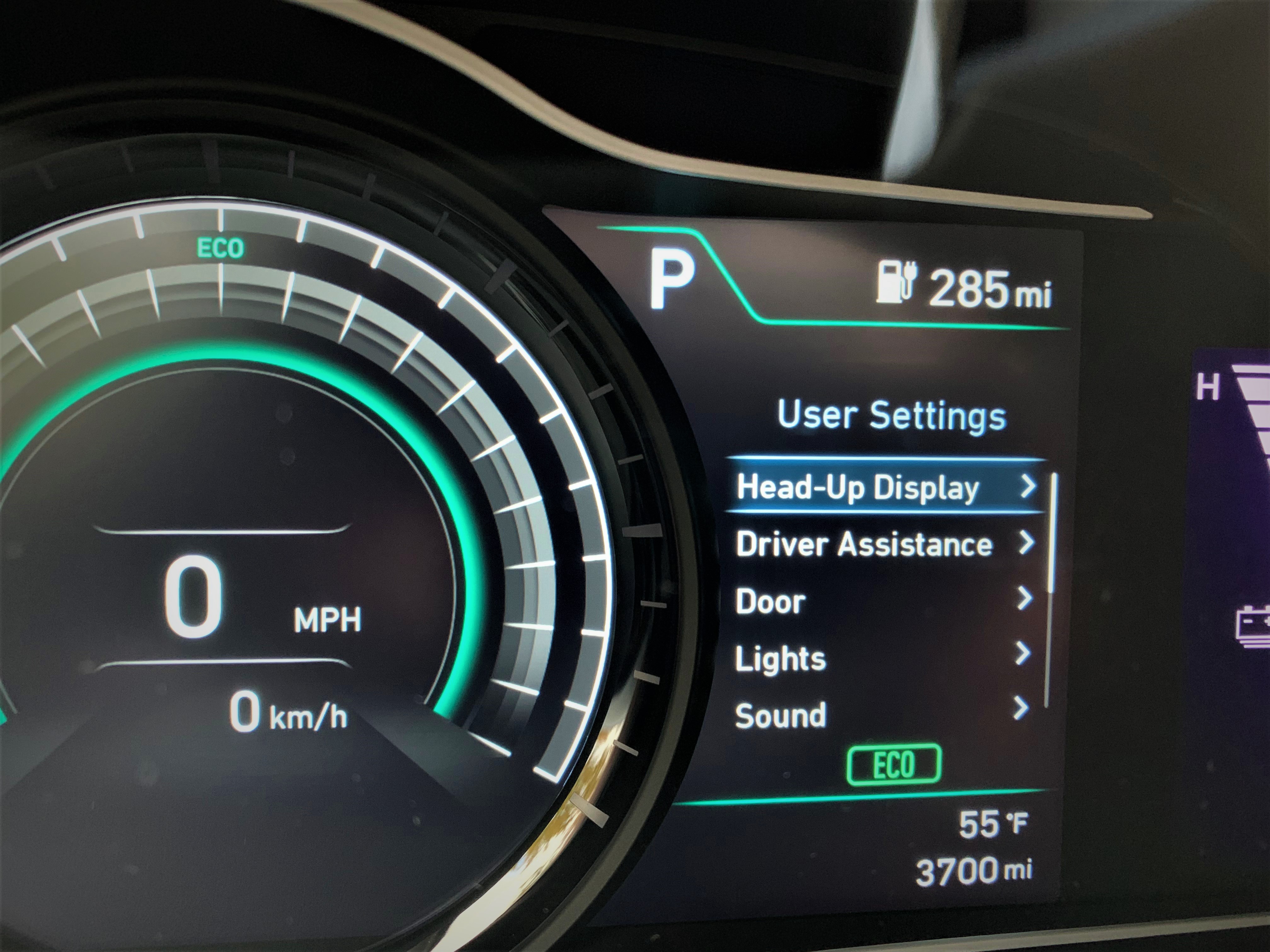 Despite all the luxury BEV newcomers in 2019, the mass-market Kona, priced from roughly $37,000-$45,000 before the $7,500 federal tax credit for plug-in electric vehicles is applied, still has one of the longest-range lithium-ion battery packs in the industry.

What’s more, the range proved to be sticky, with judge Winter traveling 51 miles (82 km) but only using 39 miles (63 km) of range thanks to his use of maximum regenerative braking and opting for his heated seat rather than the Kona’s HVAC system to warm him.

For those living in colder climates, Hyundai has made standard on ’20 Limited and above grades of the Kona Electric a battery warmer to reduce power losses.

As Winter did, drivers can adjust the level of motor drag, via regenerative braking paddles behind the steering wheel (see photo below), from zero to three (none to strong). The default level is one, which slows but doesn’t stop the vehicle unless it is traveling at a very low speed. 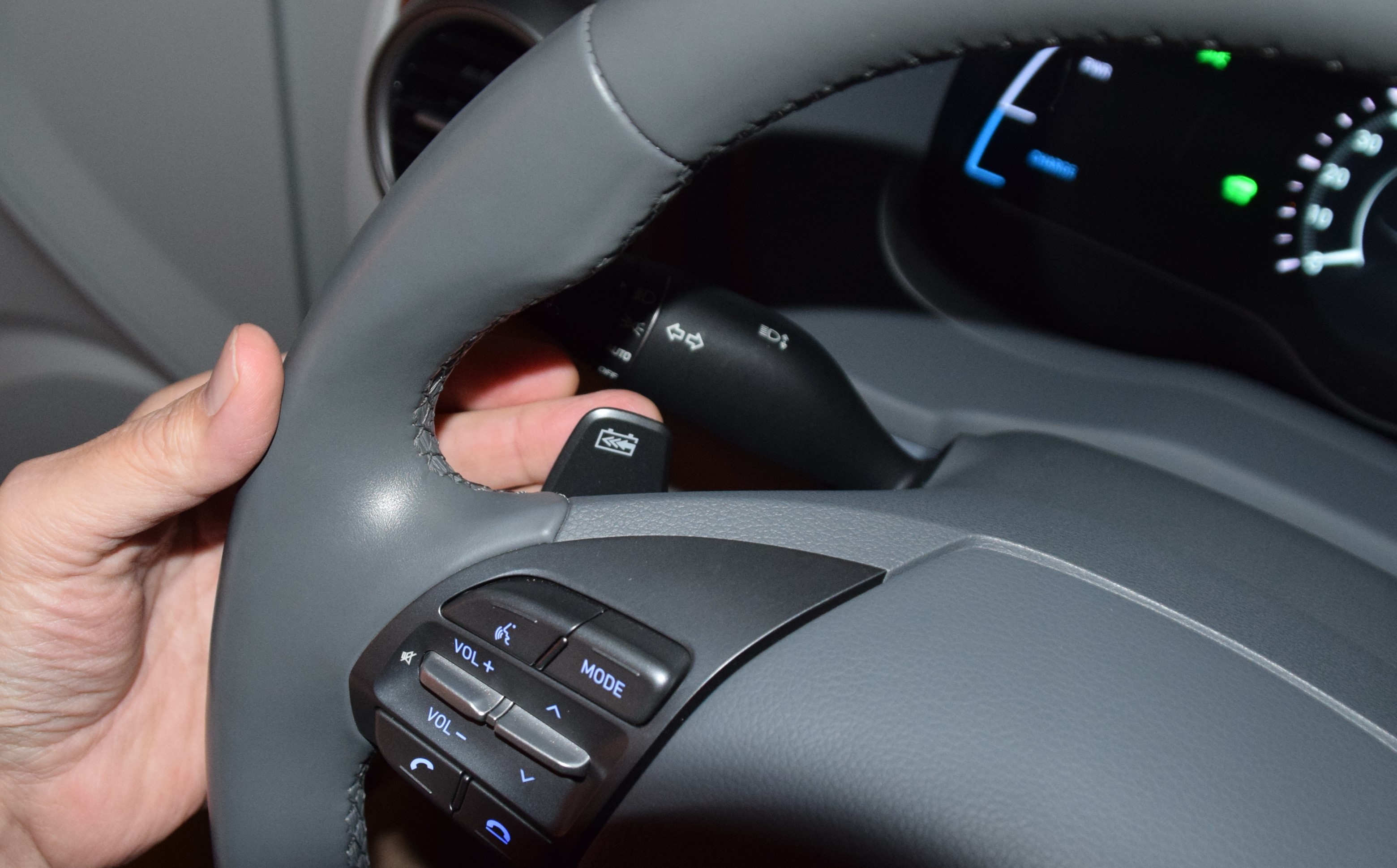 Holding in the left paddle brings the Kona Electric to a complete stop and is equivalent to about 0.25g of deceleration, Hyundai says. It’s like one-pedal driving.

As we noted last year for its inaugural win, the Kona’s robust Li-ion pack, liquid-cooled and operating at 356V, enables relatively long-distance travel similar to an ICE-powered vehicle and lessening the need to stop and charge.

For instance, one can travel from San Diego to Santa Barbara in a Kona Electric (218 miles [315 km]) on its EPA-estimated range, so long as accelerator inputs – and use of the HVAC system – are somewhat restrained.

Hyundai claims the Kona Electric’s pack can charge from 0% to 80% full on a Level 3 DC fast charger in 54 minutes, thanks in part to a maximum charging threshold of 75 kW for the vehicle.

While there aren’t many ultra-fast DC chargers capable of doing that, some are coming online and more are planned, enabling the Kona Electric to be the only daily driver many will need, and helping the BEV sector proliferate in the U.S. 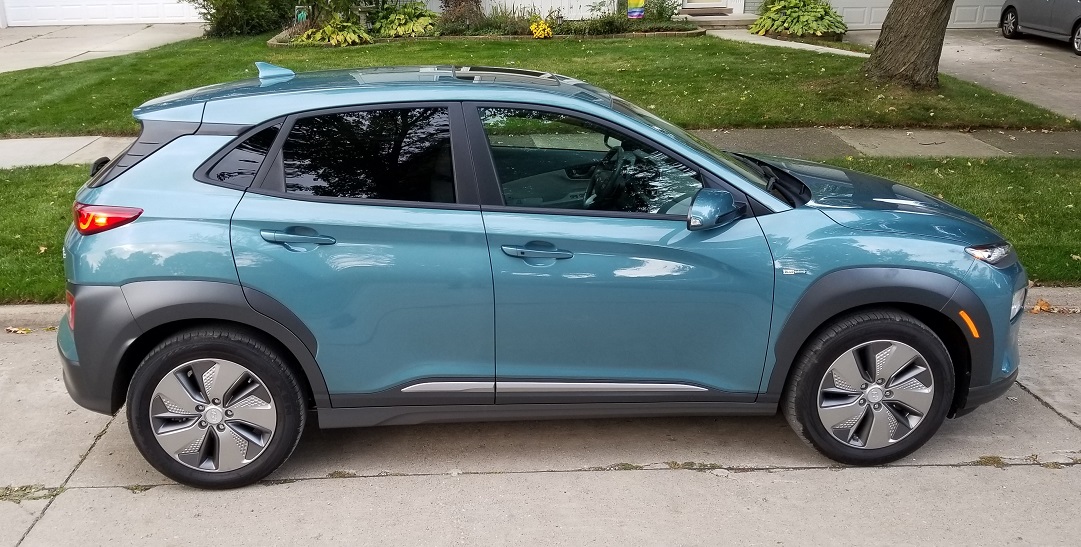