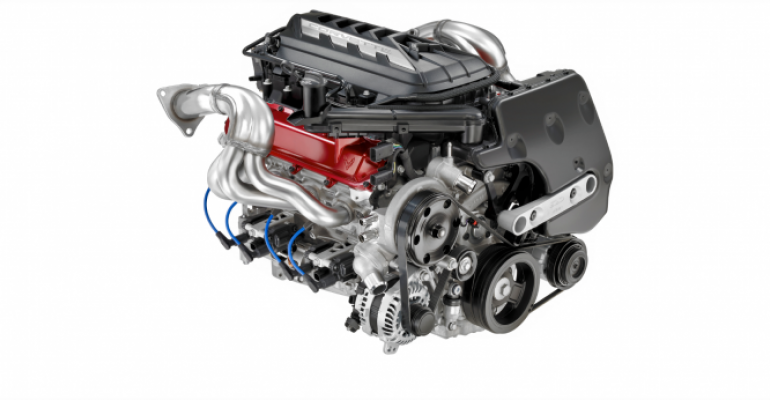 With a radically new mid-engine placement, the LT2 also may finally silence critics calling the camshaft-in-block an elder statesman.

The 2020 Wards 10 Best Engines & Propulsion Systems have been revealed one-a-day, in random, non-alphabetical order. This is the final winner profile.

The General Motors small-block V-8 is no stranger to the annual Wards 10 Best Engines & Propulsion Systems list, with the silky smooth and monstrously power-dense unit winning an award last year, as well as back-to-back wins in 2014 and 2015, a nod in 2008 and repeat grabs in 1998 and 1999.

However, this year’s mid-mounted 6.2L LT2 V-8 in the ’20 Chevrolet Corvette Stingray arguably sets a new standard for the longtime architecture and its familiar 4.4-in. (111.7-mm) bore-center spacing with one camshaft in the block and two pushrod-operated valves per cylinder. And with a radically new mid-engine placement, the LT2 also may finally put an end to the image of an OHV engine as an elder statesman.

“It feels like every bit of power is available at every throttle position,” says Wards 10BEPS judge Bob Gritzinger. “The driver feels directly connected to the powertrain via the gas pedal and paddle shifters.”

Highlights of the 495-hp, 470 lb.-ft. (637 Nm) firebreather (equipped with sport exhaust) include a lower profile than its predecessor to mate with an all-new M1L dual-clutch transmission developed with gearbox specialist Tremec. The DCT makes a fine partner to the small-block, with a low 2.91-ratio first gear to optimize launch and a high-performance 32-bit control unit mounted at the transaxle for gear transitions of less than 100 milliseconds for zero torque interruption.

The intake manifold is redesigned with 19% greater plenum volume for better high-speed power. Previously, the size of the plenum was constrained to accommodate sightlines down the hood of front-engine Corvettes, but the mid-engine placement in the C8 is 1 in. (25 mm) lower than usual. Intake runners are of equal length for the first time, enhancing balance and tuning. Air flow also is improved in transition areas. It adds up to 3% more horsepower.

The exhaust manifold is upswept instead of down to accommodate the mid-engine design, which optimizes flow for another 1% power increase, while primary and secondary runners are tuned for a howl like no Stingray before.

Judges enjoyed the “double-pull” feature to the paddle shifters, which creates a neutral state to the transmission and allows the driver to free-rev and enjoy the exhaust wail. 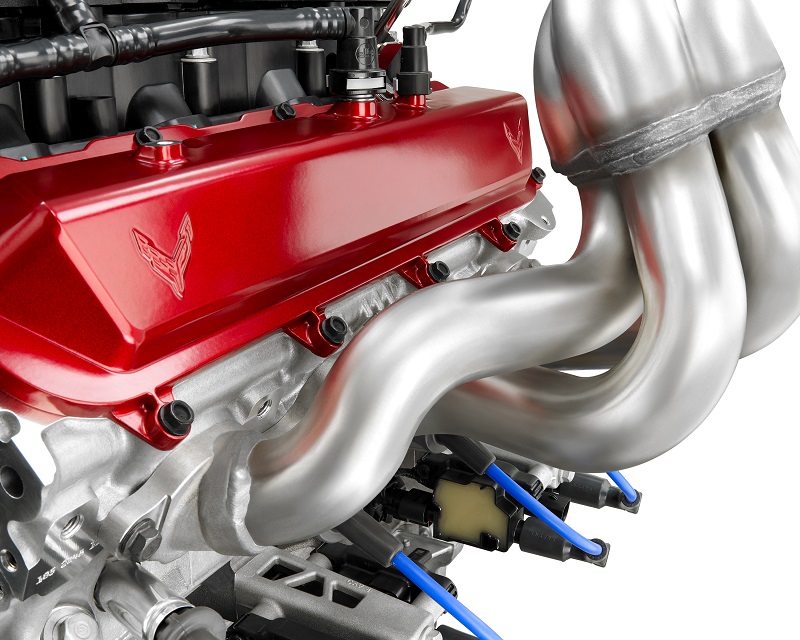 The new placement of the engine also enables a redesigned lubrication system. Since the engine sits lower, which optimizes the car’s center of gravity, the dry sump was moved from underneath to a front corner.

Camshaft improvements include an increase in exhaust-valve lift by 1.0 mm to 14 mm, while the intake and exhaust duration is lengthened and valve covers receive aesthetically pleasing “Venthan Red” paint to give the engine pop when viewed through its clear exterior cover.

But as with the stellar small-blocks to precede the LT2, its whole is greater than the sum of its parts thanks to meticulous integration. Wards judges repeatedly remarked of the engine’s tremendous balance, linear power delivery and superb drivability.

“One of the biggest distinctions is how unintimidating this engine is despite its power,” judge Drew Winter says of the Tonawanda, NY-built unit. “Even more than previous generations, this engine could easily be a daily driver.”