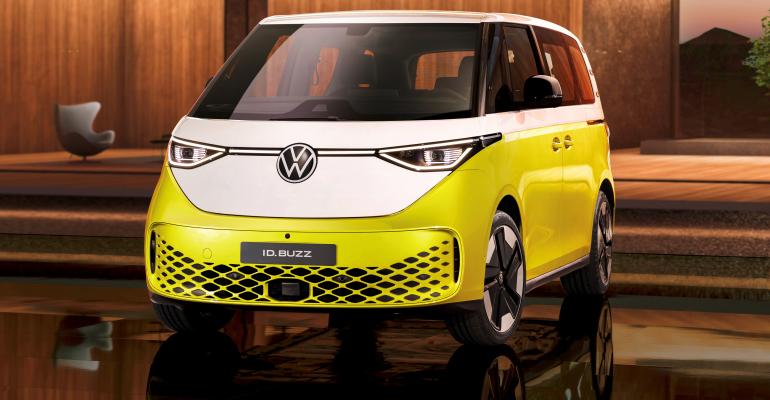 Volkswagen’s plans to resurrect the Microbus can be traced back 21 years to when the German automaker, then headed by the enigmatic Ferdinand Piech and buoyed by the positive response to its modern-day recreation of the Beetle, revealed a retro-inspired MPV concept called the Microbus at the 2001 Detroit auto show.

Based on the fifth-generation Multivan, the versatile 7-seater was styled at the same California-based design studio as the New Beetle. It also featured many of the exterior design cues seen on the original T2 VW commercial van sold between 1950 and 1975, albeit in a much larger form at 185.9 ins. (4,722 mm) long and with two sliding rear doors as well a large vertical tailgate that hinged upwards.

Boasting an interior with art deco accents and three rows of seats, the first of four different van concepts to be constructed by VW over the following two decades was conceived to run a variety of front-mounted combustion engines, including a 3.2L gasoline V-6 with a claimed 230 hp and 236 lb.-ft. (320 Nm) of torque.

Ironically, though, given the driveline of the new ID. Buzz, the one-off Microbus concept (pictured, below) was in fact powered by a small electric motor, “for transport mobility purposes” as the paperwork I was asked to sign when I drove it in New York not long after its debut documented. 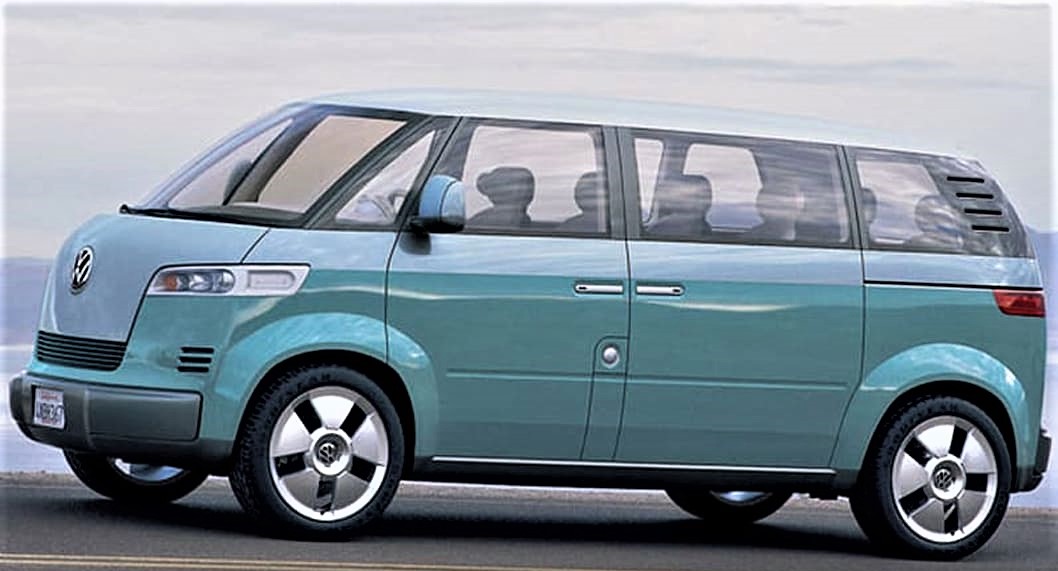 The reaction to the original Microbus concept exceeded all expectations, particularly in North America, a market in which VW was, and to a large extent still is, determined to lift its reputation as a maker of reliable but conservatively styled cars and commercial vehicles.

As with the resurrected Beetle, the throwback styling of the first Microbus concept was deemed to have successfully recaptured the free-living spirit of the late 1960s. The automotive media celebrated its unveiling as the start of a whole new chapter for VW in the U.S.

After internal studies were initiated to determine whether the Microbus could pass all relevant crash tests with no major changes to its blunt front-end design, most notably its forward-mounted windscreen, it was greenlighted for production by Bernd Pischetsrieder, who had succeeded Piech as VW chairman in 2002 after a 2-year stint as the head of its Spanish SEAT brand.

A former BMW chairman, Pischetsrieder announced the Microbus would be built at the company’s commercial vehicle plant in Hanover, Germany, starting in 2005. Its price, he hinted at the time, was to be “around $30,000”.

“The design is signed off. It is much more refined now with the right combination of retro elements and a modern vehicle that is very attractive. We expect about 50% of our volume to be sold in the U.S.,” Pischetrieder told Wards in an interview at the 2003 Frankfurt auto show.

His plans didn’t last long, though. Almost immediately after the announcement that the Microbus would go into production, members of the VW board began pushing back on the idea. Internal disagreements ensued, details of which were often leaked to the media, fueling further dissent within the top echelons of Europe’s largest automaker.

When Pischetsrieder was ousted as VW chairman in 2006, the decision to produce the Microbus was quickly overturned, a victim of a wave of cost-cutting measures instigated by the chairman of the VW brand, Wolfgang Bernhard.

Somewhat traumatized by this initial attempt at reviving the Microbus, it would be another five years before VW revisited the idea of the Microbus as a model separate from the Multivan with the unveiling of the Bulli concept at the 2011 Geneva auto show.

By then, Bernhard was gone and the VW brand was firmly in the grasp of Martin Winterkorn, who like Piech and Pischetsrieder also oversaw the operations of the rest of the VW Group.

Much smaller than the Microbus concept at 155.9 ins. (3,960 mm) long, the Bulli (pictured, below) was based on VW’s MQB platform, the same structure used beneath the Golf. It also featured a newly developed electric driveline featuring a front-mounted 114-hp electric motor and a 40-kWh battery. 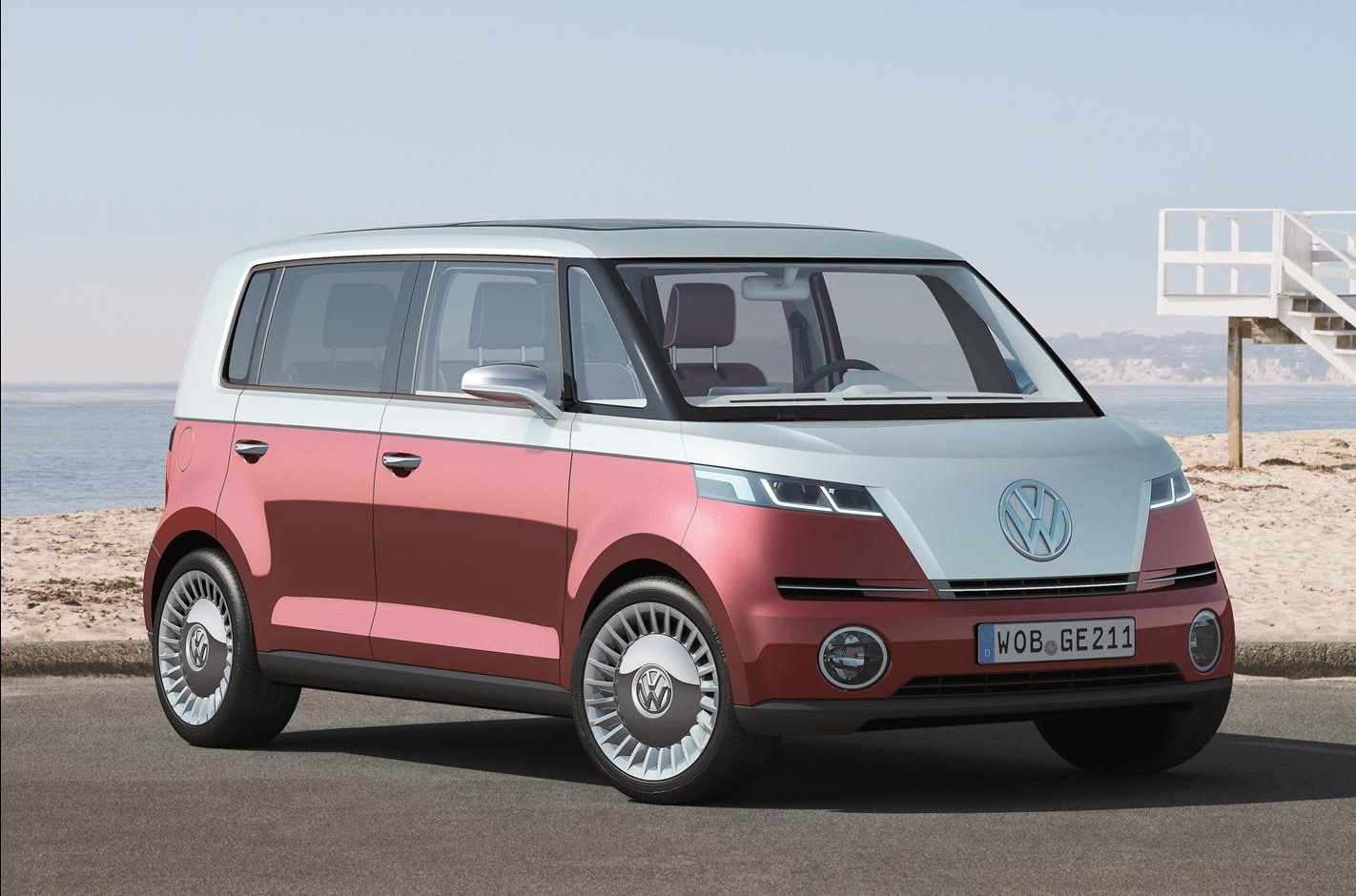 Developed by VW’s passenger-car department rather than the commercial-vehicle division credited with the original Microbus concept, the Bulli seated six and was touted as a possible addition to the German automaker’s lineup as an MPV alternative to the Caddy, Touran, Sharan and Multivan.

At the time of its unveiling, Winterkorn suggested the Bulli could be produced alongside the reborn Beetle at the company’s Puebla plant in Mexico. Ultimately, though, it was deemed too small for the key U.S. market and plans for production were quickly buried.

Five years later VW, under fire amid the Dieselgate emission-cheating scandal though still believing in the sales potential of a modern-day Microbus, presented the electric-powered BUDD-E concept.

Described at the time as a “gateway to the future,” the 4-seat BUDD-e was intended to form the centerpiece of an ambitious electric-vehicle initiative instigated by VW’s new chairman, Matthias Müller, who had replaced Winterkorn in 2015 at the height of the Dieselgate scandal.

At 181 ins. (4,597 mm) in length, the BUDD-e (pictured, below) was significantly larger than the Bulli concept, though not quite as long as the original Microbus concept shown 15 years prior. 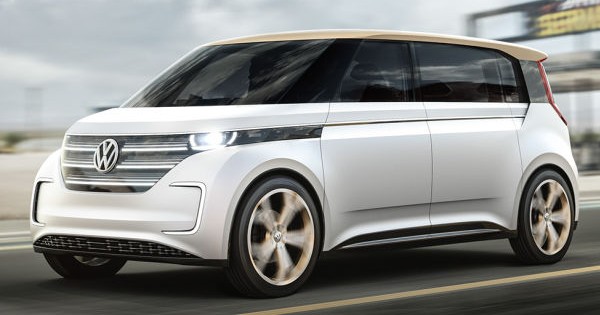 It also boasted a dual-electric-motor driveline with a claimed 302 hp and 361 lb.-ft. (489 Nm) together with a 95-kWh lithium-ion battery that Müller contended gave it a range of up to 331 miles (533 km) on the NEDC test cycle – a considerable 213 miles (343 km) more than the automaker claimed for the existing e-Golf at the time.

In the end, though, the BUDD-e’s road to production was halted by yet another change in VW chairmanship, as Müller, who was closely linked with Winterkorn – the man accused of being the architect of VW’s diesel-emission cheating activities – was pushed aside in yet another VW board revolt and succeeded by former BMW R&D boss Herbert Diess.

Despite rejecting the BUDD-e in favor of a more compact hatchback-like offering that would go on to form the basis of the first of VW’s ID.-branded models, the ID.3, Diess immediately doubled down on efforts to revive the Microbus when he arrived, providing the company’s design team with increased funding and a brief to deliver an MPV-style offering with all the style of the original 2001 concept but based on the MEB electric-vehicle platform. The result was the ID. Buzz.

First shown at the 2017 Detroit auto show, its retro-futuristic design made an immediate impact with the media and public alike. Calls for its production were reminiscent of those for the original Microbus concept some 16 years earlier.

“The Volkswagen brand’s electric offensive begins in the year 2020 with a completely new vehicle architecture. That is when we will be launching a new generation of fully connected, all-electric vehicles on the market. By 2025, we want to be selling 1 million of these vehicles annually. We are making electric mobility the new trademark of Volkswagen,” Diess told Wards.

Such was the praise heaped on VW's fourth attempt to resurrect the original Microbus as a modern-day MPV with similar design characteristics, it was only seven months, in August 2017, before Diess announced plans to place the Buzz into production as the “spiritual figurehead for the ID. sub-brand,” as he described it.

As it did with the original Microbus, VW announced the ID. Buzz would be produced by its commercial vehicle division in Hanover, Germany. The projected start of production is 2022.

“We couldn’t have done it without the MEB platform and its ability to site the electric motors underneath a flat floor,” Diess told Wards. “It has given us the scope to achieve an exterior shape similar to the original Microbus, particularly the design of the front end, which is crucial.”

For good measure, VW unveiled the larger and more utilitarian ID. Buzz Cargo concept at the 2018 Hanover commercial-vehicle show. It previewed plans for a long-wheelbase version of the MEB platform as well as a 111-kWh battery, which it hinted could theoretically provide a range of up to 372 miles (599 km) on the NEDC cycle, some 41 miles (66 km) more than VW had earlier claimed for the BUDD-e.

Joining, the ID.3, ID.4, ID.5 and ID.6 in an ever-increasing lineup of VW EVs, the ID. Buzz (pictured, below) was originally planned to receive the name ID.7. However, Diess, who relinquished the chairmanship of the VW brand to Ralf Brandstätter in 2020, liked the Buzz name chosen for the concept so much, he decided it should be retained for the production version.

The rest, as they say, is history. 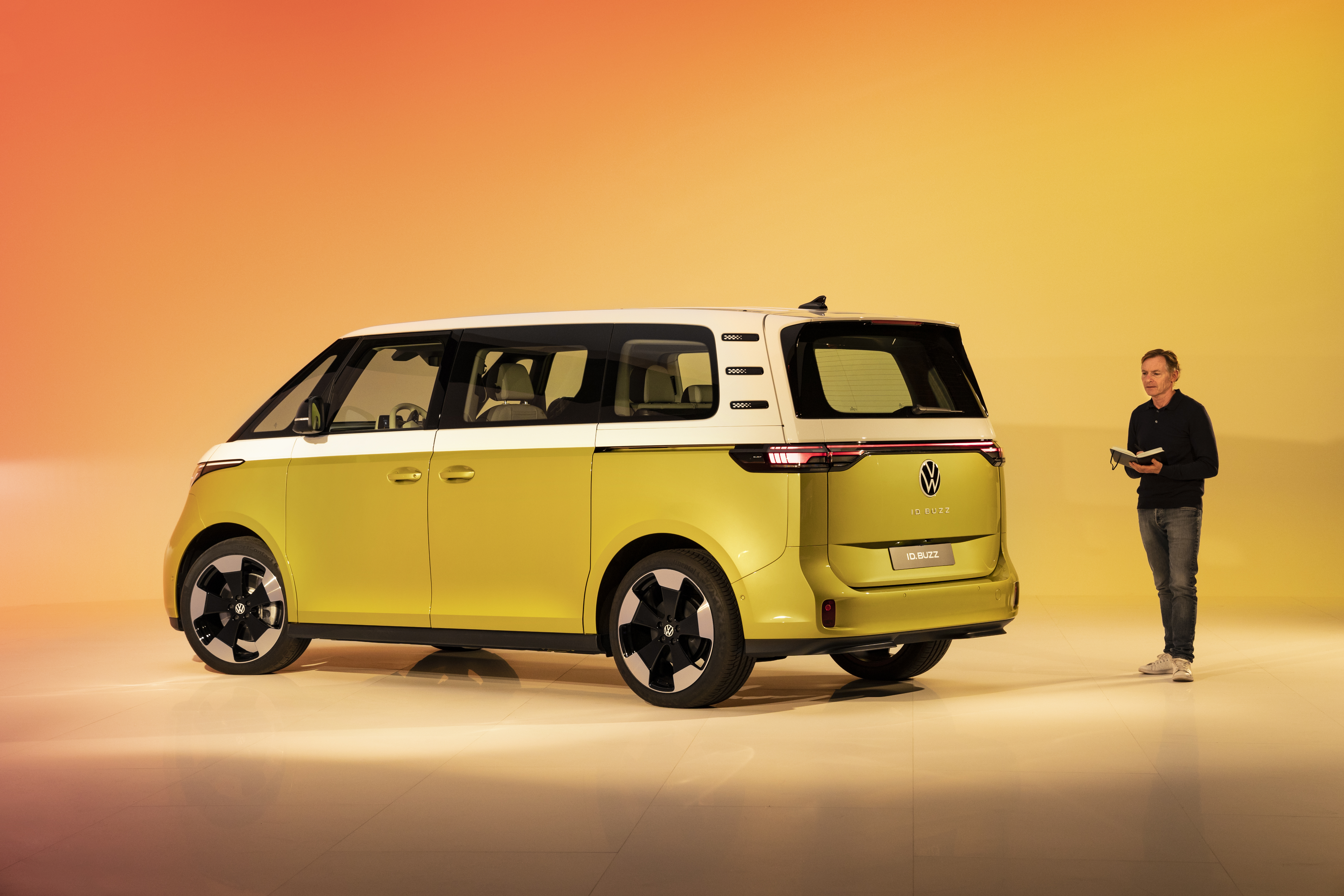