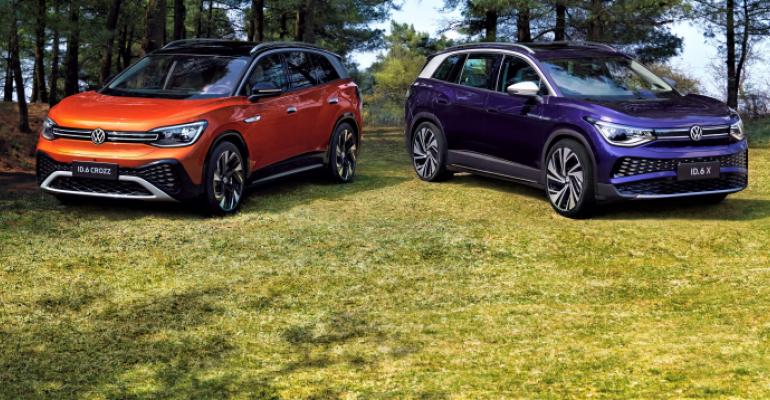 The German automaker’s third ID. badged model, which is slightly smaller than the U.S.-produced VW Atlas, will be produced and sold exclusively in China.

Volkswagen unveils the electric-powered ID.6 ahead of a planned public debut for the new CUV at the 2021 Shanghai auto show.

Originally previewed by the ID. Roomzz concept revealed at the 2019 Shanghai auto show, the ID.6 is produced at Volkswagen’s longstanding Chinese-market joint venture partners First Automobile Works (FAW) and Shanghai Automotive Industry Corp. (SAIC), respectively, as the ID.6 Crozz and ID.6 X exclusively for the Chinese market in a move mirroring that of the smaller ID.4.

Chinese deliveries are planned to begin by the end of 2021.

Three versions of the new Volkswagen are planned. Included are two single-motor, rear-wheel-drive models with either 177 hp or 201 hp as well as a more powerful dual-motor, 4Motion all-wheel-drive model with 302 hp.

Buyers can choose between two lithium-ion batteries: 58k-Wh and 77-kWh (nett) units are offered on the rear-wheel-drive ID.6, with the all-wheel-drive model sold exclusively with the larger 77-kWh battery. Volkswagen quotes an official range of between 271 miles (436 miles) and 365 miles (588 km) on the Chinese NEDC test cycle.

The design of the production version of the ID.6 remains faithful to the ID. Roomzz, though details such as the earlier concept’s sliding rear doors have made way for more conventional front-hinged doors.

Like the ID.4, each of the ID.6 variants produced by FAW and SAIC receive subtle styling differences, most notably to their grille and headlamp design.

Volkswagen’s ID. lineup will be further expanded with the planned April 28 unveiling of the ID.4 GTX, which will share its 302-hp AWD powertrain with the top-of-the-line ID.6. 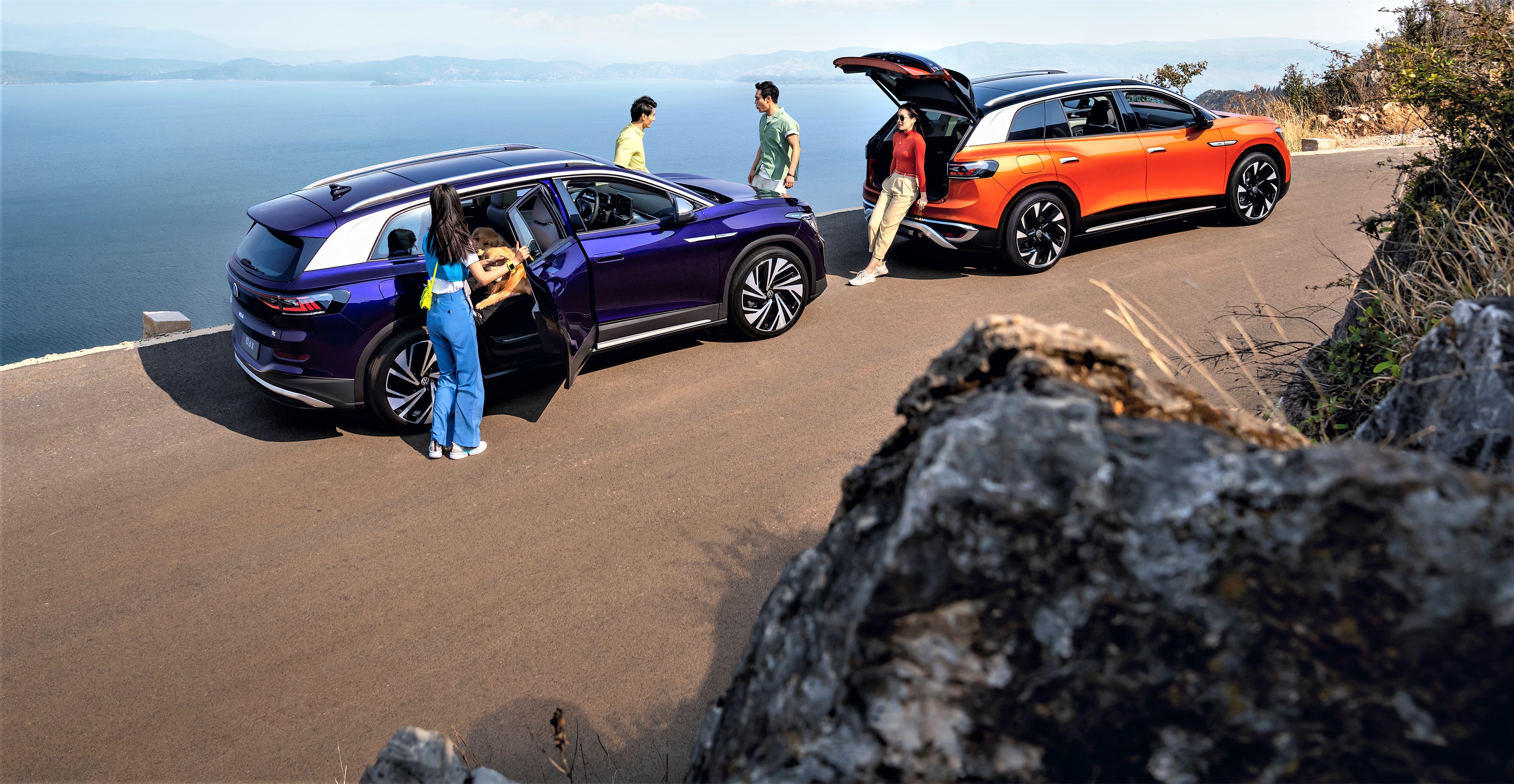