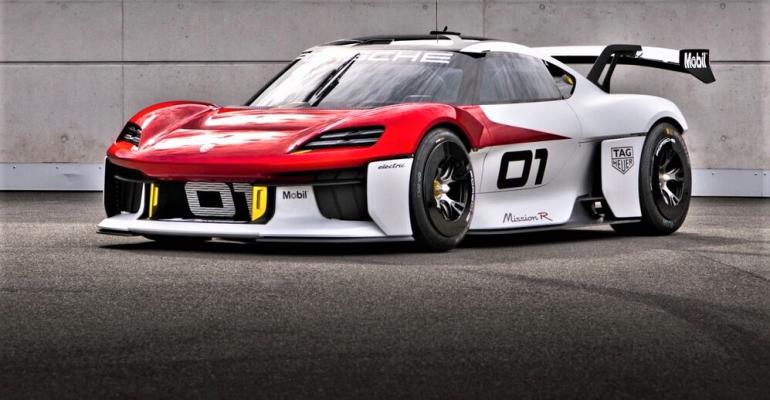 Porsche design director Michael Mauer hints at similarities in styling between the new race car and the next-generation 718 Cayman due in 2022 and planned to be sold with the choice of either a combustion engine or battery-electric powertrain.

Porsche previews an advanced, 1,073-hp battery-electric race car at the 2021 Munich auto show. The low-slung carbon-fiber coupe concept, known as the Mission R, is claimed to provide strong hints as to the styling of an upcoming electric-powered version of the third-generation 718 Cayman.

Expected to be sold to customers through Porsche’s Motorsport division from 2025 onwards, the all-wheel-drive Mission R has been developed as a zero-emission alternative to the Porsche 911 GT3 Cup and GT3 R. Its dual-electric-motor powertrain offers two different system outputs, with 603 hp available in standard race mode and 1,073 hp available in a special qualifying mode.

Drive is achieved through a single-speed gearbox instead of the twin-speed unit of the Porsche Taycan, which shares it electric motors with the new concept.

The electric motors are combined with a 900V 80-kWh battery engineered to provide the Porsche with about 40 minutes of race time. The lithium-ion unit weighs 330 lbs. (150 kg) and is mounted behind the cabin in the same position as the existing 718 Cayman’s combustion engine.

The high voltage of the battery allows charging at up to 340 kW, enabling a 5% to 80% charge in 15 minutes, according to the German automaker. The front-mounted electric motor also acts as a generator, recovering kinetic energy under braking. 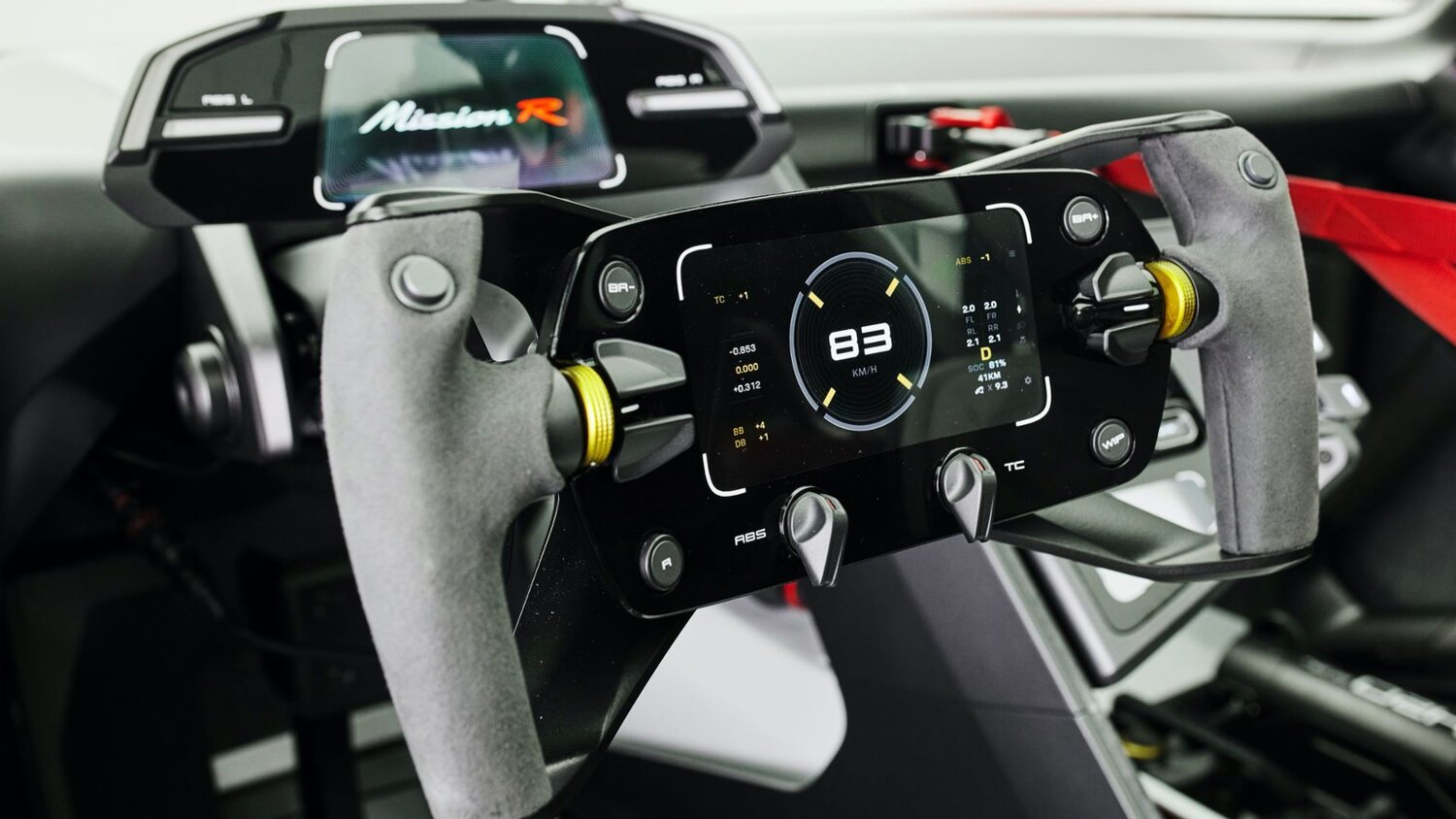 Porsche says it is aiming to provide the customer version of the Mission R with a curb weight of about 3,300 lbs. (1,500 kg). Among the weight-saving features is a newly developed carbon-fiber roll cage. Instead of being mounted inside the cabin, it uses an exoskeleton design to form part of the roof.

Current FIA motorsport regulations require race cars to be fitted with steel roll cages, although Porsche says there are signs those might change before it pushes ahead with limited production of the Mission R.

The interior follows modern-day race car design, with a carbon-fiber seat, digital instruments and a steering wheel housing many of the controls (pictured, above).

Porsche design director Michael Mauer hints at similarities in styling between the new race car and the next-generation 718 Cayman: “Up to the waistline there are echoes of a future production model.”

Due in 2022, the new 718 Cayman is planned to be sold with the choice of either combustion engines or battery-electric powertrains.