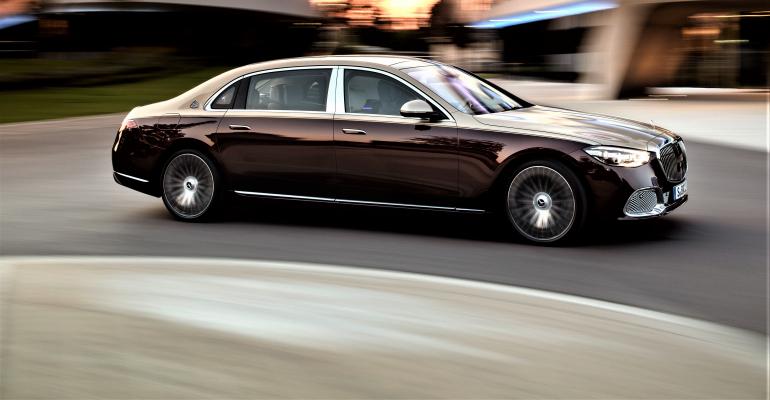 Mercedes-Benz reveals a luxurious new Maybach version of the recently unveiled seventh-generation S-Class on the eve of the 2020 Guangzhou auto show ahead of the upmarket sedan’s planned introduction to the North American market in April.

Inside, the new Maybach S-Class builds on the architecture of the standard S-Class with more rear legroom, unique trim applications, a new generation of ambient lighting and a range of upgraded digital and connectivity functions.

These include the latest version of Mercedes-Benz’s MBUX operating system which supports up to five different displays, including a handheld tablet (below) that can be used in the immediate vicinity outside the luxury sedan via a WLAN hotspot.

Other markets, including China, also will see a plug-in hybrid version of the new Maybach-badged model based on the new S580e. It uses a turbocharged 3.0L 6-cyl. in combination with a gearbox-mounted electric motor for a combined 503 hp. 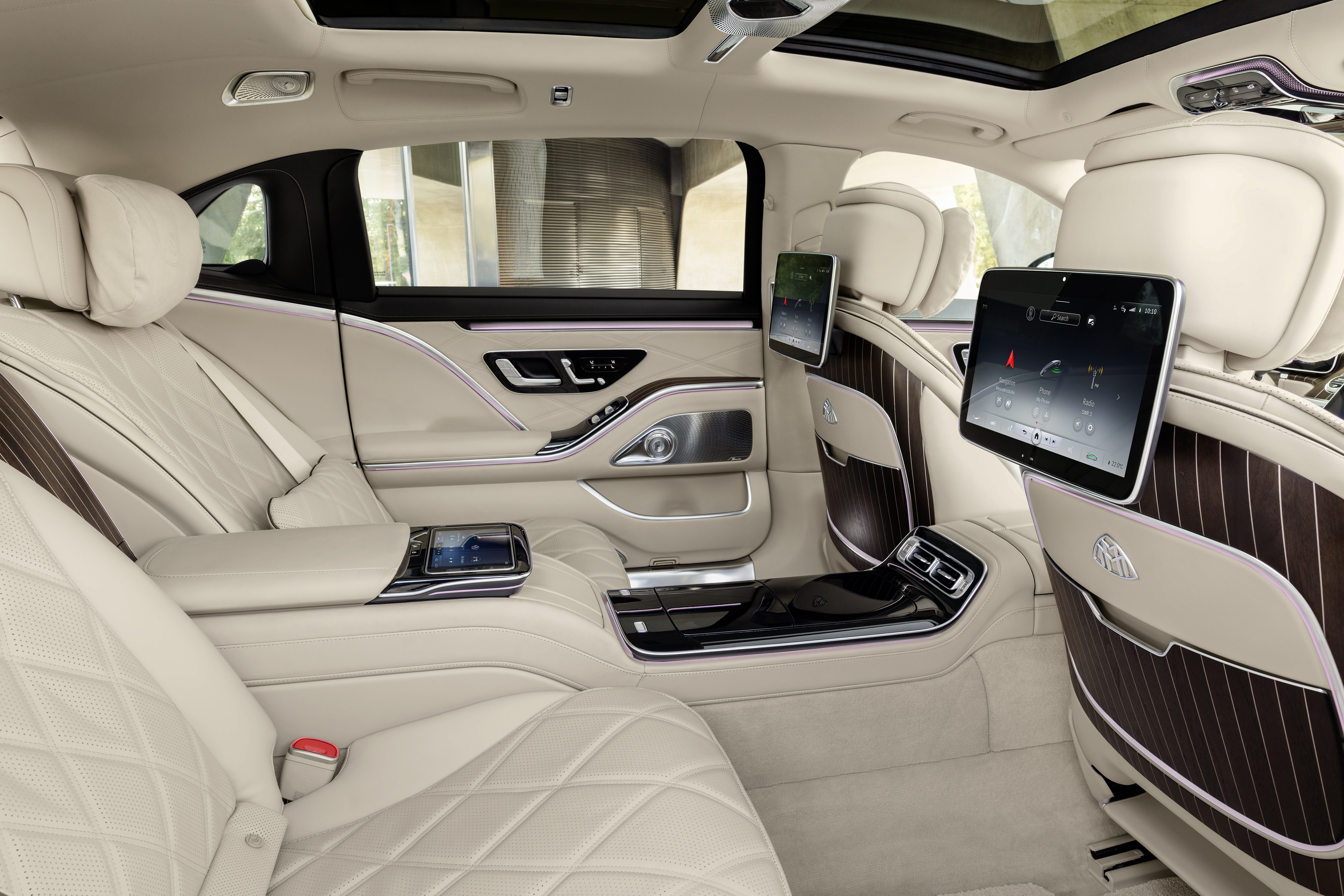