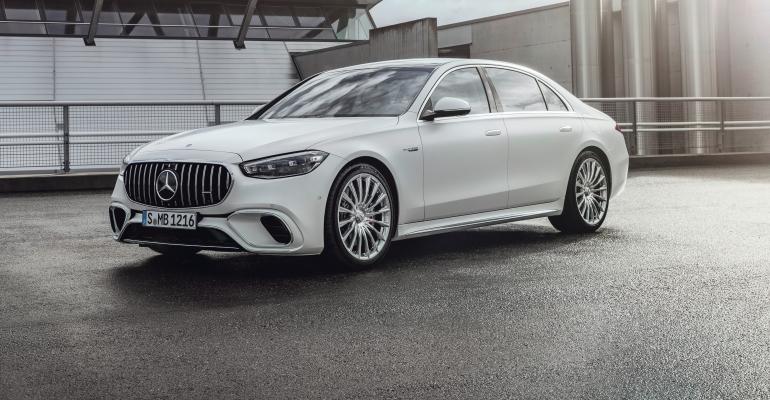 A new gasoline-electric drivetrain brings a considerable increase in reserves, making the ’23 model the most powerful S-Class yet.

The Mercedes-AMG S63 has been reborn as a plug-in-hybrid performance sedan developing up to 791 hp.

Set for North American sale in early 2023, the advanced 4-door features an updated version of the twin-turbocharged 4.0L gasoline V-8 used by its predecessor. But it also adopts a rear-axle-mounted asynchronous electric motor and a 13.1-kWh lithium-ion battery in a setup similar to that of the Mercedes-Benz performance-car division’s recently introduced GT63 S E-Performance.

The gasoline-electric drivetrain brings an additional 214 hp over the older S63 4Matic, making the ’23-model-year sedan, officially called the S63 E-Performance, the most powerful series-production S-Class model to date. 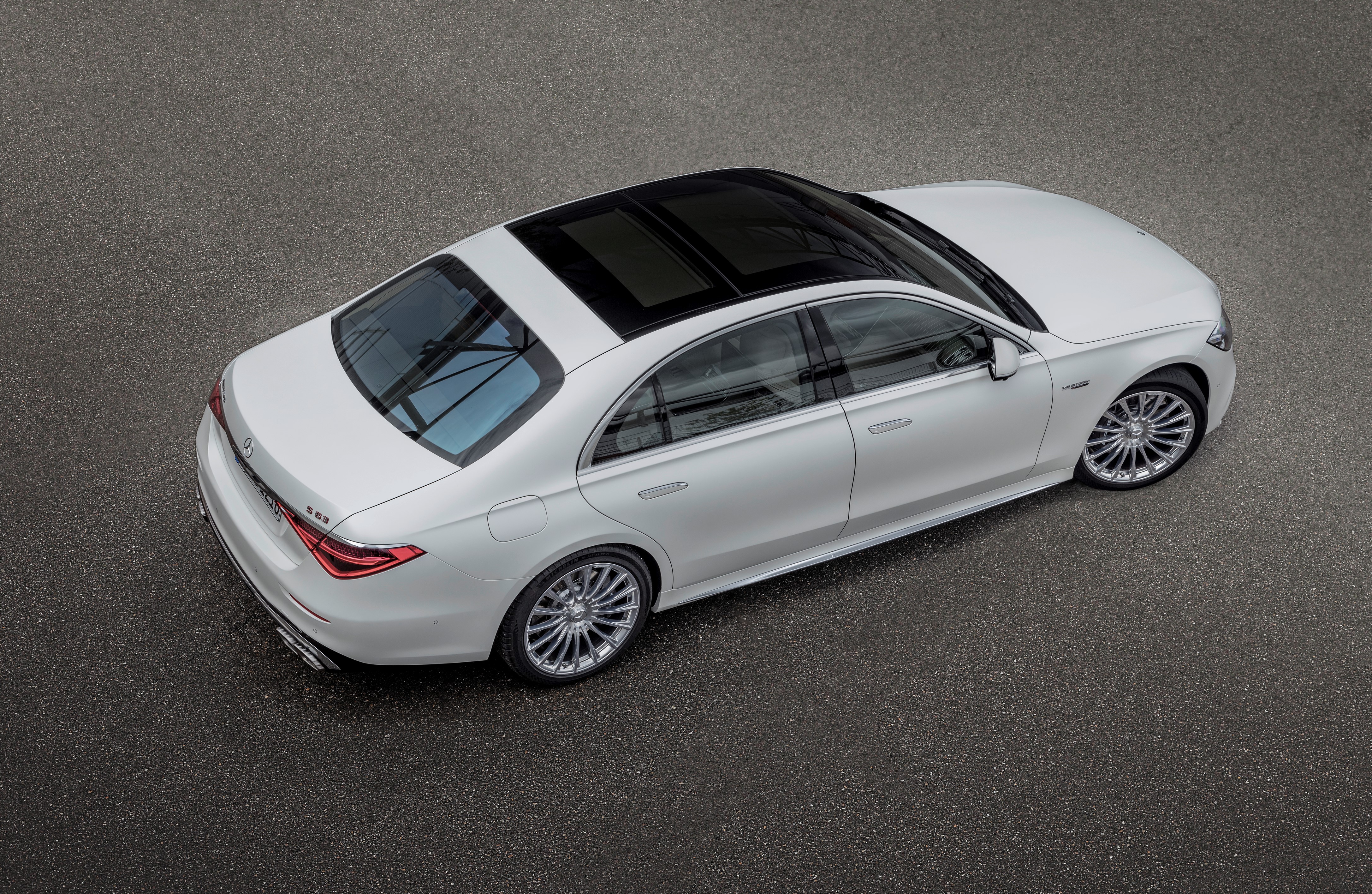 The added reserves are not without a substantial weight penalty, though. With a claimed curb weight of 5,721 lbs. (2,595 kg), the S63 E-Performance tips the scales a considerable 1,157 lb. (525 kg) above its predecessor, albeit with what Mercedes-AMG’s head of technical development, Jochen Hermann, describes as “optimized weight distribution.”

Drive is channeled through a 9-speed AMG Speedshift MCT automatic gearbox (combustion engine) and 2-speed gearbox (electric motor) as well as a fully variable AMG Performance 4Matic+ all-wheel drive with torque vectoring qualities for the rear wheels, giving the flagship AMG sedan an official 0-62 mph (100 km/h) time of 3.3 seconds and a limited top speed of 155 mph (250 km/h) as standard or 180 mph (290 km/h) in combination with an optional AMG Driver’s Package.

The combination of an electric motor and battery allows the sedan to travel short distances on electric power alone. In Electric mode, the S63 E-Performance delivers up to 188 hp and 236 lb.-ft. (320 Nm) of torque along with an official electric range of 20.5 miles (33 km) on the WLTP test cycle. 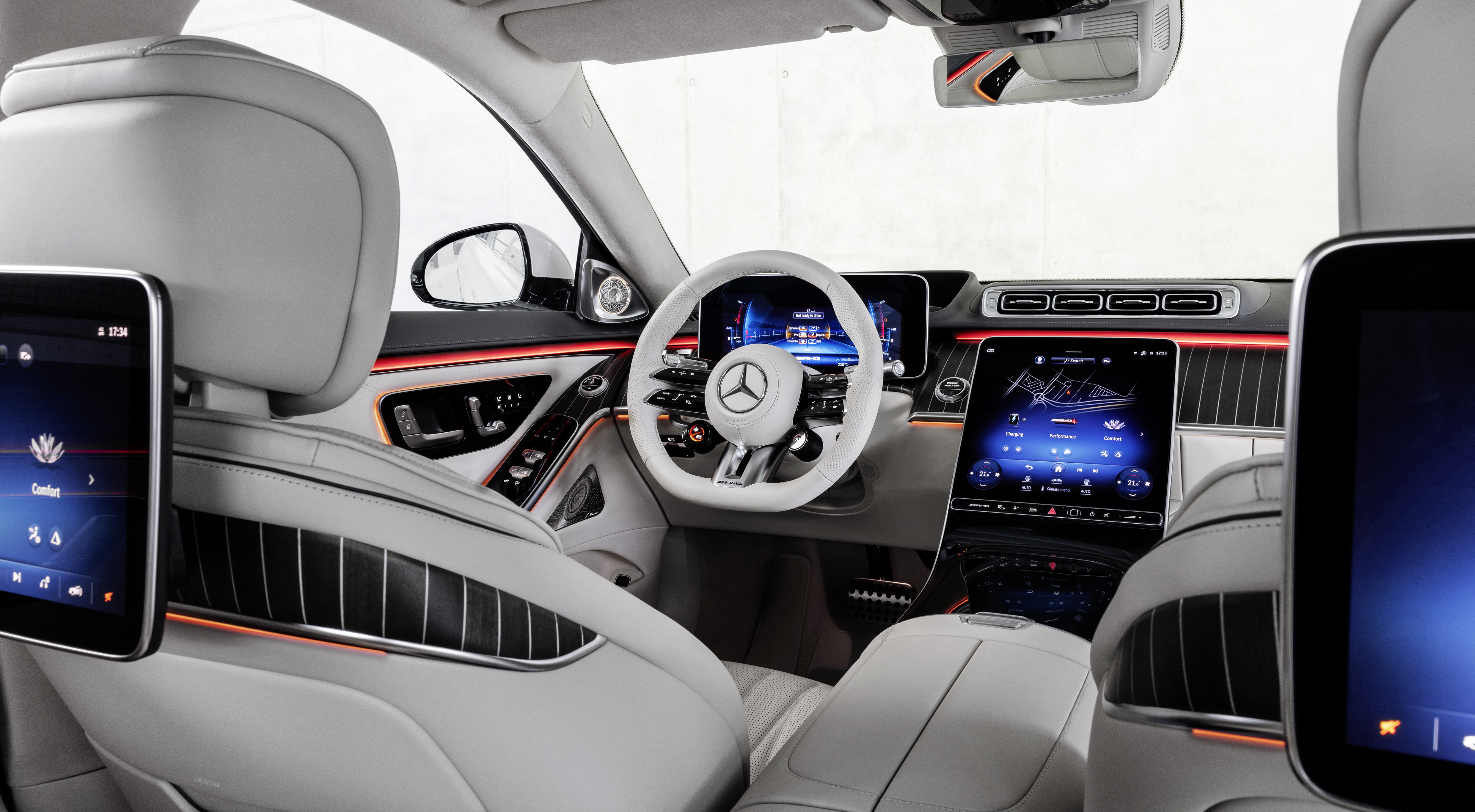 The 400V battery consists of 1,200 individual cells and uses liquid cooling to maintain optimum operating temperature. Its energy capacity is more than double that of the battery used by the GT63 E-Performance 4Matic 4-door, which uses a smaller 6.1-kWh battery and can be charged at up to 3.7 kW on an AC charger. Additionally, the driver can choose between four stages of energy regeneration, the highest of which recovers kinetic electricity produced during braking and periods of trailing throttle when the combustion engine is engaged at up to 90 kW.

Mercedes-AMG has given the S63 E-Performance greater visual differentiation from other S-class models than its predecessor.

Among the exterior styling changes made to the standard seventh-generation S-Class are a new-look front bumper and AMG-specific Panamericana-style grille with vertical louvers. The Mercedes-Benz star logo on the hood has been replaced by an AMG emblem.

The rear receives traditional S63 styling touches, including a new-look bumper with an integrated diffuser and trapezoidal-shaped tailpipes. The wheelhouses accommodate standard 21-in. wheels. 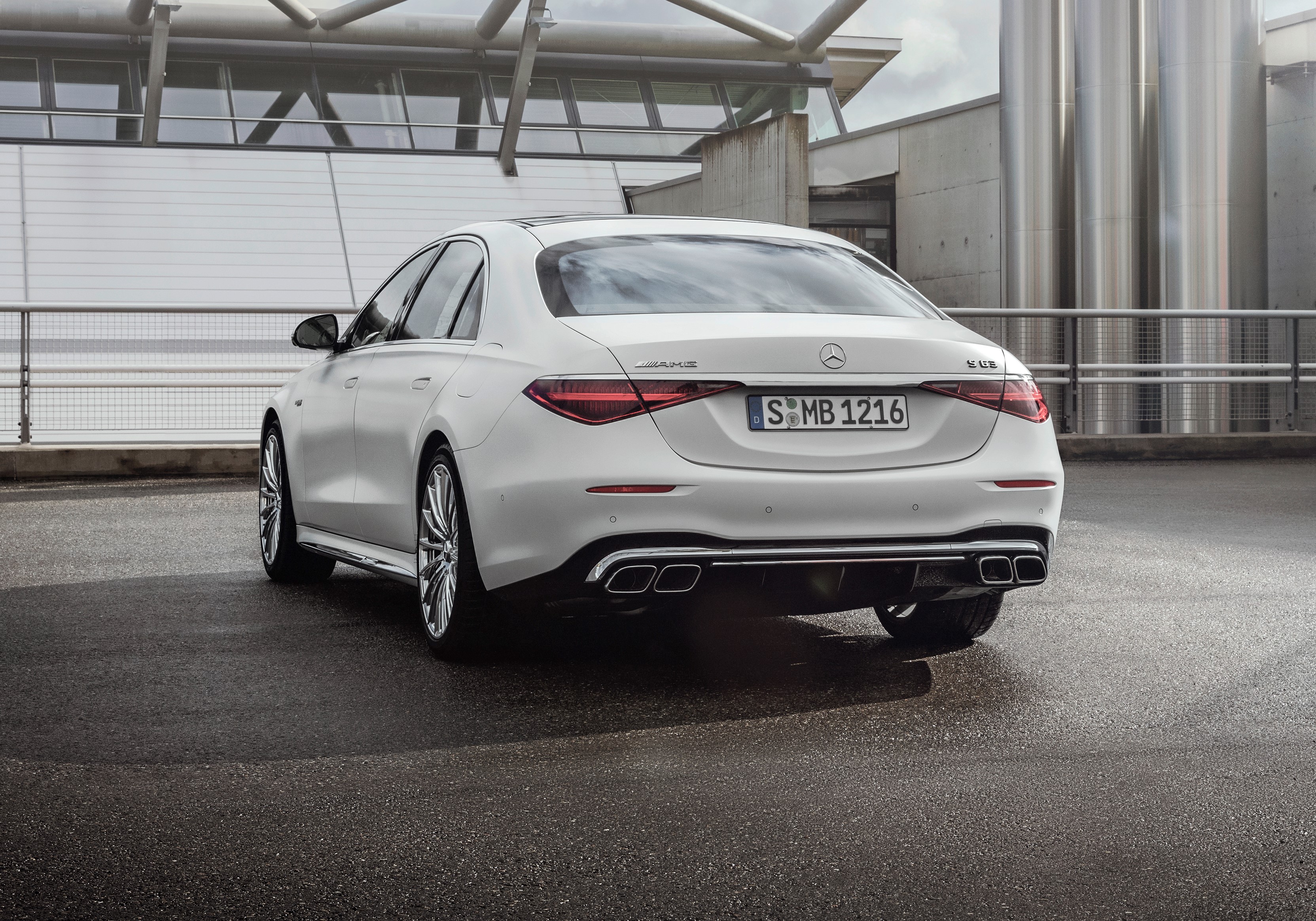 The sporting theme continues inside with an AMG Performance steering wheel, AMG graphics for the digital instruments and selected infotainment functions as well as AMG-embossed upholstery for the front seats and AMG-specific trim for the dashboard, among other elements.

The new performance sedan receives a reinforced body with what Mercedes-AMG describes as an “aluminum stabilizer” under the combustion engine, as well as an additional cross-brace between the front suspension towers. It also claims a fiber-reinforced plastic compartment used to accommodate the battery within the floor of the trunk adds rigidity to the rear.

Underneath, an AMG Ride Control+ suspension with air springs and variable damping control provides automatic self-leveling and an automatic lowering function at speeds above 80 mph (129 km/h) for added aerodynamic efficiency.

Details pertaining to North American pricing for the S63 E-Performance are yet to be announced. 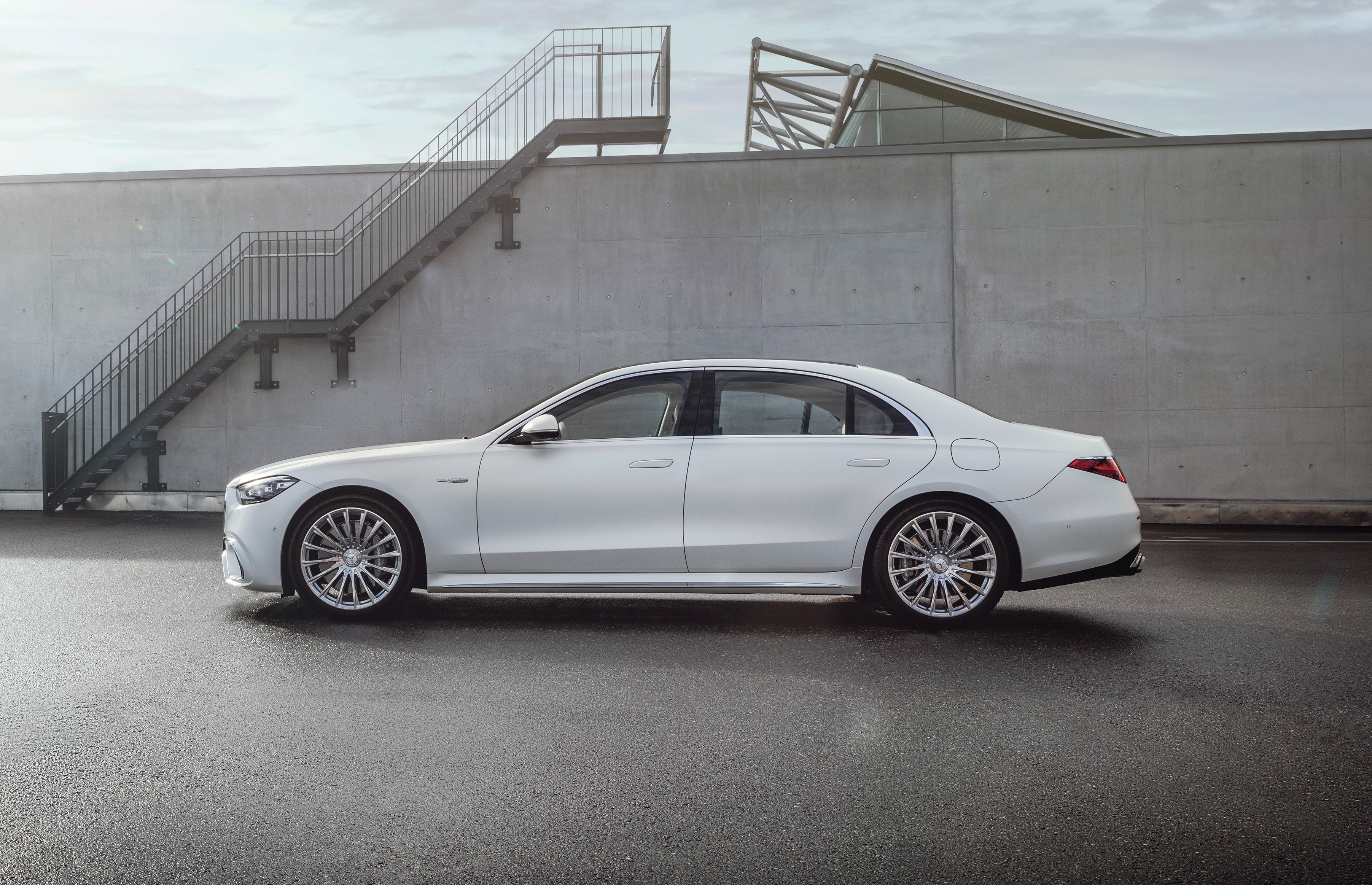