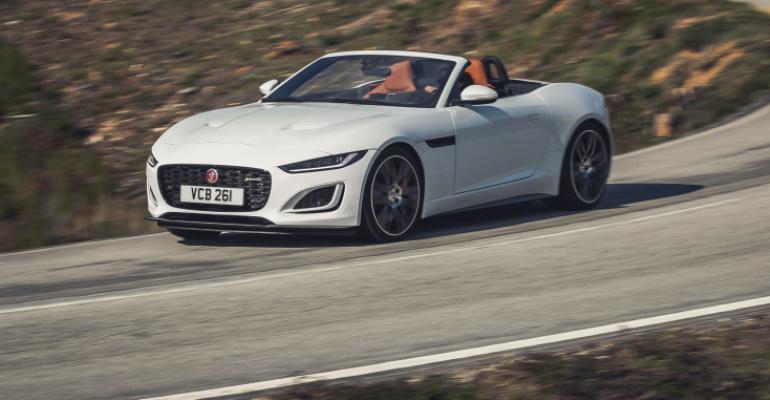 Despite its tumultuous history, Jaguar has maintained a strong performance focus with at least a few of its models over the years.

One of them, the F-Type, is the automaker’s flagship performance car, and it’s getting a revised engine lineup to further bolster its sporting credentials.

Jaguar announces the 2022 F-Type will move to an all-V-8 lineup, which both simplifies the car’s powertrain options and makes it more powerful in its base form.

The F-Type R will see 575 hp from a high-output version of the same 5.0L supercharged V-8, which will propel it to 60 mph from a standstill in just 3.5 seconds.

Interior and exterior styling upgrades made for ’21 will remain in place, along with a new infotainment system (pictured below). That means a 10.0-in. (25-cm) infotainment touchscreen that runs Apple CarPlay and Android Auto, as well as wireless device charging.

Jaguar says the cars will come standard with 20-in. wheels, an active exhaust system and an innovative Quiet Start feature. To keep the neighbors happy, the F-Type will automatically close its active exhaust for a much quieter startup. Once the car is in motion, the exhaust automatically will open and allow more growl.

Other standard features for the P450 include a 12.3-in. digital gauge cluster, leather upholstery and a large central tachometer. 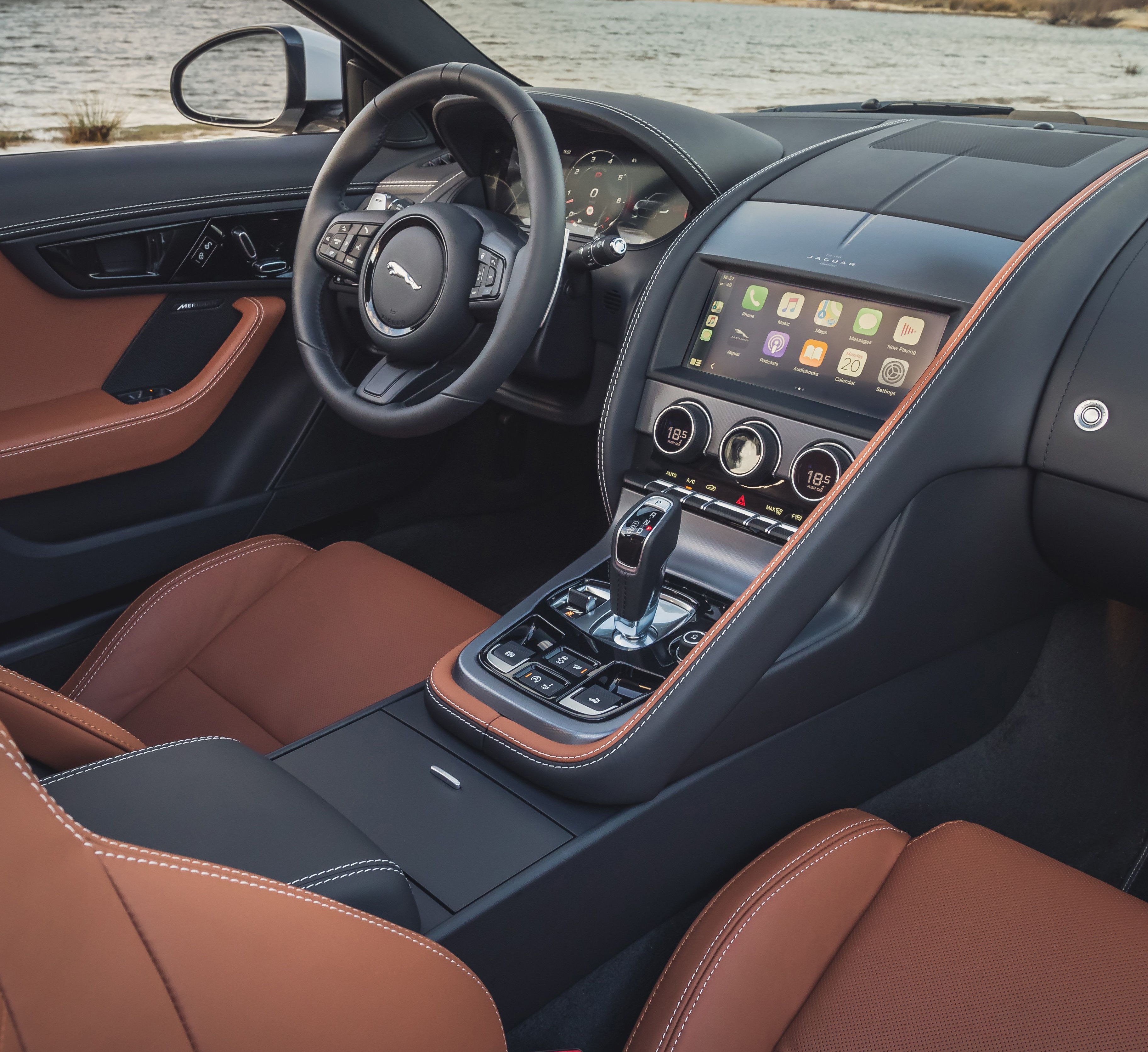