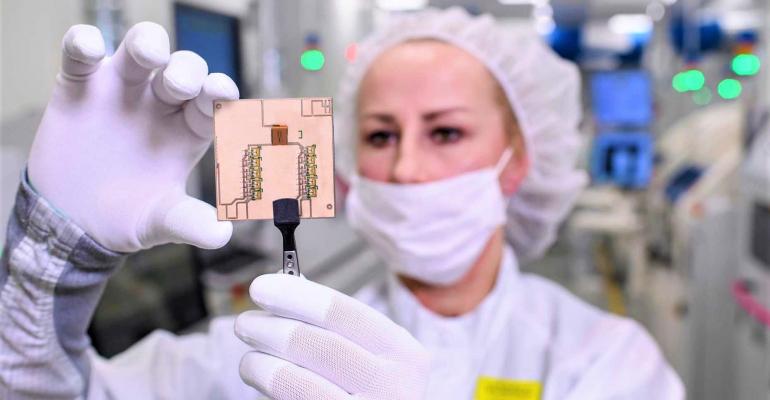 When you can see a theoretical limit is on the horizon, smart navigators look for alternate roads. That's what Vitesco Technologies is doing with two alternatives to standard silicon semiconductors used in electric vehicles: semiconductors made of silicon carbide or gallium nitride.

The short version is that silicon is reaching its capability limits in semiconductors, and silicon carbide (SiC) and gallium nitride (GaN) offer complementary technologies that could deliver better electric vehicles in the not-too-distant future, especially SiC. 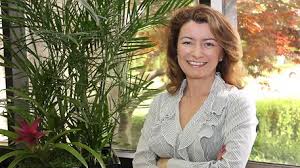 “Today, we primarily use silicon devices, and unfortunately, we are reaching the theoretical limit on how much silicon MOSFETs can be improved,” Sarioglu says. “Silicon is starting to fail to meet the modern demands of increased power density and efficiency. As a result, silicon carbide and gallium nitride are surfacing as potential replacement semiconductor materials, creating the innovative shift in the power electronics world.”

A MOSFET, or metal-oxide-semiconductor field-effect transistor, is a compact device that is nearly ubiquitous in modern electronics. Vitesco, Continental's former Powertrain Div. with plans to complete its spinoff in 2021, continues developing future powertrain technologies.

In that role, Vitesco engineers realized future EVs would need something other than silicon semiconductors.

Picking SiC and GaN as possible alternatives makes sense, Sarioglu says, noting OMDIAS issued a report earlier this summer that forecasts the global market for silicon carbide- and gallium nitride-powered semiconductors will grow to $1 billion in 2021, with revenues increasing at double-digit annual rates for the next decade, climbing over $5 billion by 2029 thanks to ever-increasing demand for hybrid and electric vehicles.

Less energy is lost as heat in a GaN semiconductor, which results in reduced cooling needs; that could allow EVs to ditch liquid cooling for air cooling, reducing overall system costs and offering more flexibility for where the battery can be packaged in a vehicle, while still keeping the pack cool.

GaN semiconductors also can use smaller inductors and capacitors, which means battery packs could be made smaller, lighter and at lower cost. Sarioglu says Vitesco’s first gallium nitride DC-DC converter lab samples offered a roughly 29% increase in power density, and she thinks a 40% increase is possible.

First, though, Vitesco needs to solve the many problems with gallium nitride, which include high sensitivity to over-voltage conditions, the fact that it has not yet been qualified for automotive applications and that currently it is more expensive than silicon and production needs to be scaled up for the technology to be cost-competitive.

SiC MOSFETs offer efficiency increases at the system level, which could result in either smaller, cheaper batteries or increased range from the same size battery, with the energy savings being greater in an 800V system than a 400V system, Sarioglu says.

Problems with SiC include the challenge of actually producing quality silicon carbide wafers, especially those in larger diameters.

"High-quality, 6-in. (15-cm) wafers are still difficult to produce with high yield, primarily due to crystal defects," she says. “Crystal defects in silicon carbide cause increased current leakage. Silicon carbide is also more expensive than silicon at the moment, mostly due to low scale.”

Vitesco has thus put both silicon carbide and gallium nitride at different points on its technology road map.

The company recently announced a partnership with Rohm to integrate silicon carbide semiconductors into Vitesco’s high-voltage power electronics for high-volume applications. Sarioglu says Vitesco plans to start production of its first silicon-carbide inverter around 2025, since that is when the company thinks demand for silicon-carbide solutions will rise significantly, reaching the scale Vitesco needs.

For now, Vitesco sees gallium-nitride advances coming around 10 years after SiC, with GaN technology someday being used for onboard chargers and DC-DC converters.

Up first, though, silicon carbide likely will be used in traction inverters, especially in 800V applications, to enable faster charging and other benefits.