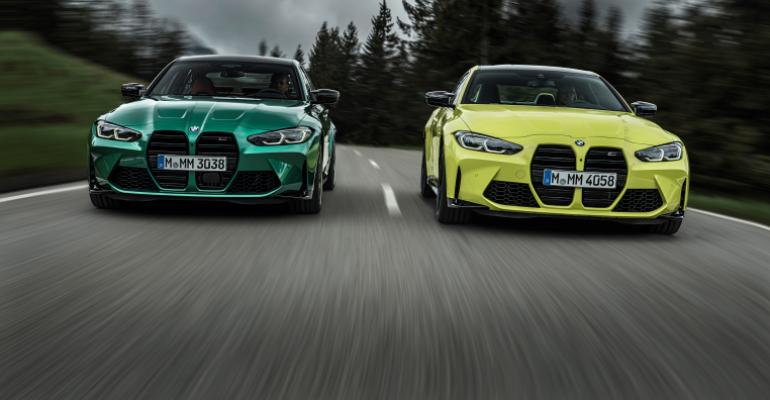 The 2021 models will offer up to 502 hp and BMW's M xDrive all-wheel drive. The new performance pairing is planned for North American delivery next March.

Available to order now, BMW M’s new performance pairing is planned for North American delivery next March. Prices are yet to be disclosed.

Along with the new M3 and M4 revealed in Munich, BMW also is developing the first-ever M3 Touring, though the new go-fast wagon is not planned for U.S. sale.

Also planned for launch in 2021 is a follow-up to the M4 cabriolet and a new M4 GranCoupe in an expanded lineup that will include an even more powerful track-focused CS derivative in various body styles later in the seven-year model cycle.

High visual impact is key to the styling of the new BMW M models, both of which are heavily differentiated from the lesser M340i xDrive and M440i xDrive they are positioned above. Forgoing a 35-year tradition, the M3 sedan and M4 coupe receive their own individual front end styling, which is dominated by a large vertical grille featuring seven double horizontal louvers as well as a mounting point for the front license plate.

The new grille is similar in shape to that adorning the new 4-series, but it has two distinct elements, rather than a single frame design.

The new M3 and M4 also receive a roof made from carbon-fiber-reinforced plastic with two raised fins running lengthways to optimize airflow, a trunk-mounted spoiler and a reworked rear bumper with a multi-channel diffuser and two pairs of chromed round tailpipes on either side. 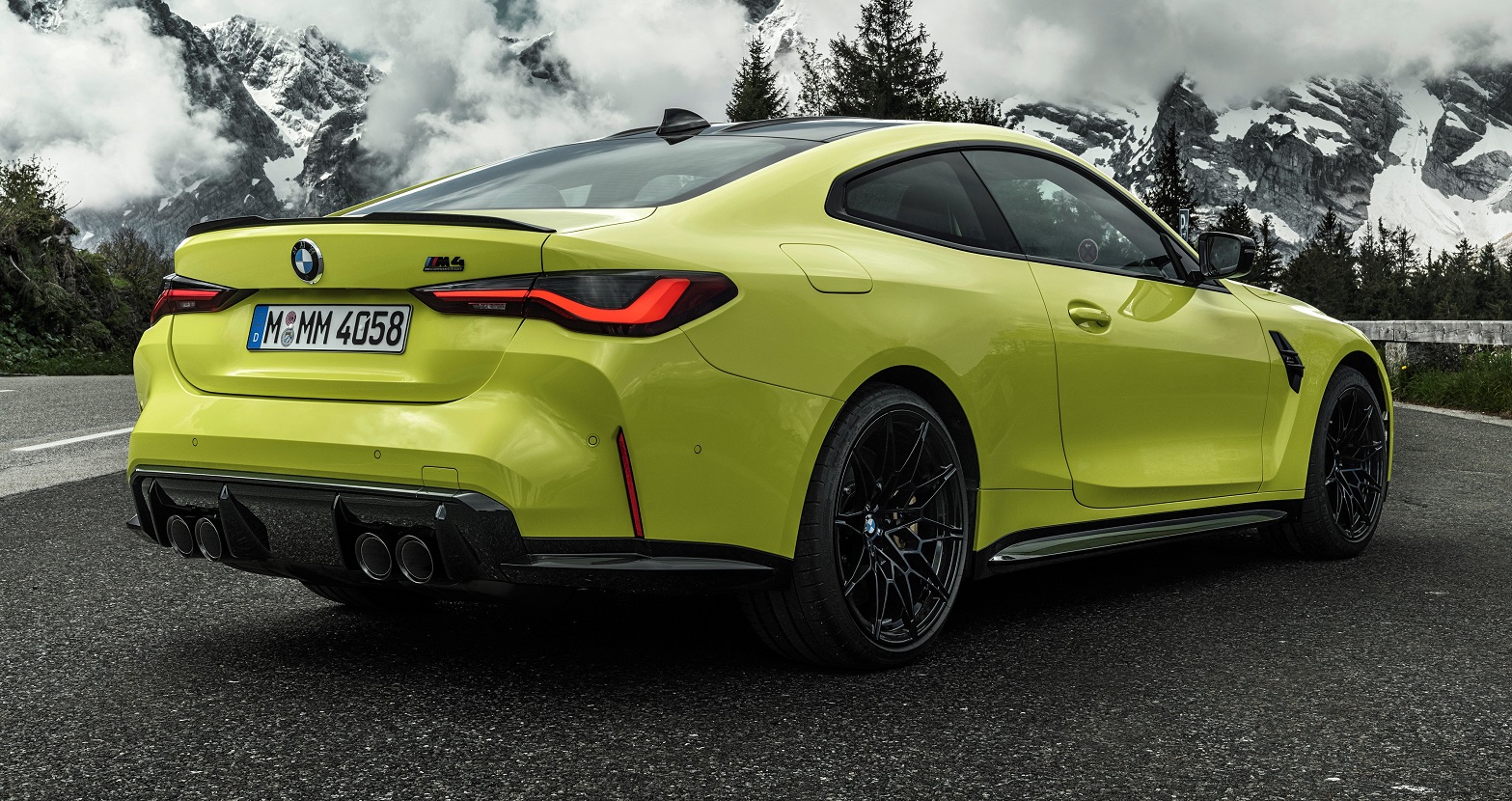 Underneath their aluminum, steel and composite body, the Mercedes-AMG C63 rivals receive a newly developed twin-turbocharged 3.0L inline 6-cyl. – the S58, as it is codenamed.

The longitudinally mounted I-6, already used by the X3 M and X4 M, comes in two different states of tune; standard sixth-generation M3 sedan and second-generation M4 models get 487 hp, while the more track-focused M3 Competition sedan and M4 Competition coupe models boast 502 hp, a respective increase of 52 hp and 56 hp over the older S55 engine used by their predecessors.

The lift in performance endows the new M3 and M4 with sharper acceleration: BMW claims a 0.2-second and 0.1-second improvement in 0-62 mph (100 km/h) times at 4.2 seconds for standard models and 3.9 seconds for Competition models – the latter being the same 0-62 mph time quoted for the earlier M3CS and M4CS.

Top speed is nominally limited to 155 mph (249 km/h), though buyers can specify an optional driver’s package which lifts it to 180 mph (290 km/h) in combination with Z-rated tires.

Driveline developments for the M3/M4 were inspired by the latest M5 and more recently introduced M8. Standard models continue with a 6-speed manual transmission, while the Competition models forgo the 7-speed dual-clutch unit used by their predecessors for a new 8-speed, torque-converter-equipped M Steptronic automatic gearbox.

While initial models will feature traditional rear-wheel drive together with an electronically controlled Active M differential, the new M3 and M4 Competition also will offer a fully variable all-wheel-drive M xDrive from mid-2021 – the first time it has been offered on either car.

As with the system used by the latest M5, it offers three driving modes: 4WD, 4WD Sport and, with the DSC (Dynamic Stability Control) system switched off, RWD.

Inside (above, left), the M cars build on the interior of the M340i xDrive and M440i xDrive with newly developed M Sport seats, which come with an optional ventilation function for the first time, an M-Sport steering wheel with M-mode buttons to allow you to preset the driving modes, digital instruments and infotainment functions in an M-specific design and unique trim elements.