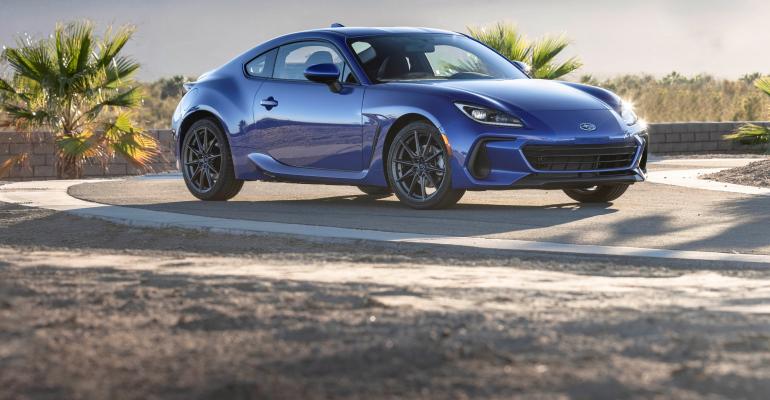 The ’22 BRZ will be all-new from the ground up but still shares most of its engineering with Toyota and likely the engine as well, just as it did for the first generation.

When the Toyota/Scion FR-S and Subaru BRZ twins hit the market in 2012, they were a revelation: two-door, rear-wheel-drive sports cars that featured a manual transmission and a light, playful personality.

The cars have been gently updated over the years, but Subaru has just announced the all-new second-generation BRZ will debut next fall as a 2022 model, assembled at Subaru’s Gunma, Japan plant.

The previous cars were developed jointly between Toyota and Subaru, and the same will remain true for the new car.

The ’22 BRZ will be all-new from the ground up but still shares most of its engineering with Toyota and likely the engine as well, just as it did for the first generation. No word from Toyota on its plans for an all-new 86, which became the Toyota-branded version of the Scion FR-S after the Scion brand folded four years ago.

The new Subaru will be offered in Premium and Limited trims, with the latter carrying more features and upgraded wheels. All of that adds up to what Subaru says will be the lightest rear-wheel-drive 2+2 production car in the U.S. market.

Subaru says the BRZ will put a heavy focus on simplicity and fun over power and precision. The automaker plans to deliver on those goals with a new 228-hp 2.4L boxer engine and either a 6-speed manual or 6-speed automatic gearbox. The automatic has been tuned with a new Sport mode that speeds up downshifts for more aggressive acceleration.

Also joining the BRZ party for 2022 is a bespoke chassis that Subaru says gives the car near-perfect weight distribution. The engine has been mounted low, which lowers the center of gravity and improves handling and responsiveness.

Parts of the chassis have been stiffened to improve turn-in, and the car features a vehicle stability system that can be dialed in to give the driver their desired level of control. When on a track, for example, the system can be turned completely off, leaving the driver totally in control.

Inside (pictured below), the BRZ has been updated with a new 7-in. (17-cm) digital gauge cluster that can be configured with various displays and information, depending on the driving mode.

Infotainment duty is handled by an 8-in. (20-cm) touchscreen that runs Apple CarPlay and Android Auto, and vehicles equipped with the automatic transmission will get Subaru’s EyeSight Driver Assist Technology.

Pricing details are not yet available, but don’t expect to see the dollar amounts jump drastically from those of the current model year BRZ. The 2020 BRZ starts at $28,845 and can be configured in a tS trim level that starts at $31,495. 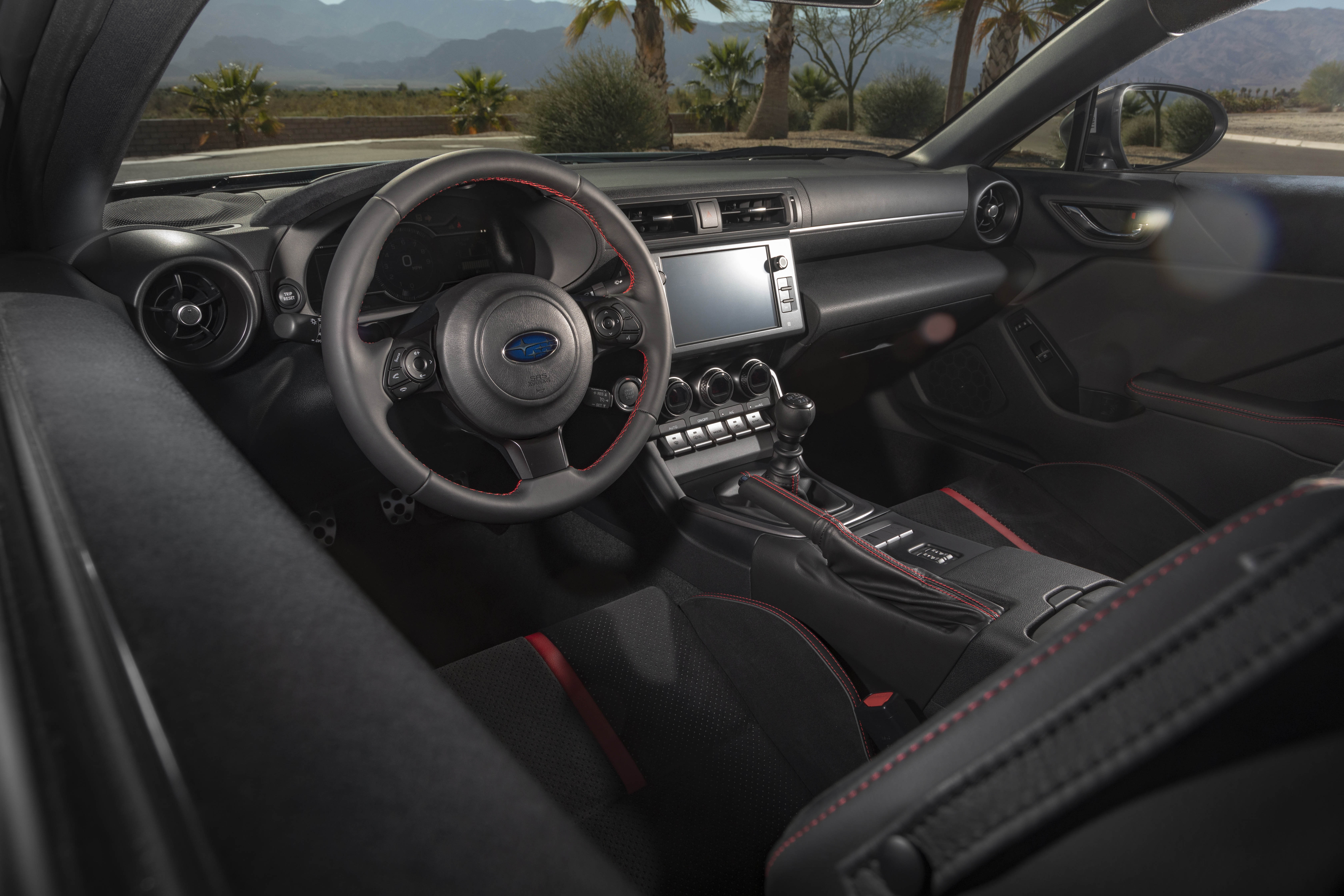