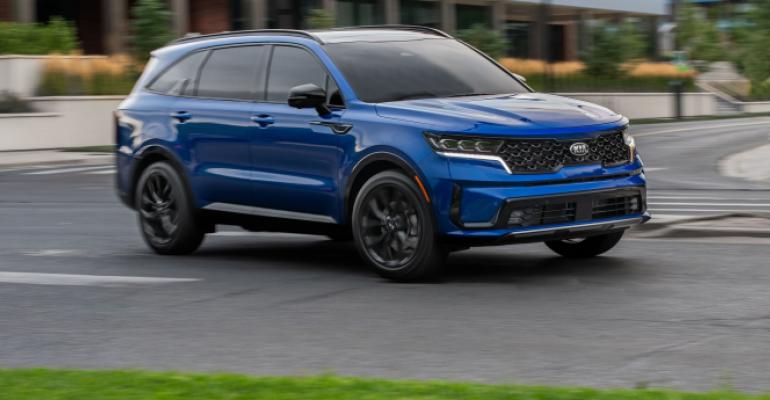 Kia is hoping the Sorento can catch up with rivals outselling it in the midsize CUV segment as tracked by Wards Intelligence. The ’21 Sorento will be offered in five trim levels with three engine choices. A plug-in hybrid version arrives next year.

The Telluride has gotten all of the attention in the Kia lineup, but one of the automaker’s longest-running models just got a major update.

The Sorento crossover will be all-new for the 2021 model year and will hit dealer lots with a host of new tech, efficient powertrains and a new look.

The Sorento is an important model for Kia, with nearly 1.5 million sales since its introduction in 2002. The ’21 model will be built alongside the Telluride in Kia’s West Point, GA, factory and is scheduled to go on sale in late 2020. 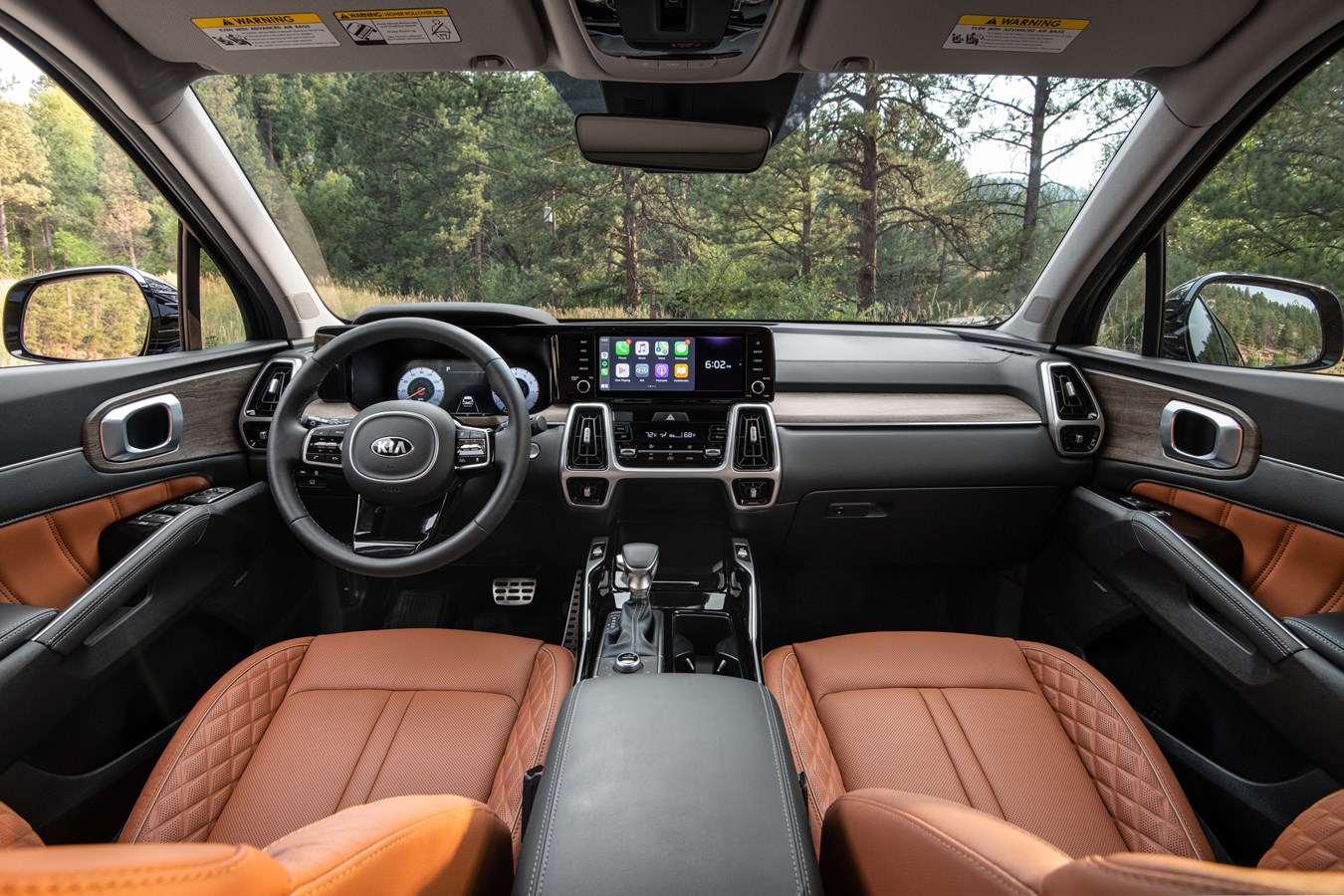 Through the first half of 2020, Kia sold 37,796 Sorentos, according to Wards Intelligence. All the rivals cited above outsold the current Sorento in the first half.

The new Sorento springs from an all-new third-generation “N3” platform that Kia says is lighter, stronger and designed to be more flexible than its predecessor.

The ’21 Sorento will be offered in five trims: LX, S, EX, SX and SX-Prestige. The CUV will be available with either front- or all-wheel drive and initially will be sold with three engine choices:

In 2021, the automaker will introduce an additional Sorento powertrain – a 1.6L turbo plug-in hybrid with a 66.9-kW electric motor and 8-kWh battery. It’s expected to produce 261 hp and have 30 miles (48 km) of all-electric range with standard all-wheel drive. 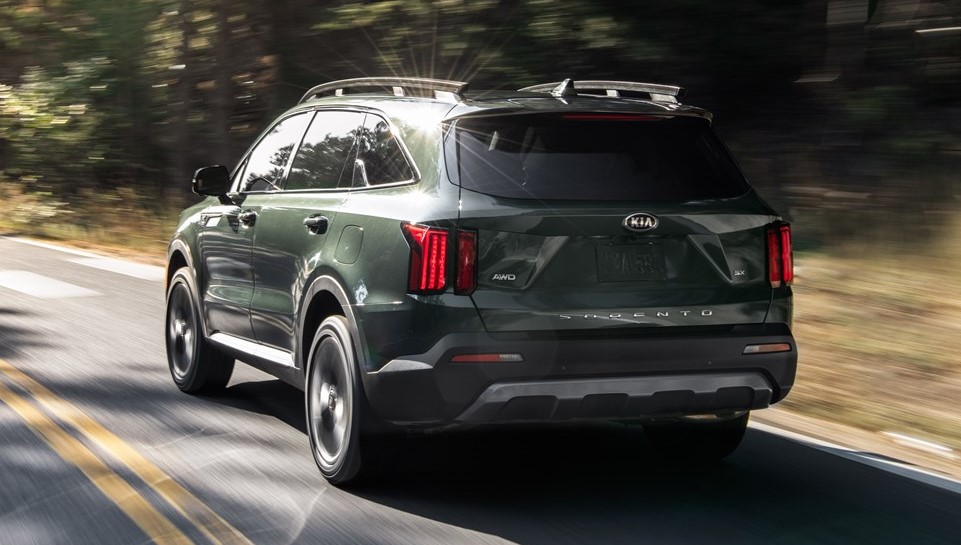 A new X-Line option will give the Sorento an extra inch of ground clearance, which Kia says will improve approach and departure angles. The package also will include a more advanced all-wheel-drive system with a snow mode and a more robust roof rack to carry extra gear.

Following other automakers’ moves to include giant displays in new vehicles, Kia will offer a 12.3-in. (31-cm) fully digital gauge cluster in the Sorento. Its 10.2-in. (26-cm) infotainment screen also will be offered, while an 8-in. (20-cm) touchscreen will come standard.

Upping the tech ante for 2021, the Sorento will offer two new features to help owners find and use their vehicles in urban settings.

The Find My Car with Surround View Monitor feature uses the Sorento’s cameras to build an image of the vehicle’s location and display it in the Kia Access UVO App. The Last Mile Navigation feature provides walking directions to the final destination if the vehicle is parked up to 1.2 miles (1.9 km) away. 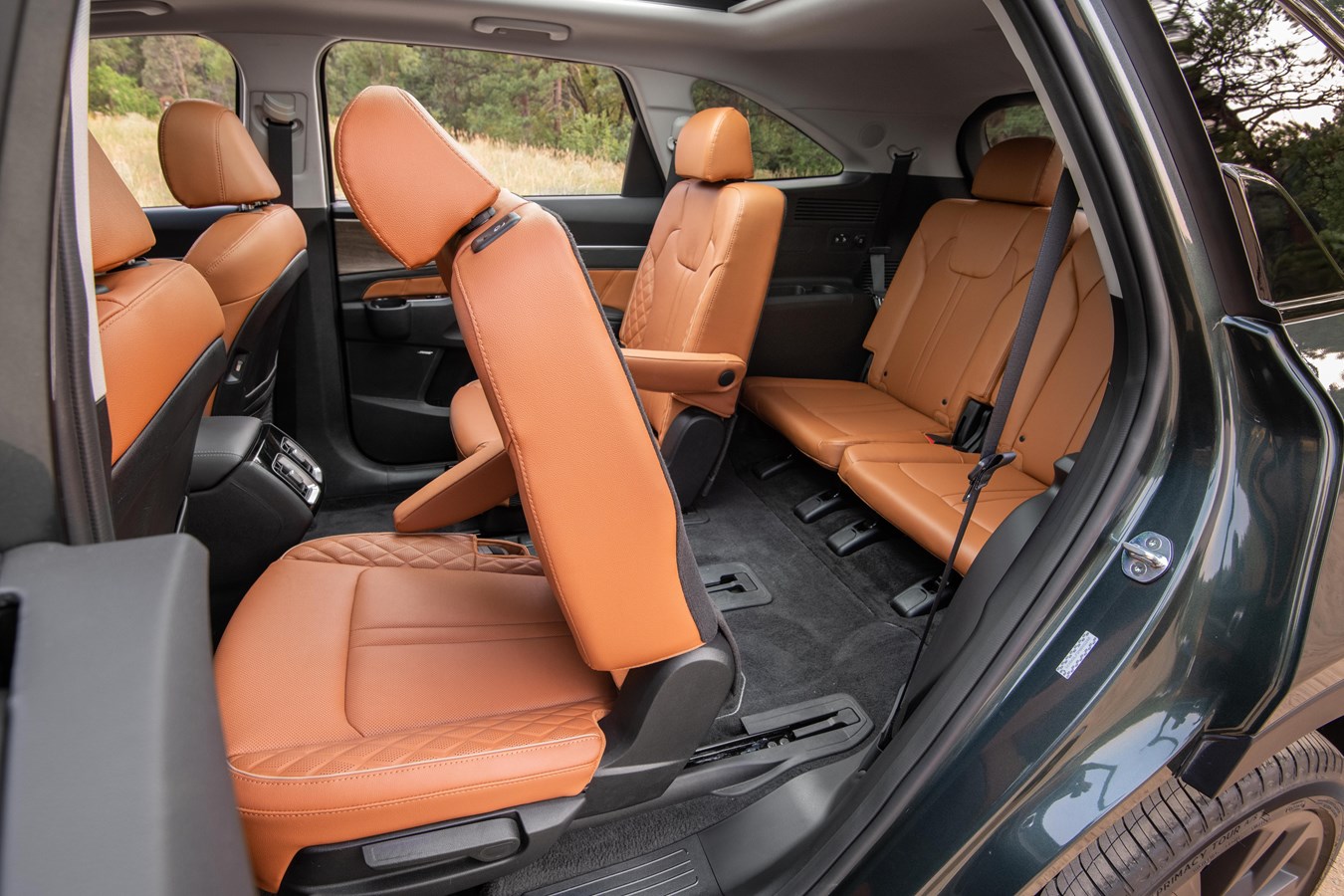