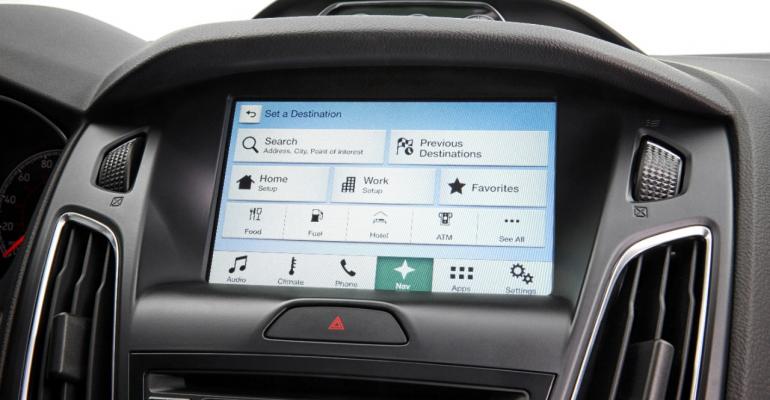 If the new system functions as expected, it should help Ford boost its third-party quality ratings, which have taken a hit due to the poorly functioning MyFord Touch and MyLincoln Touch infotainment systems.

Ford CEO Mark Fields says the automaker has been working to improve the current system with upgrades, which have helped raise recent quality rankings.

“We were trailblazers in the industry (with Sync),” he tells WardsAuto at a media event here. “It’s a big purchase reason and consumers are recommending it. We worked hard taking feedback and quality improved significantly, and we’re taking those lessons and using it for a system that brings it to the next level.”

The improvements may be a little too late for the MyFord Touch and MyLincoln Touch names, both of which will be phased out as Sync 3 is introduced on new models.

Fields declines to say whether the two names are being discontinued because of the bad publicity.

“We’re keeping it simple here and just calling it Sync 3,” he says. “With MyFord Touch we saw benefits, but clearly we had some quality issues. We’ve addressed that and listened to customers.”

The system will debut on all new ’16 models, with the North American rollout to be completed by the end of 2016, followed by the introduction to other global markets.

Ford developed the system with Panasonic, rather than Microsoft, which it partnered with on the first generation Sync.

The quick-response touchscreen combines with voice commands and smartphone-like features, including pinch-to-zoom and swipe that are central to Sync 3, which Ford says was developed with feedback from consumers.

The layout of the home screen also emulates a smartphone, with three zones – navigation, audio and phone. Tile-like icons dominate the screen, with a quick access function tray along the bottom making for a more straight-forward user experience.

When connected to an iPhone, Sync 3 offers integration with a new feature called Siri Eyes-Free control, which functions much like the automated assistant found on Apple’s smartphones.

Voice search results are enhanced by a better understanding of how consumers refer to businesses and other points of interest. Drivers don’t have to know an exact name, Ford says, noting someone looking for Detroit Metropolitan Airport can simply say Detroit airport.

Ford has not yet announced what vehicle will first get the new system.