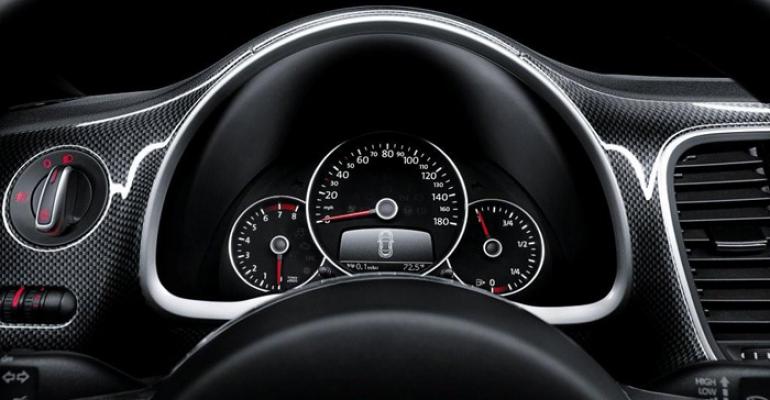 WardsAuto writers pass along the buzz at the 2012 WardsAuto&nbsp;Interiors Conference in Dearborn, MI.

Asked about the technology’s future, Min, executive design director-Volkswagen Group of America, says ambient lighting is “imperative, and it has not been played up as much as it should.”

Min says automotive designers work too hard on interior aesthetics – making sure fit and finish is perfected and material surface quality is top-notch – for all that to go unnoticed as soon as the sun sets.

“It’s a shame, all that disappears when you drive the car at night,” he tells the WardsAuto Interior Conference. “You want to make sure what you put into the interior can be seen day or night.”

"Nobody buys an iPhone because they need a phone,” he says. “We're in the business today of designing experiences."

Getting the human-machine interface right and making it safe to operate while moving down the road is one of the biggest challenges interior stylists face.

Jason Diehl, design manager for GM’s Cadillac User Experience (CUE) HMI, is asked if safety was a consideration when designing the system that is debuting in the ’13 SRX, XTS and ATS and will be a key design element in all Cadillac interiors going forward.

“It’s a big part of what we do,” he tells the WardsAuto Interiors Conference, pointing out CUE’s touchscreen operates like that of a smartphone’s, now familiar to consumers. Proximity sensors allow some functions to be controlled with a hand gesture, and the Cadillac system also incorporates voice recognition.

“Early numbers indicate CUE is better” at functioning without distracting the driver, Diehl says. Then he takes the opportunity to throw a jab at some of his German competitors, who have been the target of criticism for having overly complicated HMIs.

“We call it ‘cracking the safe,’” he says of the console-mounted dials BMW, Audi and some other brands use to control infotainment functions through the central navigation screen. “It’s harder having to use a tumbler to sift through information (screens).”

Carla Bailo, Nissan senior vice president-R&D for the Americas, commenting on the spaciousness of the Infiniti JX35 cross/utility vehicle, says, “If people in the second and third rows aren’t happy, we all know nobody is.”

Kevin Hunter, president of Toyota's CALTY Design Research unit, is excited to have noted car-guy Akio Toyoda at the helm to lead the auto maker's design renaissance. "I see him more in a race suit than a business suit," he says.