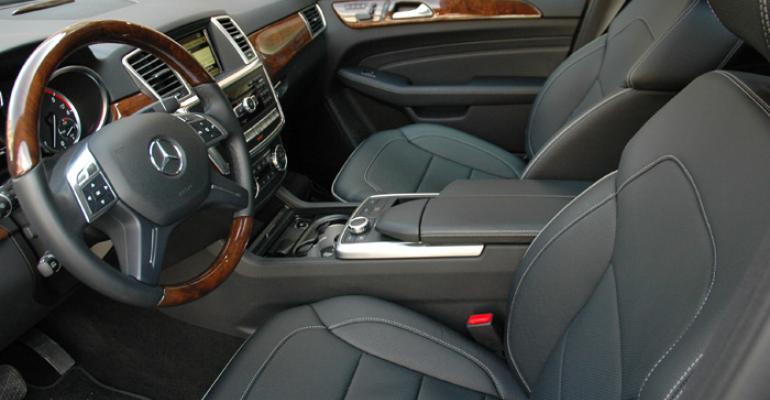 This year&rsquo;s field of 39 nominees for Ward&rsquo;s 10 Best Interiors includes 13 luxury cars and utility vehicles and not a single pickup truck. Winners will be honored May 17.

It was one year ago that WardsAuto editors ditched the vehicle segmentation that for years had governed the Interior of the Year competition and renamed it Ward’s 10 Best Interiors.

The new name allows us to apply the proven model used to pick Ward’s 10 Best Engines, a process that pits all vehicles against one another, without requiring them to compete specifically with models in the same segment.

The best part about the new criteria is the freedom to celebrate multiple vehicles in one segment if several are spectacular, while ignoring a category if every entry is a dud.

The timing for our switch is ideal because this year’s class of 39 nominees for 2012 Ward’s 10 Best Interiors is heavy with luxury cars and utility vehicles.

With 13 premium entries, plus another four considered to be near-luxury, flexibility to recognize more than one may be necessary.

Unlike with 10 Best Engines, the interiors competition has no price cap. Still, value remains an important factor in the judging process, which keeps vehicles such as the Dodge Dart and Hyundai Accent from being overlooked.

Beyond the luxury representatives, this year’s field also is packed with seven utility vehicles, including the Ford Flex, Honda CR-V and Mazda CX-5.

That’s in addition to the Dodge Grand Caravan RT, the so-called “man van” because of its sporty demeanor and man-cave interior appointments.

For enthusiast drivers, the interiors of the new (or refreshed) Fiat 500 Abarth, Ford Mustang, Honda Civic Si, Hyundai Genesis coupe and Mini Coupe are being evaluated.

Entries at the upper end of the car market include the Chevrolet Malibu, Ford Taurus, Hyundai Azera, Toyota Camry and Volkswagen Passat.

Not a single pickup or other body-on-frame truck is part of this year’s competition.

To be eligible, an interior must be new or significantly improved for the ’12 model year and available in near-production sheet metal. Early prototype builds are excluded because interior fit-and-finish generally is not indicative of salable units.

As a result, vehicles that could not be included in this year’s competition include the new Acura RDX, Cadillac ATS, Ford Escape, Honda Accord, Lexus GS and Nissan Pathfinder. Watch for them next year.

WardsAuto editors have been rating and comparing the 39 interiors throughout February and March.

Points also are awarded, or subtracted, based on how well vehicle information is communicated to the driver, as well as the functionality of the human-machine interface.

The winners will be announced in late April and featured in stories, photo galleries and videos on WardsAuto.com and in the May edition of WardsAuto World digital magazine.

The winners will receive their trophies during a special ceremony at the WardsAuto Interiors Conference May 17 at The Henry Hotel in Dearborn, MI.