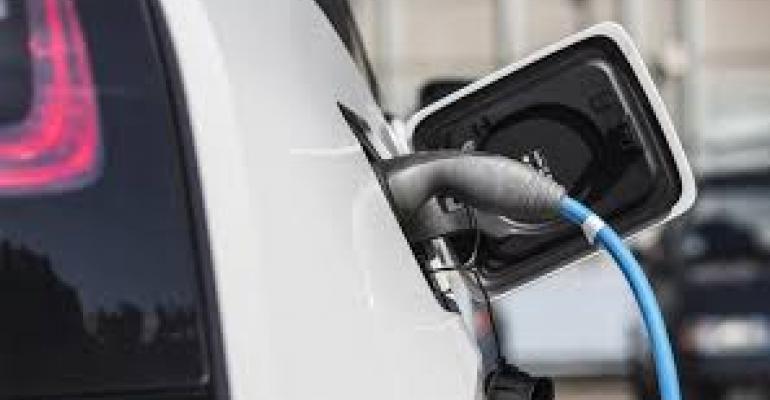 The European Investment Bank says Cikautxo will use the investment to create “sustainable production processes enabling the development of innovative products to help manufacture less-polluting vehicles” at its plants in four European countries.

HAMBURG, Germany – With automakers looking for ways to lightweight electric and hybrid vehicles to boost performance and battery life, the European Union is investing in a Spanish company seeking to develop recyclable thermoplastic alternatives to rubber for auto parts.

The European Investment Bank, the EU-linked development institution, is sinking €26 million ($29.2 million) into Cikautxo, which specializes in developing and making plastic and rubber auto components as well as materials. The EIB is drawing on a European Fund for Strategic Investments, which also is supported by the EU’s executive branch, the European Commission.

An EIB note says the Basque Country-based company will use the money to create “sustainable production processes enabling the development of innovative products to help manufacture less-polluting vehicles” in its Spanish plants (€19.8 million [$22.3 million]), and those in the Czech Republic (€780,000 [$877,000]), Slovakia (€2.7 million [$3.0 million]) and Romania (€2.6 million [$2.9 million]).

The money will fund materials research to aid in the production of low- and zero-emissions engines, reducing their fuel consumption and boosting sales in Europe of hybrid and electric vehicles.

The investment in Spain, for instance, will enable Cikautxo to install production equipment to upgrade existing rubber and plastic transformation processes. In Romania, it would allow the company to add advanced extrusion, blow-molding and injection equipment and a new filtration plant, reducing wastewater.

Germany’s BASF has long partnered with automakers and suppliers in lightweighting solutions, both in interior and structural exterior applications. A recent example is Elastoflex, a bio-based foam composed of castor oil, that is installed beneath the instrument panel of the ’18 Ford Fusion. With its robust and fine cell structure, the foam can be molded to less than 0.2-in. (5-mm) cross sections, contributing to reduced weight and usage of plastic.

“Vehicles with larger batteries and motors have longer ranges, but they are also heavier and costlier, and for every pound that can be reduced from a vehicle more range is added to the battery, a key differentiator in the market,” says Dalia Naamani-Goldman, e-Mobility market segment manager-BASF performance materials division North America.

She says the company is working on battery materials and a lightweight portfolio of polyurethane foams and engineering plastics. 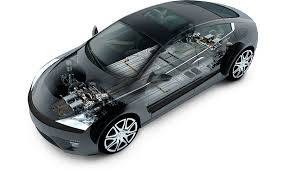 Will there be limits to the development of this lightweighting technology? Holger Erth, a professor of technical textiles at Germany’s Chemnitz University of Technology, thinks maybe. He has found evidence that the tendency to lightweight EVs and hybrids is slowing. Part of the explanation is that for EVs, recuperation increasingly plays an important role, taking away some rationale for ever-lighter vehicles.

“Lightweighting is certainly not as big a topic as it used to be when BMW launched the i3 and the i8 in 2013, and Volkswagen has never been so focused on carbon fiber in the first place,” Erth says.

“Lightweighting is partly held back also by environmental concerns, as the separation of composite materials for further recycling still presents a headache to the auto industry.”

Netherlands-based DSM is developing the next generation of plastics and high-temperature nylon solutions for the European automotive sector. “In the 1950s, plastics accounted for 1% of the value of a car. Today, lightweight plastics make up at least 50% of a vehicle’s volume – but only 10% of its weight,” a company spokesperson tells Wards.

ith simpler metal replacement opportunities having been undertaken, DSM currently is targeting electric cars’ heaviest component – battery packs – for integration of plastics. It is working with academics researching the lightweighting of medium-production-volume EVs destined to reach the market in the next 8-12 years.

A manager at the Dutch company, however, admits “While it’s tempting to only focus on EVs, in reality, the internal-combustion engine is still going to be around for many years,” so plastics engineers need to focus on a broader template of automobiles.

The DSM official notes his company has worked with Ford to replace chain tensioner arms with a new Stanyl PA46 resin, which has the potential to reduce both fuel consumption and greenhouse-gas emissions by its ICE-powered Ford F-150.

– with Diana Yordanova in Brussels and Keith Nuthall in Ottawa