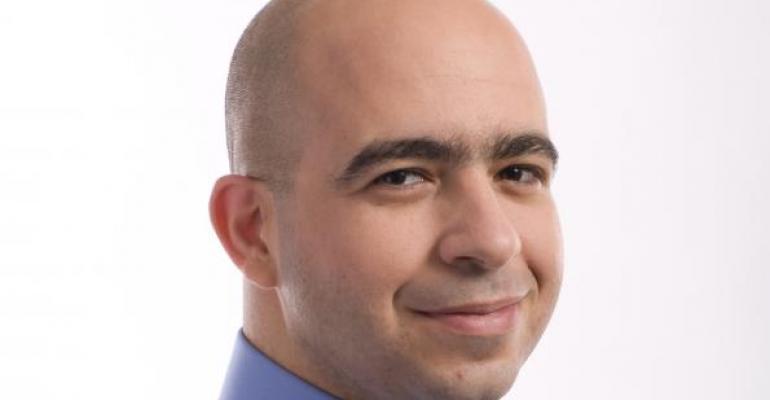 Thanks to dramatic advances in deep learning and computer vision, simulation technology offers a much safer and faster road to the future of self-driving vehicles than road testing in the real world ever will. &nbsp;

For most intents and purposes, staying grounded in the real world is the best policy. There’s a good reason to break that rule, however, when the goal is bringing autonomous vehicles into our everyday lives: simulated road testing.

Thanks to dramatic advances in deep learning and computer vision, simulation technology offers a much safer and faster road to the future of self-driving vehicles than road testing in the real world ever will.

There’s still no strong consensus on precisely when autonomous vehicles will break through to widespread mainstream use. Promises from carmakers and expert predictions from all sides of the industry vary greatly, from 2019 (Volkswagen) to 2020 (Audi) or 2021 (Ford), or perhaps by 2022 (NVIDIA) – or, as one analyst estimates, it could be another 20 years before all the necessary government regulations are in place.

Whatever the magic date may be, simulation technology is certain to get autonomous driving there sooner than many insiders expect.

That conclusion hinges on the two main components of road-testing self-driving vehicles.

First is the software stack – the technology that makes it possible to collect data with sensors and run algorithms to analyze the data, all to tell us where the car is located in the three-dimensional world.

Next is the ability to make decisions within the testing environment, just as a human driver would need to make decisions on the fly (such as how to deal with stopped school buses and emergency vehicles with flashing lights). Simulation is the only answer to testing both aspects with equal accuracy and efficiency.

How can simulated road testing be superior to driving actual autonomous vehicles on actual physical roadways? It may seem counterintuitive, but in fact, it’s quite straightforward. Simulation platforms beat the real world easily in every major aspect of effective road testing: accuracy, the ability to test countless variations in road conditions, scale and cost.

As in many other areas of our lives, the computers running autonomous-driving simulation scenarios know and understand the ground truth more than human drivers could possibly grasp. Data, controlled more consistently and tightly, is inevitably of higher quality. The simple truth is that real-world road tests are never as accurate as simulated road tests since they don’t include the ground truth.

What’s more, computers can quickly and easily generate limitless variations on anything and everything that affects how actual self-driving cars perform—including weather, traffic, time of day and road conditions. Physical road tests could run for years and never encounter all the variations a simulation can run through in mere hours.

The High Cost of Scale

The car makers building out autonomous vehicles today enjoy no economies of scale. Test models are manually made one at a time, which keeps manufacturing costs extremely high for each unique production.

Taking a self-driving car out into the world is a hugely expensive process as well. Each test run requires a driver, an engineer, a control room overseer and a safety driver (a local expert who takes charge at the local level). Permission must be secured from every municipality involved; local regulations must be digested and geography learned. It’s no surprise that insurance is painfully expensive. And once the test is over, analyzing the resulting data can cost hundreds of dollars.

In addition, consider that only several states in the U.S. have autonomous-car tests on their roads, including Arizona, California, Massachusetts and Nevada. In short, the infrastructure to collect good data from road tests does not yet exist.

Simulation platforms resolve all of these issues, and the cost of data analysis drops to mere cents.

The ability to scale is particularly crucial when it comes to anticipating all possible conditions in other countries, to prepare for active test-driving in locations where it is not yet under way. A simulation platform can cover the many situations and combinations of conditions that potentially could occur, including the unexpected and unique occurrences called edge cases. (In Boston, for instance, flocks of seagulls huddling in roads have confused self-driving cars previously tested in Singapore, where no such problem exists).

The advantage can also extend to physical road testing, as when Volvo’s self-driving cars encountered an unusual problem during recent test drives in Australia: kangaroos. Autonomous vehicles use the ground as a reference point to detect large animals like moose and elk; kangaroos confuse the vehicles because they hop off the ground and move through the air. Simulation can meet unique challenges like these more efficiently and less expensively than physical road-testing.

How fortunate it is that the autonomous vehicle industry is coming of age in an era of highly effective artificial intelligence, deep learning and computer vision. Why wouldn’t the AV industry choose to tap the power of those technologies?

Simulated road testing is one of the surest ways to make the road to the future of self-driving cars simpler, shorter and safer.

– Danny Atsmon is CEO of Cognata.