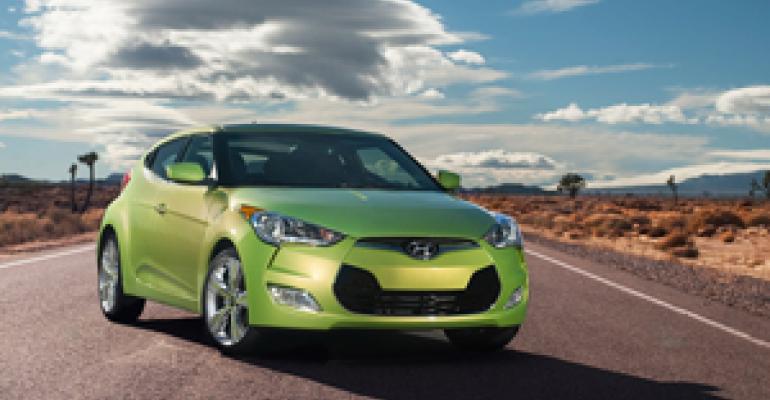 The South Korean auto maker has suffered a shortage of key products this year but is concerned building a new plant and adding new employees will put its hard-fought quality ratings at risk. Hyundai has been capacity-constrained for much of this year, unable to build as many vehicles as customers are demanding.

“All the demand signals say we should do something sooner rather than later,” Krafcik tells media today during a preview here of models Hyundai will roll out at the upcoming Los Angeles and Detroit auto shows.

But as he told WardsAuto in September, Hyundai's new philosophy is not to chase volume but to maintain its hard-fought quality and reliability scores. A new plant with an inexperienced workforce could put those gains at risk.

Krafcik is mum on potential timing for a decision on whether to add capacity and whether any sites in North America or elsewhere have been scouted.

Hyundai is expected to squeeze some 330,000 units of production out of its Montgomery, AL, factory this year. The plant is home to the Sonata and Elantra sedans.

On the topic of the Elantra, Hyundai next year will retail two new variants, a coupe and a 5-door. The coupe will be unveiled at the Chicago auto show in February and the 5-door, which will resemble the Hyundai i30 5-door from Europe, will be shown at a later, unspecified date.

Hyundai expects the coupe to account for more than 20% of Elantra sales.

Also on tap next year is a turbocharged version of the Veloster 3-door, a refreshed Genesis coupe and next generations of the Santa Fe cross/utility vehicle and Azera large sedan.

Krafcik says many buyers of the Veloster, which just went on sale in September, are new to the Hyundai brand. The top three trade-ins are the Honda Civic, Mazda3 and Honda Accord.