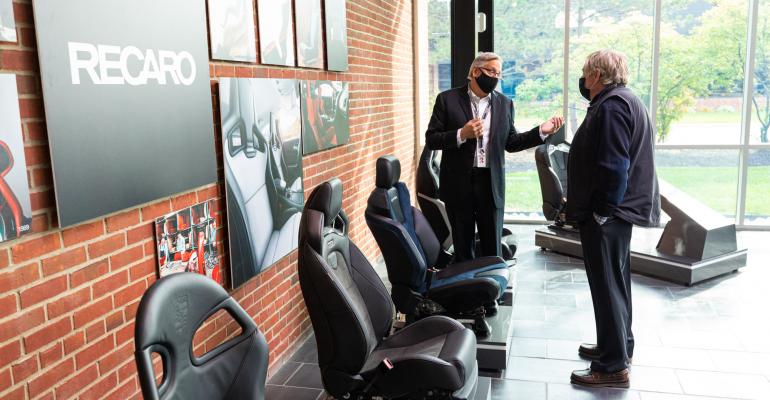 Recaro Automotive, best known for its racing seats, takes possession of new Detroit-area headquarters in a move that emphasizes the supplier’s newfound independence.

“We are thrilled to announce the opening of our Recaro North American facility,” says Emil Kreyok, Recaro’s president and chief operating officer.

“As we continue to present cutting-edge products, we’re excited to open this advanced U.S. hub for production and innovation,” he says. “Through our seat offerings, we are confident that we will continue to help our customers achieve great performance and inspire passion for driving.”

With its new offices and corporate structure, created when it was spun off by Adient in January, Recaro will continue to develop, produce and market premium vehicle seats for both OEMs and the aftermarket. It has 425 employees in three locations in the U.S., Europe and Japan and posted sales of $150 million during fiscal 2019.

The open house in the company’s new quarters in Clinton Township northeast of Detroit gave Recaro a chance to show off prototypes of new lightweight seat bolsters and heating elements that can fit into a range of vehicles. 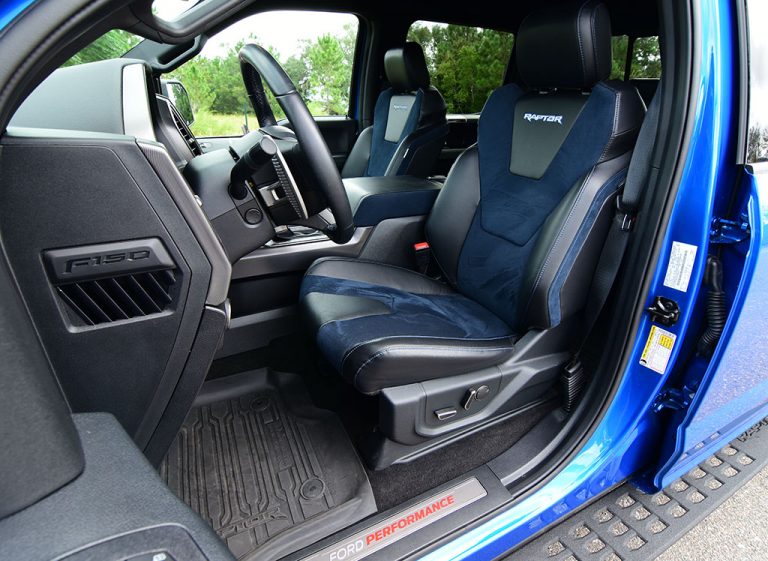 With the new corporate structure in place, Recaro will focus on its core business: performance seats, ergonomic seats and special applications with shorter and faster decisions, allowing greater flexibility to better meet the requirements of the market, McElroy says.

The company also will continue to focus on performance products for vehicles such as the Ford F-150 Raptor (above), which includes manual headrests, backrests for torso support and electronically activated lumbar support, tilt, backrest and height adjustment, she says.

International shipments of seating materials and products will be processed at the new facility.

Recaro’s most recent North American product launch, its first-ever off-road seats, will appear in the Pro Racer XL ORV and Cross Sportster ORV, which come to market by year’s end, according to the company website.

Recaro says it expects to add jobs within the Detroit area. The supplier is controlled by Raven Acquisition, a U.S.-based LLC formed by a former Recaro executive and TCE Enterprises, a family investment LLC with extensive automotive experience.

The company uses the Recaro name under a licensing agreement with Recaro Holding of Stuttgart, Germany, which also controls Recaro Aircraft and Recaro eGaming.

The German company traces its lineage to the early 1900s. The Recaro name, a combination of earlier names, first appeared in 1963; it went on to produce innovations such as the first bucket seat in 1967 and first racing-specific seat in 1974.