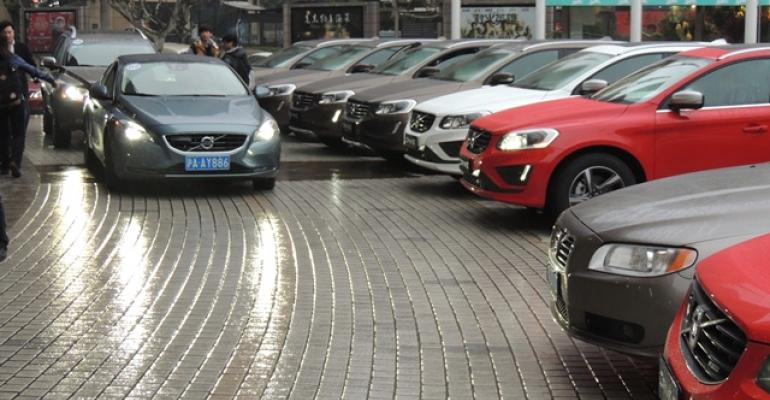 The Ward’s 10 Best Engines program went on the road this week to a Volvo powertrain launch program in Shanghai.

The Swedish automaker, owned by China’s Geely Automobile since 2010, is presenting to 200 Chinese journalists two new 2.0L Drive-E 4-cyl. engines springing from a modular strategy that will cover every vehicle in its range, from an entry-level luxury car to the next-generation XC90  cross/utility vehicle.

First out of the chute are the 240-hp turbocharged “T5” I-4 in the V60 wagon and the 302-hp “T6” employing both supercharging and turbocharging in the XC60 CUV. A twin-turbo diesel is among eight other engines planned, all with no more than four cylinders. Both engines employ direct injection, stop/start and new 8-speed automatic transmissions.

The first two new Volvo engines will be eligible in the 2015 Ward’s 10 Best Engines competition this fall. WardsAuto editor Tom Murphy spoke to the journalists at the event about the competition and proliferation of capable 4-cyl. engines across multiple vehicle segments.