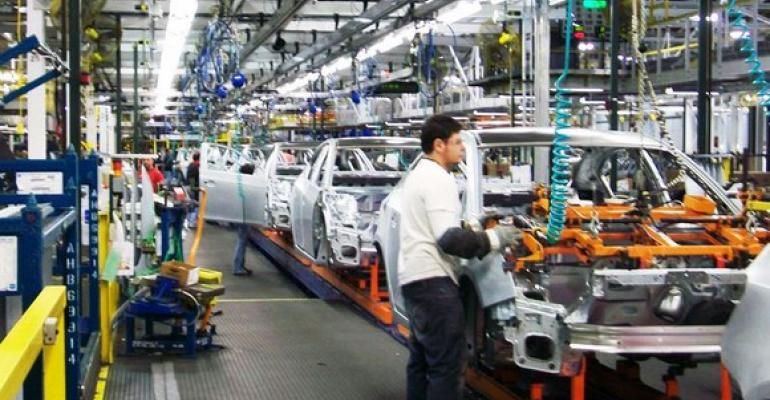 A union leader is asking President Donald Trump to help save the General Motors assembly complex in Lordstown, OH, that faces a shaky future in the wake of GM’s decision to reduce it to a one-shift operation at the end of June.

Dayna Hart, a GM spokeswoman, has declined to comment specifically on the letter David Green (below, left), president of UAW Local 1112, sent to Trump last week.

“I am reaching out to you today because the future of many Ohio working families is in jeopardy,” wrote Green, whose letter dated July 6 is circulating on union-oriented social-media sites.

“While I represent the hard-working men and women at the General Motors Lordstown complex, many other working people will be impacted if we cease to exist,” Green’s letter says. “We work hard every day in order to produce one of the highest quality automobiles General Motors builds, the Chevrolet Cruze.

“Unfortunately, two-thirds of our work force has been laid off,” the letter says. “You campaigned on the promise to keep Americans working, yet on June 22, 2018, GM announced they would build the new Chevrolet Blazer in Mexico. Ironically this was also the very last day of our second shift, (and) another 1,200 workers were laid off.

“The fact (is) that many of our workers here in Ohio voted for you, and for you to remain silent on this issue is disturbing. What’s more, GM recently received a huge tax break through the new tax policy. The cut in the corporate tax rate will save General Motors billions of dollars,” Green says.

“That is why I am respectfully asking that you make a request of General Motors to re-invest their tax savings in the Lordstown complex. If you sell it here, you need to build it here.”

Green tells WardsAuto he has not heard back from the White House. “I expect it will take some time,” he says.

The UAW has supported Trump’s push to revise the North American Free Trade Agreement but has neither endorsed the president’s imposition of tariffs on steel and aluminum imports from Canada, Mexico and the European Union, nor his threats to add a tariff to imported auto parts. “This news that the iconic Blazer nameplate will be built in Mexico is disappointing to UAW families and communities across this country,” says UAW Vice President Terry Dittes, who heads the union’s GM Dept.

“GM employs over 15,000 production workers in Mexico, pays the workers less than $3 per hour and exports over 80% of the vehicles to the U.S. to sell here. This is all happening while UAW-GM workers here in the U.S are laid off and unemployed. We in the UAW have always supported products manufactured and produced in the U.S. and will continue to do so as a part of the fabric of our union,” Dittes adds.

GM eliminated the third shift at the Lordstown plant, traditionally one of the automaker’s busiest, in January 2017 as sales of compact cars declined even as sales of utility vehicles rose.

Hart, the GM spokeswoman, says in an e-mail that product decisions are made several years in advance, and when the automaker decided to move Blazer production Lordstown was on three shifts, so building the SUV there would not have been an option at the time.

“The shift from cars to SUVs and crossovers occurred just in the last few years, after the decision was made on where to build the Blazer,” she says.