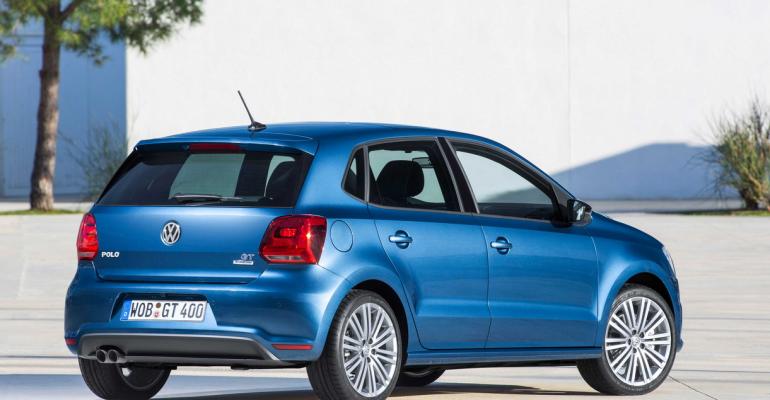 The so-called Second Model Agreement asks VW to retain the Landaben plant as the primary Polo assembly facility and maintain production at current levels. Both sides would negotiate competitiveness targets established by the automaker.

MADRID – Representatives of workers at Volkswagen’s Landaben, Spain, plant are negotiating with the automaker to retain production of the Polo subcompact and add a second model to the facility near Pamplona.

The plant currently produces only the Polo. Maximum capacity is 1,400 vehicles per week, but VW last year announced it was investing €900 million ($999 million) through 2018 to remodel and expand Landaben to build the sixth-generation Polo due on the market in June 2017.

Nineteen of 29 of the Landaben works council’s members have signed the so-called Second Model Agreement, which asks VW to retain the plant as the primary Polo assembly facility and maintain production at current levels. In exchange, worker absenteeism would be reduced to 3.5% by July 2019, work days would be added and both sides would negotiate competitiveness targets established by the automaker.

The worker representatives have made unspecified salary-increase demands and called for hiring 300 to 500 new workers.

“I am very pleased with the agility in the negotiation process which has led to a balanced agreement, with measures that improve our competitiveness and, if (the) Landaben plant is finally awarded with the new model, will improve the stability of the plant,” says Susanne Dellit, human-resources manager at the facility.

Plant Manager Emilio Sáenz told worker representatives at the start of negotiations that the awarding of a second model would not reduce Polo production levels, although output reached 298,000 units in 2015 and only 274,000 builds are scheduled for 2016. Maximum production was reached in 2011, with 353,355 units.

But because the planned investment is for the period 2016-2019 and the second model will not be marketed until mid-2019, it is likely that resources will be earmarked for the second model, which has not been identified.

“A second model would grant work for Landaben (for) 15 more years,” Saenz says, adding, “with two models it is easier to set the oscillations of the market demand.”